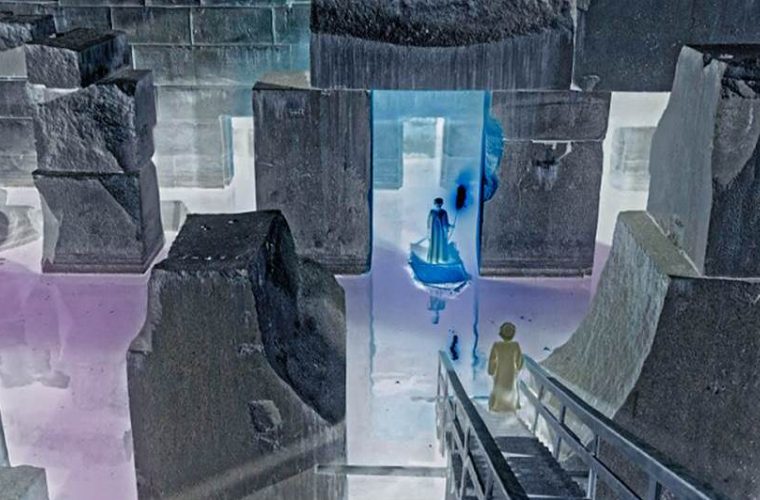 The film, which has been commissioned by Mathaf: Arab Museum of Modern Art, under the leadership of Qatar Museums’ Chairperson, HE Sheikha Al Mayassa bint Hamad bin Khalifa Al Thani, will be screened at the museum at 6pm on Wednesday 3rd May, and is open for all to attend. It is the third in the series, Al Araba Al Madfuna (2012-2016), created by Shawky.

Shawky drew inspiration from two places when creating the film – first, his experience living in Upper Egypt and second, from Egyptian novelist Mohamed Mustagab’s collection of short stories, called ​Tales from Dayrut (1983). These together have created an experimental cinematic experience about the way society writes and fictionalises history.

Following the 25-minute screening, Wael Shawky will be in conversation with Mathaf Director Abdellah Karroum to discuss the film and his artistic research on the Gulf project, as part of his residency at Mathaf since 2016.

“It is an honour to welcome Wael Shawky back to Mathaf to screen his latest film. This film premiere is part of our commitment at Mathaf to be a centre for dialogue, a place to foster creativity and an institution that celebrates modern and contemporary art. We are expecting a great turnout for this unique event.”

Mathaf presented a major solo exhibition by the artist in 2015 titled Wael Shawky: Crusades and Other Stories. During this show, he presented large-scale installations of two film trilogies – Cabaret Crusades (2010 – 2015) and Al Araba Al Madfuna (2012 – 2015).

Wael Shawky was born in Alexandria, Egypt, in 1971. His works, spanning video, drawing and performance, are in-depth productions about the way history and mythology are written, offering crucial perspectives on contemporary narratives of uncertainty and change. Mathaf presented a major solo exhibition by the artist in 2015 titled Wael Shawky: Crusades and Other Stories. He has also presented solo exhibitions at Castello Di Rivoli, Turin (2016); Kunsthaus Bregenz, Bregenz (2016); Fondazione Merz, Turin (2016); MoMA PS1, New York (2015); K20, Düsseldorf (2014); and Serpentine Gallery, London (2013), among others.