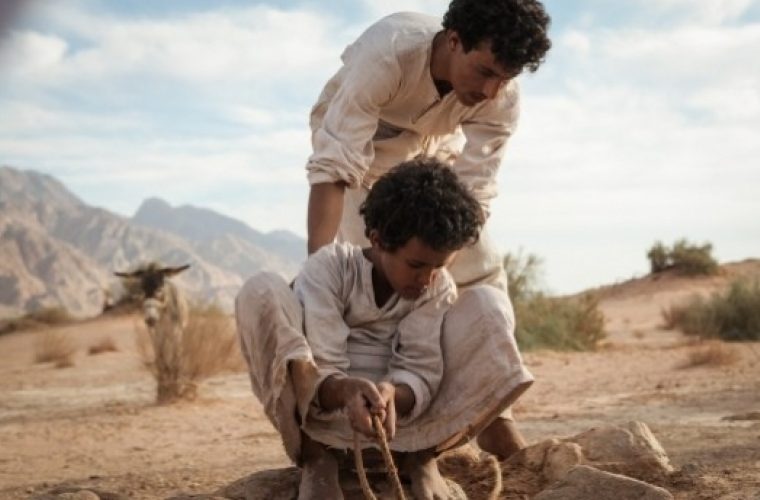 The second day of the 2014 Ajyal Youth Film Festival (Tuesday, December 2), organised by the Doha Film Institute, will feature three captivating films that are in-competition and part of the Doha Film Experience wherein young jurors from around the world will evaluate them for Ajyal’s top honours.

Screening at 7 PM at Katara Opera House is Theeb (Jordan/UAE/UK; Arabic, English; 2014), directed by Naji Abu Nowar, named as Variety magazine’s Arab Filmmaker of the Year 2014. Set in 1916 in a small encampment in the Hejaz region, the film won the Black Pearl Award at the Abu Dhabi Film Festival and also fetched Nowar the Best Director in the Orizzonti section at the 71st Venice Film Festival.

Theeb narrates the story of its eponymous protagonist secretly pursing his elder brother and a mysterious British soldier on a journey to an ancient well located on the route to Mecca. Shot in Wadi Rum and Wadi Araba, the film is a wonderful celebration of the astonishing beauty of the Arabian desert and a way of life that has been all but forgotten.

Whiplash (USA, English, 2014), directed by Damien Chazelle is another award-winning film that will be screened at 9 PM at Katara Drama Theatre. The film is about an ambitious young drummer who clashes with his ferocious instructor at a cutthroat music academy. The teacher ruthlessly preys upon the youth’s perfectionism driving him to the brink of insanity in an escalation of terrifying events.

The highpoints of the movie are the towering performances of JK Simmons as the instructor and Miles Teller as the student. Demolishing clichés about child prodigies, the film won the audience and grand jury awards at Sundance in 2014.

Another inspiring film that challenges prejudices is If I Had Wings (Canada, English, 2013), directed by Allan Harmon, screening at 9.15 PM Katara 12 Theatre B. It narrates the story of Alex Taylor, a teenager with a big dream: To run with the school cross-country team and participate in the county championship race.

There are a few things standing between Alex and his goal, the most significant being that he is blind. The only solution is to find a running partner who is fast enough to catch up, who happens to be a Native Canadian kid. A heartfelt story of camaraderie set in the gorgeous landscape of the Canadian West, the film hits hard at the damage wrought by unfounded prejudice against people.

Also on Tuesday, Ajyal Youth Film Festival will host the screening of director Peter Jackson’s The Lord of the Rings: The Fellowship of the Ring (USA, New Zealand; English; 2001) as part of the Sony Pop-Up Cinema. The film will be screened at 8PM at Sony Pop-up Cinema, Katara, providing the opportunity for family audiences to watch the movie under the stars for free. They only have to reserve the tickets online at www.dohafilminstitute.com; seating is limited and available on a first-come, first-served basis.

Movies in The Lord of the Rings trilogy as well as the first two chapters of The Hobbit will be screened daily as part of the Special Screenings at the 2014 Ajyal Youth Film Festival at KE-Sony Pop-up Cinema.