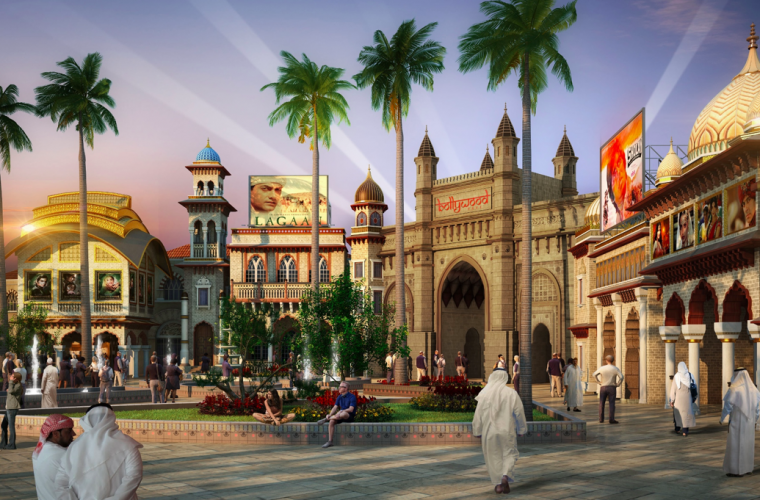 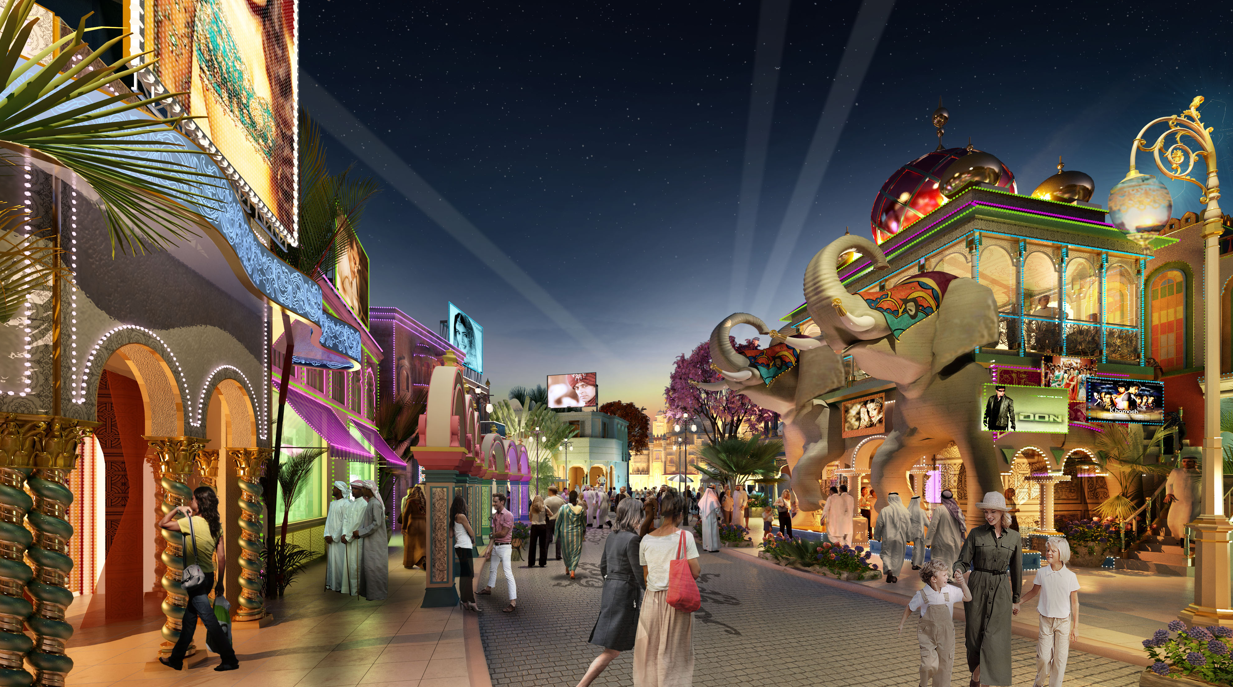 The experience will kick off at the entrance to the theme park on ‘Bollywood Boulevard’ where an ongoing site-wide live entertainment fixture combining dance performances, character interactions and street theatre will keep guests energized and engaged.

In addition to the themed zones, Bollywood ParksTM Dubai will offer a variety of retail outlets and themed restaurants integrating vibrant elements that are quintessential Bollywood.

Raed Al Nuaimi, CEO of Dubai Parks and Resorts LLC, said: “The cultural impact and appeal of Bollywood is universal with a global fan base of over three billion people. For the first time ever, a theme park in the region will recreate for residents and tourists the unparalleled glamour and extravagance of Bollywood on one stage. Here guests can live, learn, and immerse themselves in the delightful fantasy that they get to experience on the silver screen.” 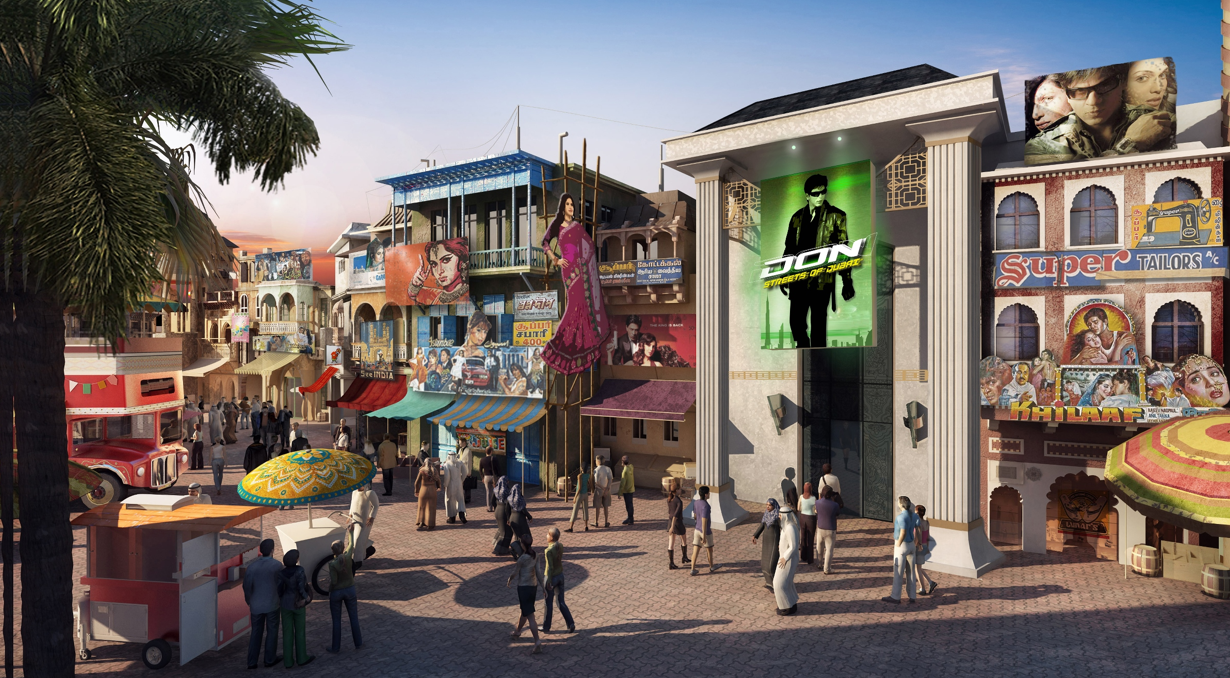 Commenting on the creation of Bollywood ParksTM Dubai, Red Chillies Entertainments, which is owned by Shah Rukh Khan said: “The United Arab Emirates is a cultural potpourri. Not only non-resident Indians but Emiratis, Arabs and people from other Asian countries living here are ardent Bollywood fans. We are sure the theme park with its spectacular rides and attractions will successfully bring the Bollywood experience to life.”

Arbaaz Khan of Arbaaz Khan Production Pvt. Ltd. said, “The connection between the United Arab Emirates and Bollywood is without doubt, very strong. Hindi films are very popular with Arabs and thus this region serves as a vital market for Bollywood. I am proud that our blockbuster film Dabangg is being showcased here.”

On his part, Aamir Khan from Aamir Khan Productions Pvt. Ltd. said: “I am happy to be associated with Bollywood ParksTM Dubai, a first-of-its-kind endeavor to recreate the magic of Hindi cinema outside of Mumbai. The United Arab Emirates has always been a big market for Hindi films and I am sure the theme park will prove an instant hit with visitors.”

Rakesh Roshan, director-producer of FilmKRAFT Productions (India) Pvt. Ltd. said, “Over the years, I have been focusing on sci-fi films that have proved to be immensely popular with people of all ages. I am happy to see my film Krrish being recreated with stunning effects which will amaze visitors at Bollywood ParksTM Dubai. 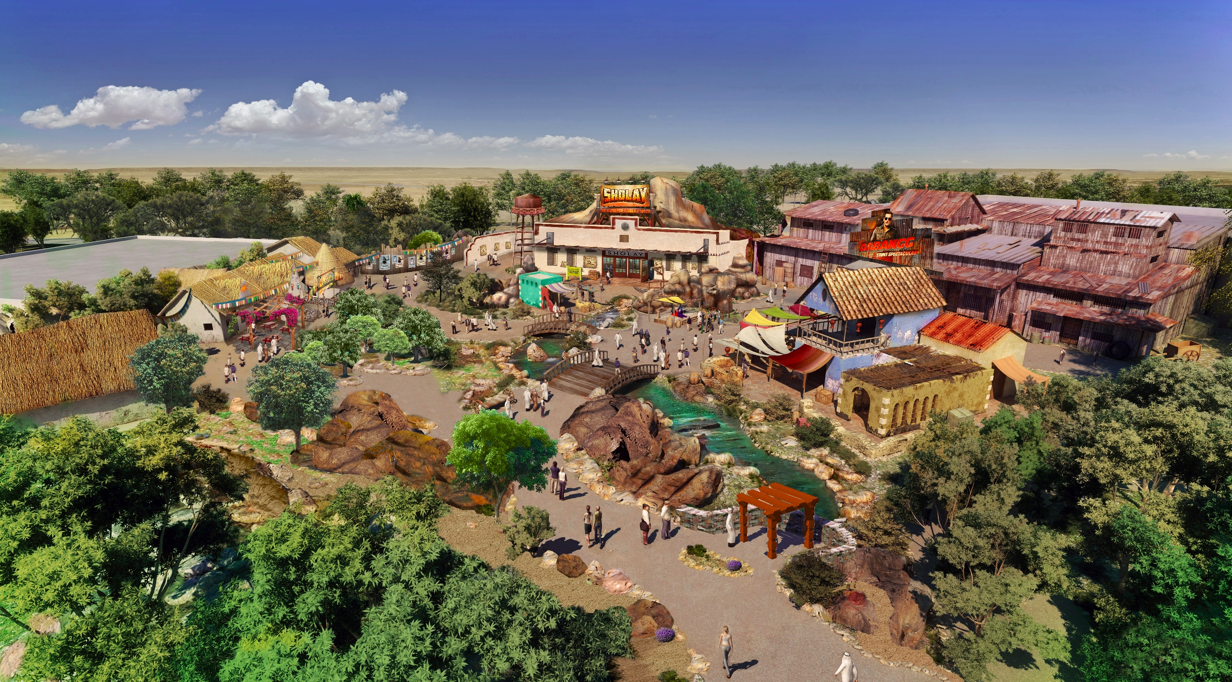 Ritesh Sidhwani, Founder of Excel Entertainment said, “Bollywood ParksTM Dubai is an unique concept which will undoubtedly be a success with tourists and residents. With our films such as ROCK ON, DON(The Chase) and Zindagi Na Milegi Dobara being featured, we aim to engage the audience with larger-than-life moments through the art of direction and performance.”

Dubai Parks and Resorts LLC articulates Dubai’s Tourism Vision 2020 that aims to double annual visitor numbers from 10 million in 2012 to 20 million in 2020, and increase the overall economic contribution to the tourism sector.