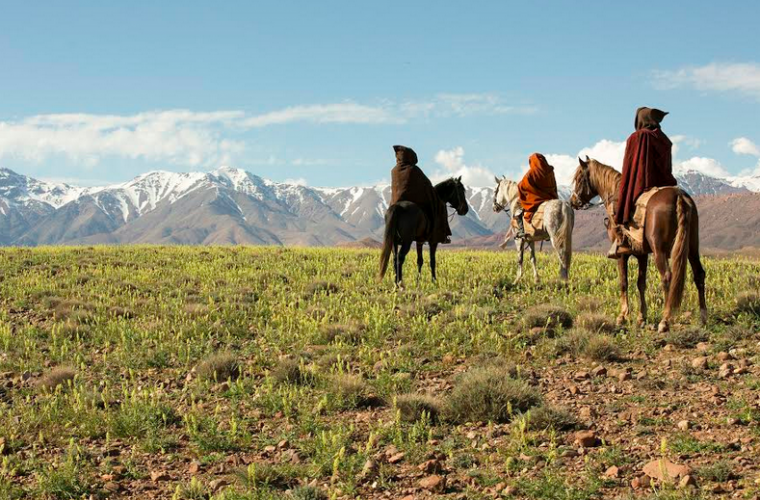 Four films supported by the Doha Film Institute have won top honours in key sections of the 69th Cannes Film Festival, including the Best Screenplay and Best Actor awards for The Salesman, co-financed by the Institute, in the Festival’s official competition. DFI grantee film Divines, the debut feature by Houda Benyamina scooped the coveted Camera d’Or prize at the award ceremony held yesterday, along with a special mention from SACD for debut film in the Directors Fortnight section.

Selected to screen in key sections of the Festival, the winning films competed with the latest works from auteurs of cinema and emerging talents from across the globe at the prestigious film event that ran from May 11-22.

Fatma Al Remaihi, Chief Executive Officer of the Doha Film Institute, said: “It is a great honour for the Doha Film Institute that films we supported have gained top recognition at the leading annual film event. This has truly been an exceptional year for DFI at Cannes. We started the festival with seven films selected to screen in key sections and close this year’s event with major prizes, which is a strong testament to the quality of films and filmmaking talents we have supported.

“We are delighted that their talent and creativity has been recognised by the festival jury and want to congratulate them on their success. These awards recognise the best in global filmmaking and we are privileged to have played a part in bringing these amazing projects to global audiences..”

Forced out of their apartment due to dangerous works on a neighboring building, Emad and Rana move into a new flat in the center of Tehran. An incident linked to the previous tenant will dramatically change the young couple’s life. The Salesman stars Shahab Hosseini (A Separation) and Taraneh Alidoosti (About Elly). Farhadi won the 2012 Academy Award for Best Foreign Language Film for A Separation and the Best Actress Award at Cannes 2013 for his last film The Past.

Mimosas, a mountain odyssey with mystical elements follows a caravan through the Moroccan Atlas escorting a sheikh to be buried near his loved ones, but the quest takes a turn when the elderly and ailing sheikh dies en route. The sophomore feature from Spain’s Oliver Laxe, won the Nespresso Grand Prize at the Critics week, awarded by the Semaine de la Critique’s Jury.

The SACD Prize, which is handed out by the French film screenwriters guild went to Diamond Island by French-Cambodian director Davy Chou. This is the first narrative feature from the director, and follows an 18-year-old who leaves his village to work on the construction sites of Diamond Island, a project for an ultra-modern paradise for the rich, and a symbol of tomorrow’s Cambodia. There, he reunites with his charismatic elder brother who went missing five years earlier and introduces him to an exciting new world.

Following its SACD special mention, Houda Benyamina’s debut feature, the French drama Divines, also scooped the Camera d’Or prize. Part of the Directors Fortnight sidebar, the funny, often suspenseful and always emotionally involving drama is about a tough but naïve teenager, Dounia, who sees getting rich or dying trying as her most viable option. Her slightly more cautious friend Maimouna is less immediately willing to embrace thug life, but easily swept along for the ride.

The Nespresso Grand Prize is awarded by the Semaine de la Critique’s Jury to one of the seven feature films in competition with a cash prize of €15,000 to the winning director. Previous winners include Jeff Nichols for Take Shelter (2011), Antonio Méndez Esparza for Aquí y Allá (2012), Fabio Grassadonia and Antonio Piazza for Salvo (2013), Myroslav Slaboshpytskiy for The Tribe (2014) and last year, Santiago Mitre for Paulina.

The SACD (French film screenwriters guild) Award is given to one of the seven feature films in competition in the Critics Week section. The winning filmmaker is awarded a cash prize of €4,000. The jury is made up of filmmakers that are members of the board of directors of the SACD.