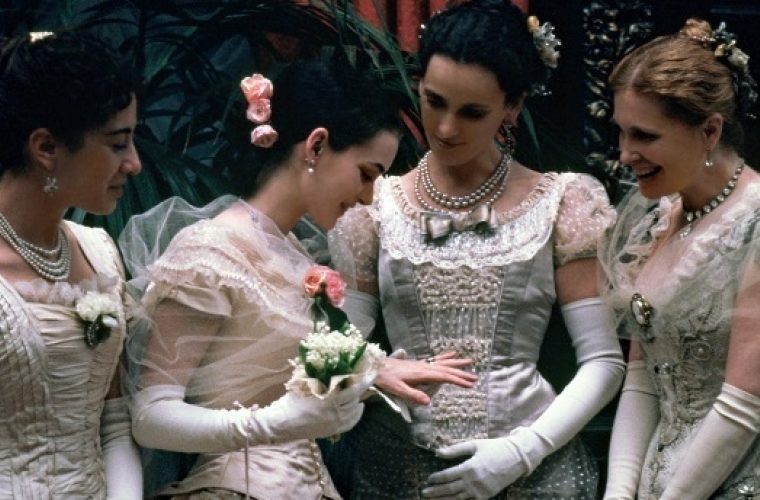 Following the success of the ‘Science Fiction in Film’ thematic programme, the Doha Film Institute is presenting a new themed series for cinema lovers in Qatar that celebrates the impact of costumes and fashion in films to create meaningful cinema.

Themed, ‘Fashion in Film-Costume as Character’, the special series part of DFI Cinema, is scheduled from April 20th to 24th at the MIA auditorium, and includes a diverse line-up of films with Q&A sessions, an open air community engagement event and a master class that explores the relationship between fashion and film and its prominence in world cinema from the early days of moving images.

The screening programme will showcase a selection of regional and international films that have used costumes effectively to portray a certain period and time, and covers different genres including horror, romance, drama, thriller and animation. The line-up includes Martin Scorceses’ ‘The Age of Innocence’, Jean-Pierre Melville’s ‘Le Samourai’ , ‘Funny Face’ by Stanley Donen, Alfred Hitchcock’s ‘The Birds’ , Akira Kurosawa’s ‘Rashomon’ , Qatar premiere of DFI grantee project, ‘3000 Nights’ by Mai Masri and an outdoor special screening of Walt Disney Studios classic ‘Cinderella’. Each screening will be followed by an onstage Q&A moderated by Stella Bruzzi.

Since the early days of cinema, costumes and fashion have played an intrinsic role to visually tell a story or evoke a personality, rendering certain cinematic moments unforgettable. To discuss the history of fashion and films and the symbiotic relationships both mediums share, leading industry expert Stella Bruzzi will share her rich insights with audiences in Qatar at a masterclass on the growing prominence of costumes and fashion, its evolution over the years and its relevance in today’s world on April 22nd at the MIA.

The masterclass themed ‘Costume in Cinema’, explores costume as a classic tool for drawing character and narrative, and mapping the intricacies of class, context or identity, and highlights the distinctive and important role played by costume in the movies using copious illustrative clips from a wide range of films. Picking examples from Hollywood genres such as melodrama, romantic comedy and science fiction, alongside European art cinema, Stella Bruzzi will analyse some of the distinctive ways in which costume and fashion have been used to construct meaning in cinema.

Regarded as one of the greatest thrillers by the American Film Institute, Alfred Hitchcock’s The Birds (USA/1963) is loosely based on the 1952 story of the same name by Daphne du Maurier, and focuses on a series of sudden and unexplained violent bird attacks on the people of Bodega Bay, California over the course of a few days. Hitchcock is known for his masterful precision in every choice made to create meaning in his films, and it is no surprise this rigour extends to costume design in this film which reflects the protagonist’s character and the film’s complex and elusive psychology. The film screens on 22nd April at 8:30 PM and on the 24th of April at 5:30 PM and 8:30 PM.

Martin Scorsese’s adaptation of American novelist Edith Wharton’s The Age of Innocence (USA/1993) examines the tragic love triangle of Newland and May, a recently engaged young couple from two of New York’s finest families, and the disgraced Countess Olenska. The costumes in the film are simply wonderful and is no surprise the film won the Academy Award for Best Costume Design. The film screens on 20th April at 8:30 PM.

Jean-Pierre Melville’s use of costume in Le Samourai (France, Italy/1967) is significant both in terms of the story and the film’s overall structure. The film is a fascinating construction – it is as though elements of a 1940s American crime drama have been transplanted into high-modern 1960s Paris. An exceedingly clever mélange of elements of classic film noir and hints of the French New Wave, the result is a quite unique film that washes over the viewer like something out of a dream. The film screens at 5:30 PM on the 20th of April.

Known as the King of the Hollywood Musicals, Stanley Donen’s Funny Face (USA/1957) is a light-hearted musical take on the clash between capitalist consumerism and the counterculture of the late 1950s. The film is also adored for showcasing Hollywood icon Audrey Hepburn’s jovial on-screen presence, classic beauty and wonderful sense of comic timing, and is awash in both costume and fashion. The film screens at 5:30 PM on April 21st.

A story of motherhood in the most dire of circumstances, Mai Masri’s 3000 Nights (Palestine, France, Jordan, Lebanon, UAE, Qatar/2015) is based on a true story and makes a prison into a metaphor for Palestine under occupation, exploring how the institution shapes the complicated interplay of resilience, empathy, and psychological manipulation, quietly underlined in the film with costume. The film screens at 8:30 PM on 21st of April.

The films costume designer, Hamada Attalah, will be present at the screening to share the creative brief and his approach to the design process. He has also designed the costumes for some of the most talked about Arab films recently including Hany Abu-Assad’s Omar, When I Saw You by Annemarie Jacir and the region’s first psycho-thriller Zinzana by Majid Al-Ansari.

Akira Kurosawa’s Rashomon (Japan/1950) is considered to be one of the greatest films ever made and is based on a short story ‘In a Grove’ by Ryūnosuke Akutagawa. The film is known for a plot device that involves various characters providing alternative, self-serving and contradictory versions of the same incident, revealing more about the nature of the characters than the actual event in this complex consideration of truth and justice. The costumes in this film differentiate the social role of each character. The film screens at 5:30 PM on April 22nd.

Walt Disney Studios’ ‘Cinderella’(USA/1950) by Wilfred Jackson, Hamilton Luske and Clyde Geronimi, is considered one of the best American animated films of all time – given its enduring musical charm, brilliant use of Technicolor technology and, of course, its tale of the hard-done-by young woman with a heart of gold who wins over the gallant prince. Costumes play a significant role throughout the film – from Cinderella’s humble everyday existence to the glowing ball gown. DFI is inviting families to bring their children dressed as princesses and prince charming, as a tribute to the globally loved characters at this special family screening event at 7:30 PM on 23rd April.

Stella Bruzzi is Professor of Film and Television Studies at Warwick University and a Fellow of the British Academy. One of the foremost international scholars on costume and fashion in film, in 1997 she published ‘Undressing Cinema: Clothing and Identity in the Movies’, still among the most cited academic books in the field, later co-editing ‘Fashion Cultures’ and ‘Fashion Cultures Revisited’ (2000 and 2013).

DFI’s Thematic Series, part of DFI Cinema, is aimed at strengthening appreciation for the arts and contributing to the evolution of Qatar’s rich cultural fabric. The programme offers audiences in Doha an opportunity to view films that may not necessarily reach commercial cinemas, and exposes them to new tastes and to filmmaking communities that deserve recognition for their immense talent and diversity. The next DFI Thematic Series, ‘Masters of Illusions’ is scheduled from June 1 to 4th, 2016.