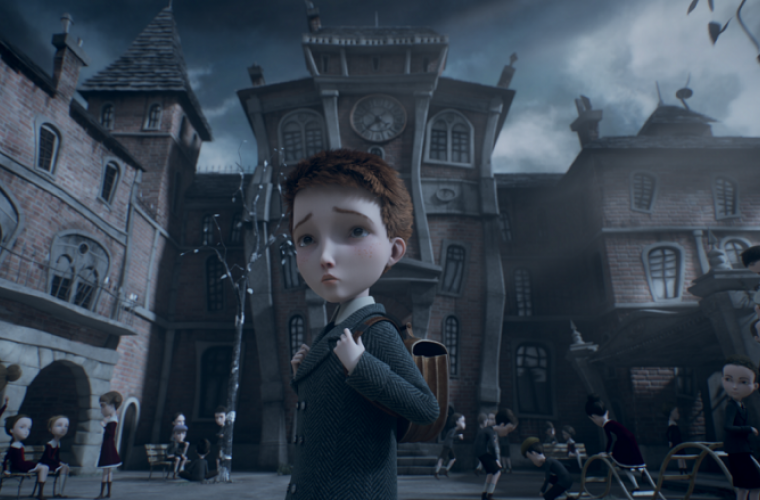 Doha Film Institute, with the support of the French Embassy and the Institut Français du Qatar, will celebrate Francophone Week in Qatar with a special, free-of-charge showcase of French-language cinema at the Katara Drama Theatre from March 23 - 27.

Joining the worldwide celebration of the International Month of the Francophonie, the film series will showcase a vibrant mix of contemporary comedy and drama from Francophone member countries including Belgium, Canada, Chad and France.

The series opens on Monday March 23 with Mathieu Denis’ Canadian crime drama ‘Corbo’. Set in 1960s Montreal, a teenager evolves from pro-independence activist to radical freedom fighter, in a gripping chronicle of the origins of the Front de libération du Québec. Director Mathieu Denis will be in attendance for the screening to conduct a question-and-answer session.

Mahamat-Saleh Haroun’s ‘Grigris’ from Chad screening on Tuesday March 24, is the story of 25-year-old Grigris whose dreams of being a dancer are dashed when his father-in-law falls critically ill. The film is a portrait of an Africa marred by poverty and inequality, but also full of hope and brimming with energy and solidarity.

‘Serial (Bad) Weddings’ will screen on Thursday March 26 at 6:30pm. A huge commercial hit in France, the film is a comedic tale of a conservative but politically correct French couple whose life is turned upside down when their four daughters marry men of different religions and origins.

Three films will be screened throughout the afternoon and evening of Friday March 27 commencing with a 3:30pm screening of a spectacular animated musical fairy-tale, ‘Jack and the Cuckoo Clock Heart’ - the story of a boy born on the coldest day in history who lives with a clockwork heart that he must never touch, or use for anger or love. Writer, composer and co-director Mathias Malzieu will attend the screening for a question-and-answer session following the film.

‘Two Days One Night’, the latest film by renowned Belgian filmmaking duo, the Dardenne brothers, will screen at 6:30pm, featuring the Academy Award nominated performance by Marion Cotillard who plays a troubled factory worker struggling to keep her job.

The final screening in the series is ‘Samba’, a comedy/drama from the same team behind the 2012 box office smash hit, ‘The Intouchables’. Omar Sy plays a Senegalese migrant who works as a hotel dishwasher. Things get worse for him when a bureaucratic slip-up lands him in detention and he is ordered to leave France. With the help of an immigration officer played by Charlotte Gainsbourg, he fights to stay in France.

His Excellency Eric Chevallier, Ambassador of France to the State of Qatar will attend the official opening of the showcase on March 23 along with dignitaries from other Francophone member countries as part of the official Francophone celebrations.

For more information about the Francophone Week in Qatar please visit www.semaine-francophonie-qatar.org