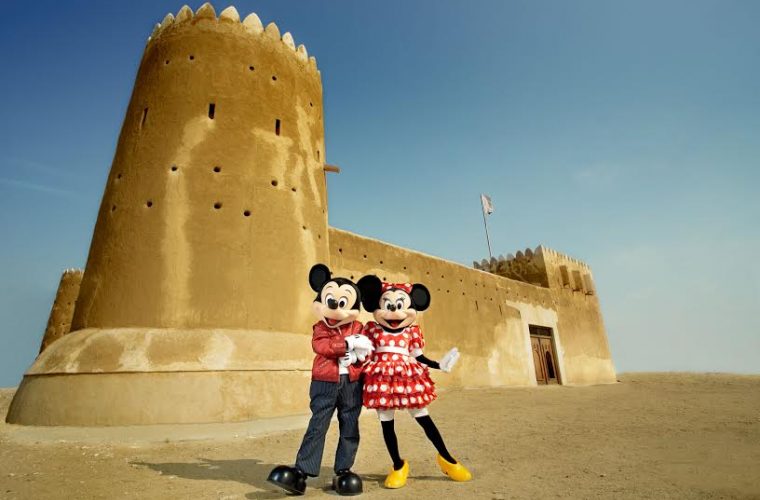 Over 11,000 people visited the Qatar National Convention Centre (QNCC), from February 12-16, to get a glimpse of their favourite Disney characters performing on stage for the first-time ever in Doha for Disney Live! presents Mickey’s Music Festival.

Mums and dads were dancing in the aisles with their children to some of their favourite Disney classics, featured in the Disney Live! presents Mickey’s Music Festival theatre extravaganza.

During their stay in Doha, Mickey Mouse and Minnie Mouse were spotted around town exploring iconic areas of Doha as well as Al Zubarah Fort, the UNESCO World Heritage Site as well as greeting lucky fans at a local mall.

The last of the eight shows wrapped up on Saturday evening as the all-star line-up of the Fab-Four, Mickey Mouse, Minnie Mouse, Donald Duck and Goofy took audience members on a final journey through the magical world of Disney.

More than 25 Disney characters featured in the Disney Pixar musical extravaganza including stars from Disney The Little Mermaid, Aladdin and the stars from Toy Story. Ariel’s six sisters had the crowd on their feet, cheering and singing along to their version of Beyonce’s smash hit ‘Single Ladies’.

Meteors landed in the crowd as Buzz, Woody and Jessie tried to save the planet from an intergalactic catastrophe. Aladdin and Jasmine mesmerised audience members with their rendition of ‘A Whole New World’ while Donald Duck danced his way through a rip-roaring rendition of Aerosmith’s ‘Walk This Way’.

Mohammed Abou Zeid, said, “We absolutely loved Disney on Ice celebrates 100 years of magic last year and were eagerly waiting the next show. Disney Live! presents Mickey’s Music Festival was very different from the ice show. This was intimate and the perfect show for young children but that didn’t stop my wife and I from singing and dancing with our kids to songs we grew up listening to. I can’t wait to see what they bring next!”

But while the curtain has closed on the stage production, organisers Sport and Entertainment Solutions (SES) have promised to return in June with Disney On Ice presents Princesses and Heroes, one of the best-selling international family entertainment shows in the Disney On Ice catalogue.