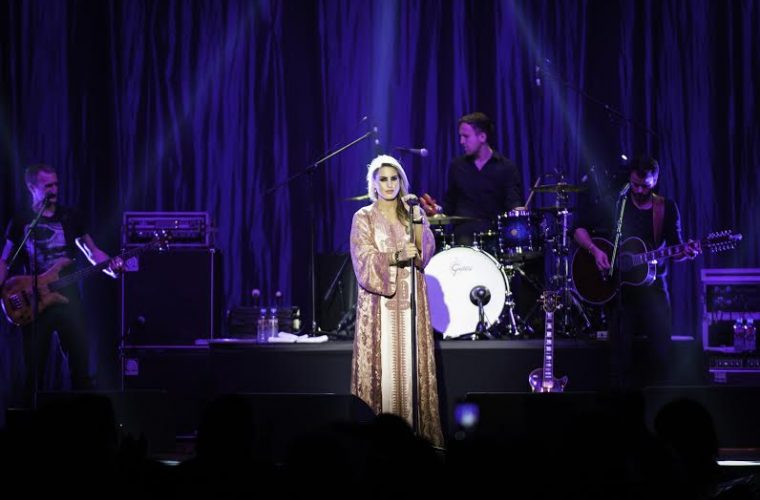 Qatari singer Dana Al Fardan will perform songs from her debut album PAINT, and of course, from her heart in a celebratory performance at The Museum of Islamic Art on Wednesday February 19 from 7pm to 8pm.

We invite as many of her music fans and media to attend this very special evening for both Dana and Doha's expanding arts and entertainment scene. 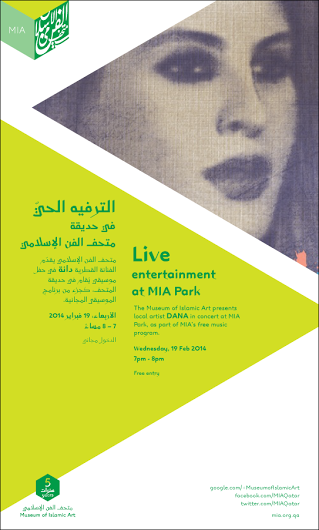 THE UAE MUSIC SCENE is about to be splashed with the vibrant colours of Qatari singer/songwriter Dana Al Fardan’s mind.

As the first Qatari to record an English language album in the UK, entitled ‘PAINT’, the beautiful mother-of-one is used to breaking the mould with her unmatchable, sultry sound – and just the right amount of sass.

Dana feels her music right to her core, and ‘PAINT’ represents the culmination of several years, and so many layers, of her own multifaceted personality. Every track, every beat, on her album demonstrates her own journey, as well as the influences she has absorbed from the Middle East, and beyond.

Now based between Dubai and Doha, 28-year-old Dana is currently in the studio working with some of the industry’s biggest local talents to remix her favourite tracks of ‘PAINT’ and coming up with something incredible, especially for her UAE fanbase. The result will be released this spring, and is all set to sparkle, in the only way that this effortlessly endearing heiress knows how.

Having launched her album in November from her Doha base, to huge success and overwhelming support, Dana has quickly focused her attention on Dubai – as the 'hub of music and entertainment', and a city so close to her heart

Music has been Dana's true passion since childhood, and she has been playing music and writing songs for as long as she can remember. She began her musical journey seated at the piano, where she started out writing and playing her own nursery rhymes to sing to her younger sister. Growing up, and into a young woman in Doha, Dana began to draw inspiration for her formal music career from her family, culture, friends and then later, and most importantly, her daughter.

After completing a bachelor’s degree in International Relations from the American University of Sharjah, Dana the followed her female instinct and decided to pursue a degree in Gemology.

“I was always going to join my family business, it has always a part of our lives, and jewellery was something I was able to relate to and was passionate about. I enjoy spending time travelling with my dad; we have met many interesting people and made lifelong friends in the industry, however my lifelong passion for music has always been in my mind and it was something that I knew I wanted to pursue.”

Hooked on musicals at a very early age, Dana wouldn’t miss a chance to watch
a Broadway or theatre show during her trips overseas. “When I was a child, my mother used to take us to shows all the time during our visits to London. My sisters and I were always performing musicals at home,” recalls Dana, having been fascinated with shows like 'Miss Saigon’ and ‘Les Miserables’.

Dana’s love for musicals actually drove her to write one herself, but in the midst of drafting, she was inspired to take a different direction, and it was during her pregnancy with her daughter that she began writing the songs that made her first album finally take shape.

With musical influences from bands like Aerosmith, Red Hot Chili Peppers, Imagine Dragons, through to pop icons such as Michael Jackson and the
more eclectic sound of Bedouin Soundclash, Dana’s music resonates with her contemporary fanbase, and today’s penchant for such diverse and 'melting pot' musical tastes.

“This is the most honest and complete body of work I have ever produced. I always felt like I was missing something; I needed to piece together the contents of my mind and structure them in a manner that allowed me to listen to them and engage with them in a melody. I feel empowered when I'm able to capture my sentiments and express them through music.”