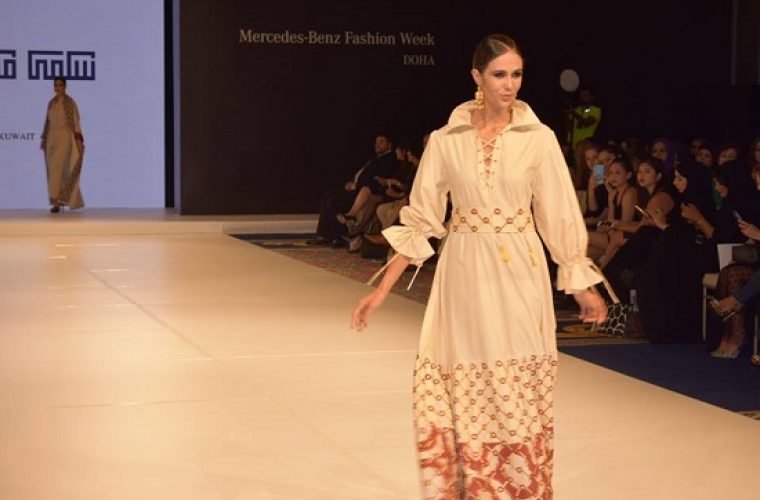 Mercedes-Benz just had their 3 day fashion show, where designers from all around the globe were featured. From our hometown to Morocco, they had it all. Aiming to have a fusion of International culture with designs from around the world, the Mercedes-Benz Fashion Week, Doha reflected their company’s vision of being an expression of one’s particular lifestyle. The event featured a glamorous Red-Carpet, music and fashion shows that have left the town talking yet again.

This event concept is a brainchild of Mrs. Rahat Mansoor who has been endorsed as a leading Fashion event organizer for past several seasons and a prominent name for delivering mega events in Doha. 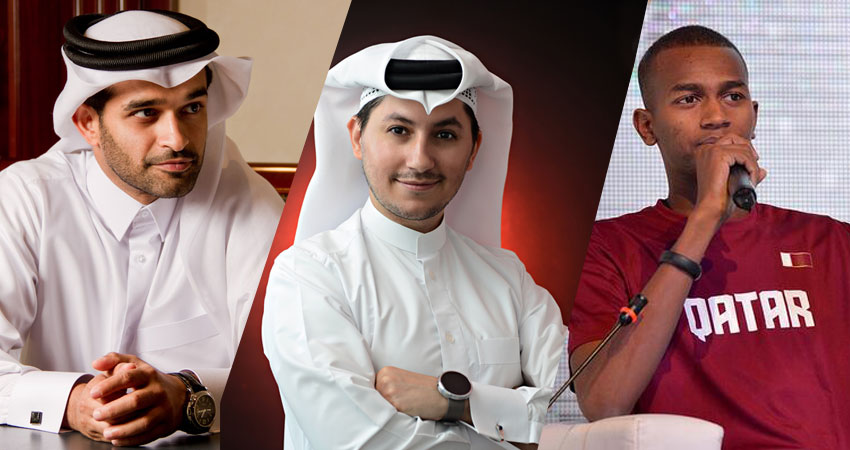 The third and final day of the event featured designers such as Fahad Hussayn from Pakistan, KARA, Salma Musab from Kuwait, Yousef Akbar from KSA, Invee from Turkey, Mahnoor Ansari from Qatar, Shaima Royal Collection from BAH x Cavalli Class and Sakba Mohammad Hamadah from Kuwait. 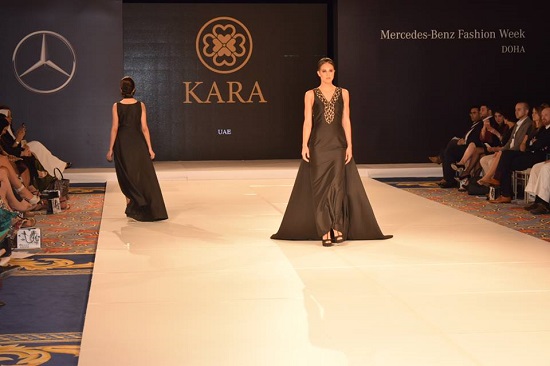 With the spectacular music that featured throughout the event, the highlight of the event has to be Yousef Akbar from KSA who had his model come out barefooted, emphasizing more on his metal spikes and the use of gloves throughout his collection. He presented designs without any extra accessories from chic cuts to drapes to plaid, he had everything planned.

Mahnoor Ansari was also a breath of fresh air that had a different approach to the design business. Her models first approached the stage covered in a tulip like manner then opening their dresses to show colorful trails. Her collection also featured crop short tops and skirts in Banarsi material, giving a glossy shine to the ramp.

The end of the show featured designer Mohammad Hamadah who brought out the big guns and gave a very luxurious finish to the show. Using different cuts and silhouettes to emphasize more on the dream-like factor, the clothes were literally gleaming, showing off a fairytale. 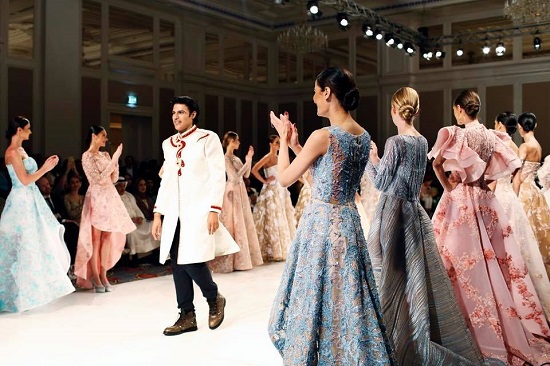 The models all had sleek hair with just the right amount of makeup to compliment the themes the designers used. It was sure was a mega success and Doha and its fashion lovers enjoyed the event to the brim.