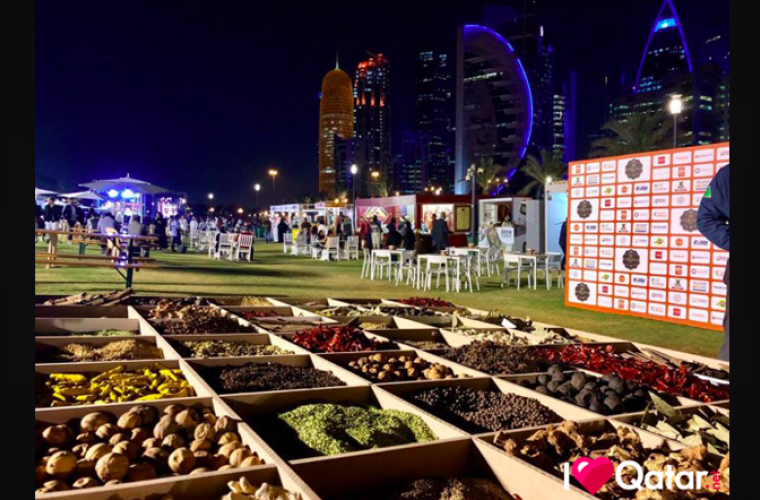 Thousands of Biryani lovers; Qataris and expats witnessed the opening ceremony of the first-ever Biryani Festival in Qatar at the Hotel Park opposite Sheraton Hotel in Doha on Wednesday, February 7 within a family fun filled environment.


The event, which ends on February 10, is organised by Four and One and it brings together more than 45 exhibitors who will be showcasing their skills as over 100 types of biryani, including Mughlai, Lucknow gosht, Kashmiri vegetable, mussels, prawns, hara macchi, egg, harkmas (beef), Malabar chicken, Mattanjery chicken, Kayikka’s beef, Thalassery mutton, the traditional Afgani and Irani and others are on offer over the next four days.
The opening ceremony was attended by the Ambassador of Cyprus His Excellency Dr. Michalis Zacharioglou, Qatar Tourism Authority’s Michael Michael, Four and One Chairman, Omran Al Sherawi, Four and One CEO Fernando De Guama and Strategic Partners Alliance board member Abdulaziz Al Khal.

Attendees at the event were treated to an array of spiced up delicacies, industry suppliers and traders, entertainment, cultural displays, competitions and various fun activities for the kids.


While declaring the festival open, Four and One, partner Omran Al Sherawi said, “We are delighted to host the maiden edition of a festival of such magnitude. Today’s impressive turnout is an indication of the wide acceptance of biryani as a food for all people. Over the next four days, foodies will have the opportunity of savouring their much-loved biryani in different varieties and flavours.”

“For us at Four and One, maximizing the tourism potentials of Qatar is at the core of what we do and I believe this festival is another opportunity of showcasing that. I wish everyone days of fun as they enjoy the rich aroma and taste of biryani from different parts of the world.”
Four and One Chief Executive Officer, Fernando De Guama said, “The event is designed not only to showcase this delicatessen dish but also to support the local Food industry and signature Chefs to showcase their latest in the industry”. We are seeing very creative dishes and approaches being proposed for the festival. The festival of this nature will not only boost our economy and tourism but also help cement the wide acceptance of the food specialty and provide a platform to launch internationally.”

“Biryani has grown to become a food that transcends all borders and classes”. All over the world, people eat biryani and we believe hosting an event of this nature will not only boost our economy and tourism but also help cement the wide acceptance of the food especially in Qatar.”

“Biryani” originates from the Persian word “birian” which means “fried before cooking and the history of the much-beloved food is as fascinating as its taste and aroma.

Biryani, once connected, with royalty is a dish that wraps the very essence of its rich and long history within its layers of pleasure. The Mughlai cuisine that India is famous for was developed in the 15th century during the reign of the Mughals. The Mughals who had rich taste buds, raised cooking in India to an art form, introducing several recipes to the sub continent that included biryani, pilaf, and kebabs among others.
The four day entry-free event that is partnered by Talabat, Zomato, Urban Point, Marhaba, QTouch Media & Events will feature celebrity oriental chefs, more cooking competitions, games and a kid’s play zone.

All images courtesy of ILoveQatar