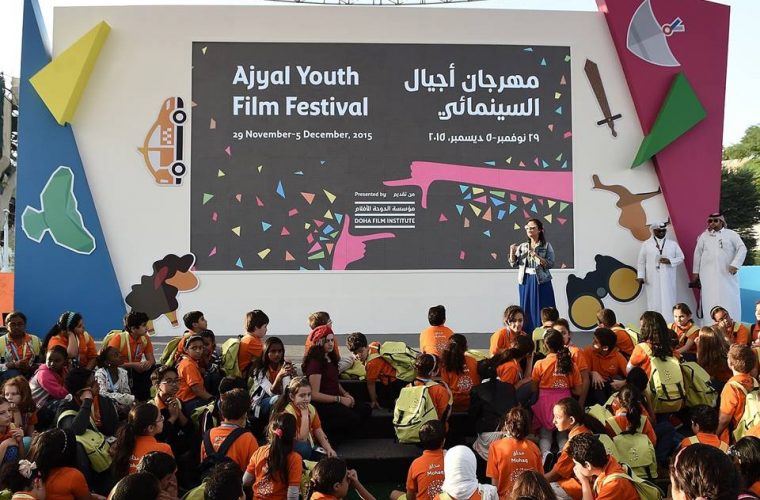 Anendearing Australian movie about a 11-year-old boy who must come up with funds to enter a world paper plane championship competition; a deeply moving Tagalog film on the life of a widowed, illiterate woman in a rural Philippine provence; and a Spanish film that takes a compelling look on lives on either side of the world’s border walls won the top honours at the third Ajyal Youth Film Festival, presented by the Doha Film Institute.

Paper Planes (Australia; 2014) directed by Robert Connolly; Scarecrow (The Philippines, 2015) directed by Zig Madamba Dulay; and Walls (Spain; 2015) directed by Pablo Iraburu and Migueltxo Molina, were voted as winners by 520 jurors aged 8 to 21 in three categories - Mohaq, Hilal, and Bader. Films from Russia, USA, Spain, Germany, Lebanon, France and Brazil are among the winners in short films and those who received Special Mentions by the jury.

The winners were honoured at a colourful closing ceremony followed by the World Premiere of Bilal (UAE; 2015), directed by Ayman Jamal and Khurram H. Alavi with cast members Andre Robinson and Jacob Latimore in attendance along with the composer of the impressive score AtilÖrvarsson.

Fatma Al Remaihi, Festival Director and CEO of the Doha Film Institute, said: “I would like to commend our Ajyal Jurors for the dedication and enthusiasm they have brought to the task of determining the competition winners this year – their enthusiasm and insight is an inspiration to us all. I congratulate all of our 2015 winners and sincerely thank all of the filmmakers who have joined us in Doha this week for sharing their stories and creative talents. Their presence has brought a depth and richness to the experience of our audiences and jurors that will live on in their hearts and minds long into the future.”

That Day in September by Karim Jaafar (Lebanon)

The Law of the Jungle by Pascale Hecquet (Belgium)

The competition line-up at Ajyal 2015 comprised feature films from 20 countries and a series of short film programmes. More than 500 young people watched and analysed the dynamic programme of films under the three competitive sections.

The Jury included a delegation of 24 international jurors who travelled to Doha for the event from 12 countries including Australia, Bahrain, Bosnia and Herzegovina, Iraq, Italy, Kuwait, Lebanon, Oman, Serbia, Turkey and the United Arab Emirates.

Earlier, the festival honoured the winners in the ‘Made in Qatar’ category that included 17 films by Qatari filmmakers and those who call Qatar home. The winners were:

The festival also presented the third edition of the Doha Giffoni Youth Media Summit, hosted by the Doha Film Institute in partnership with Italy’s Giffoni Experience, where it showcased its Planet-Y initiative with five projects that will be nurtured in the coming months to promote the inclusive growth of youth talent around the world, especially in conflict areas.

These platforms include: One Platform, Many Voices – the Planet-Y Video Channel, a speciality media channel by and for youth; The Magic Box – An Educational Radio Station for Syrian Children; Content is King – a Youth Production Programme; Nomadic – a Festival Cooperation and Exchange Programme; and Film Fun in Bed – a Hospital Outreach Programme.