Animal Park to open on March 10 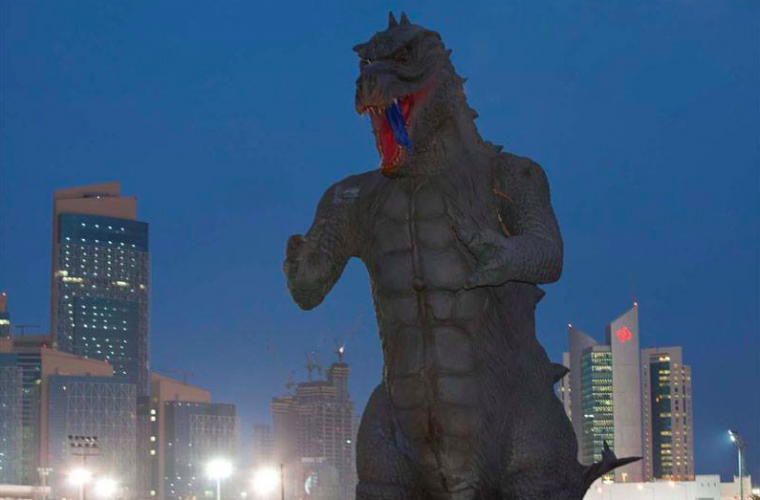 Animal Park, featuring life-size animatronic models of dinosaurs, Godzilla and King Kong is set to open on Thursday at an open space near the Qatar Sports Club.

Scheduled to function until April 2, Animal Park is being established by Dubai-based CAC events in partnership with AJ Entertainment in Doha, in co-ordination with the Qatar Tourism Authority. “Every animal model has different sounds and movements such as blinking eyes, opening its mouth, tail wagging, and throwing water, among others,” CAC events managing director Christom Thomas said. “A board will be displayed next to each animal model, with information in English and Arabic about their weight and height,” he explained. Animal Park, inspired by blockbuster movies such as Jurassic Park, Godzilla, and King Kong, among others, posted a footfall of 1.2mn in 31 days of operation at the Muscat festival recently. From Doha, the team will be moving to Bahrain to set up the park for a month before going to another country. The park will also have a Kid’s Arena where children can play with small animal models.

Thomas said ‘walking and cowboy’ dinosaurs will be roaming around the park to entertain visitors. It will be open between 4pm and 11pm from Sunday to Friday, Saturday timings will start at 10am until 11pm. Schools have been invited to make exclusive visits to the park from 8am to 1pm. Tickets cost QR15 for below 12 years of age and QR25 for adults. Stalls will also operate to serve refreshments at ‘minimal market’ prices. Thomas is planning to bring the “Dinosaur Village” (now set up in Oman) to Doha in the near future. It is comprised of 15 dinosaurs including the largest one – the T-Rex. (Source) 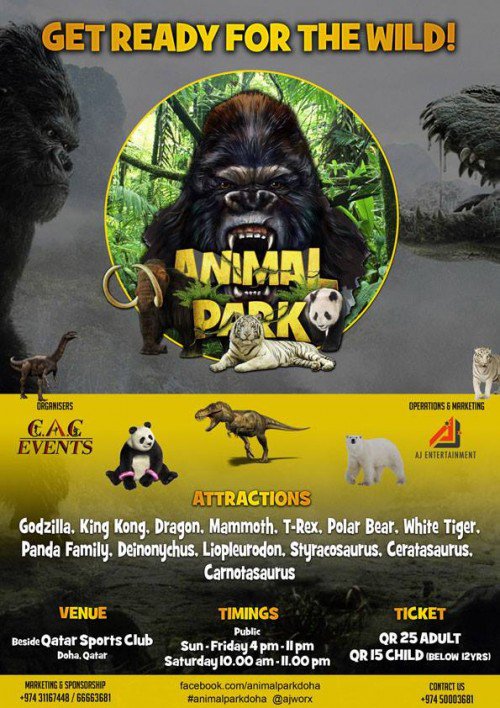