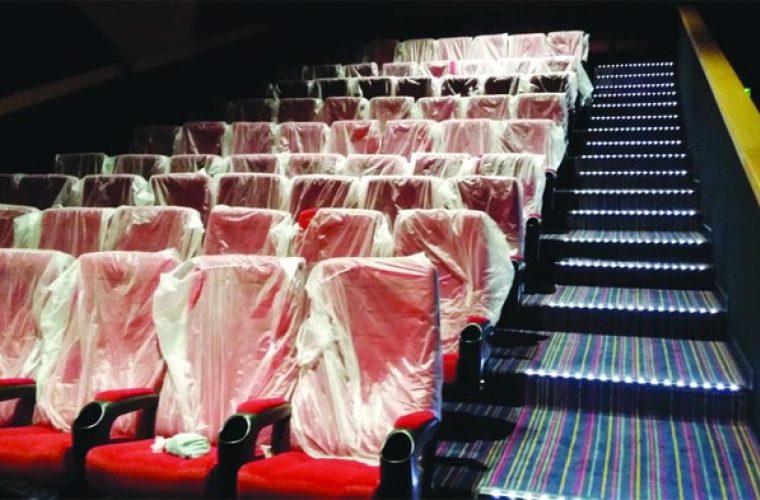 The first movie theatres in Al Khor are to open at the Al Khor Mall during Eid al-Adha in September, a senior official of the mall has told Gulf Times.
Mall manager Navaneeth Sudhakaran said the Eid celebrations could be the "perfect time" to welcome the growing number of Al Khor residents and families who usually travel to Doha to watch movies.
He noted that the three cinemas at the Al Khor Mall can accommodate 600 people. Cinema three is the biggest with a seating capacity of 300 while cinema one can take 200. Cinema two is designed to seat 100 viewers.
“We are looking at this number as sufficient for a township like Al Khor,” Sudhakaran said.
He expressed confidence that the opening of the new cinemas would also draw people from Doha, especially those living in the West Bay area, which is nearer to Al Khor.
According to the mall manager, families and groups can book the movie houses for private functions, viewings or special screenings of films and sport events such as the World Cup.
While all three cinemas are open for booking, he said cinema two is generally ideal for a group of 100 people or less.
“Families or probably a big gathering of clubs can book the whole theatre, they can come and watch a movie,” Sudhakaran added.
Like other cinemas in malls, the Al Khor cinemas have a snack bar at its lobby. Movie goers will also find it easy to park their vehicles at the mall’s 1,100-capacity parking area free of charge.
In Doha, cinema houses have become popular venues to relax and hang out with families, friends and colleagues either after working hours or during the weekends.
A number of Al Khor residents told Gulf Times that they had been waiting for the opening of these cinema houses since 2012 after the inauguration of the Al Khor Mall.
Ed Alcantara, a member of the Filipino community who lives in Al Khor, said they would be able to save time and money when the cinemas open.
He normally travels to Doha to spend the weekend with his wife and children who love to watch movies.
“It will be very convenient to watch a movie after working during the weekdays. You don’t have to worry about navigating the crowded Doha traffic, so stress is much less,” he pointed out.
While Al Khor residents have expressed excitement over the opening of their first cinemas, at least 12 state-of-the-art cinemas are expected to open at Twar Mall by the end of this year.
Gulf Times reported that the cinemas (normal to VIP and “special experience” theatres) would have a 1,500 total seating capacity on a combined space of 3,700sqm.
The Qatar Cinema and Film Distribution Company (QCFDC), which will operate the cinemas, now runs a total of nine cinemas at The Mall, Royal Plaza, and Landmark, with three cinemas for each mall.
Other cinema operators are also expected to open new cinemas in Doha this year to accommodate the growing number of families and individuals who love to watch movies.
According to an earlier report, the number of cinema screens inside multiplexes in Qatar is set to double by the end of this year.