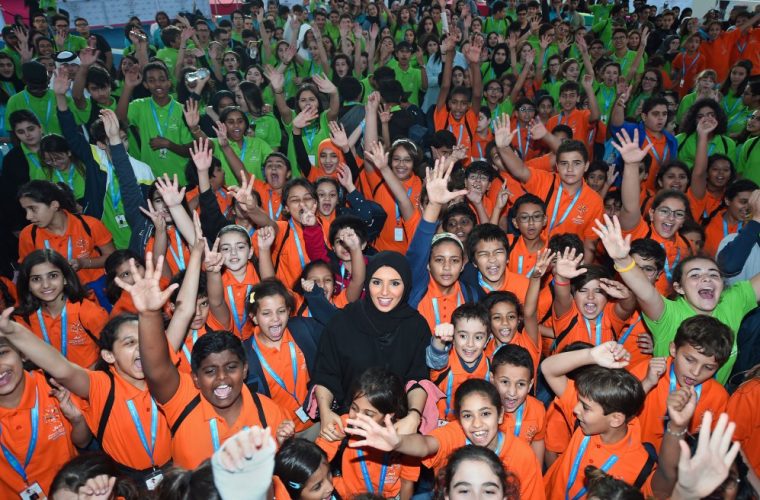 The biggest gathering of kids, talents, celebrities, movies, and the whole family is back as the Doha Film Institute announced this morning that the sixth installment of the Ajyal Youth Film Festival (AYFF) is officially happening this year from November 28 to December 3, 2018 at the Katara Cultural Village!

As you may all know, ‘Ajyal’ means generations in Arabic, and with this, the whole festival committee is delighted to invite people of all ages to attend their sixth year and discover the magic of cinema.

Feature-length and short films from around the world will inspire cultural dialogue among young audiences in Qatar. The six-day festival will bridge gaps and bring generations together through activities and events designed to inspire creative interaction among the various sectors of the regional community

Just like its past installments, AYFF's schedule will consist of the Ajyal Competition as well as public screenings of family-friendly short and feature-length films, including fiction, documentaries, animated films, and a series of works made right here in Qatar.

The Ajyal Competition is the core component of the festival and presents hundreds of young people from around the world with the opportunity to sit on the juries that decide the festival’s competition winners.

Speaking of the Ajyal Competition and Made in Qatar sections, film submissions are also NOW OPEN for those budding Doha-based filmmakers who are seeking to set a ground for their works in the MENA region. For more information on how you can submit your film, click here.

The festival is designed to enhance and encourage regional film-related education programmes, making it an engaging, fun experience for families and educators through collective and individual interaction with the medium of cinema. At the same time, AYFF provides an open forum for dialogue and discourse among its many participants, where the full scope of complex issues facing today’s youth can be discussed. This not only empowers the next generation of storytellers, but also gives them a secure platform from which their voices can be heard.

Also, this year promises to be their best festival yet with a fantastic schedule of world-renowned new films, a red-carpet screening, and other exciting events for all ages.

Alongside the official film programme, AYFF is also set to feature Special Screenings, Thematic Tributes, Cinema Under the Stars and the Creativity Hub.

Be sure to save the date and for more updates and news regarding the AYFF 2018, make sure to always keep an eye on this website and our social media channels!

Are you as excited as us for this year's Ajyal Youth Film Festival? What are you most excited about on their sixth installment? Drop us a line in the comments below and also, don't forget to like and share this article—it keeps us going!