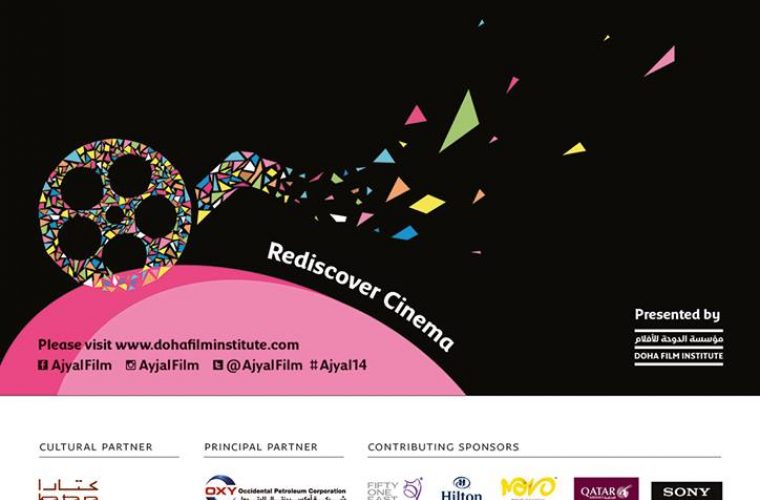 The second Ajyal Youth Film Festival, presented by Doha Film Institute (DFI), is leading a range of community outreach initiatives designed to inspire the community to explore their creative potential and get involved in the spirit of Ajyal.

From poetry and photography competitions to fun, film-themed events, the community outreach activities of the Ajyal Youth Film Festival have been in full swing in the lead-up to the festival’s second edition, which takes place at Katara – the Cultural Village from today until December 6.

A key initiative is a poetry competition organised in partnership with the Cultural Creativity Centre. The competition is inspired by Ajyal’s upcoming Middle East premiere of ‘Kahlil Gibran’s The Prophet’, the animated adaptation of Gibran’s beloved book.

The film is produced by Salma Hayek, directed by Roger Allers (The Lion King) and features individual chapters based on eight of Gibran’s poems directed by award-winning animators around the world, including Gulf talent Mohamed Saeed Harib.

The Cultural Creativity Centre and Ajyal invited participants to choose a chapter from the book and use its theme or content to write a poem on the same topic in their own words.

A panel of experts from the Cultural Creativity Centre and DFI have evaluated the entries and selected four finalists: Tahani Ali al-Buraiki, Maryam Ali al-Mudahka, Abdulla Taleb al-Afifa and Noora Saeed al-Marri. The winner will be announced at the festival’s closing night gala with prizes sponsored by Sony and Fifty One East.

The annual pre-festival Artist Night was held recently and attended by leading artistes, actors and filmmakers from the community along with representatives from DFI. The event was a celebration of local talent followed by further cause for celebration when Qatar won the Gulf Cup, which the guests were enjoying during the event.

The festival will also present a photography exhibition to celebrate the power of storytelling through a single image, to be held from tomorrow until December 6 at Katara, Building 19.

The exhibition will present a collection of antique cameras and works by 10 Doha-based photographers who will present varied aspects of the art form – from street photography to fashion shoots and everything in between.

The exhibition is free of charge and open to all. Photography enthusiasts in the community can get involved by taking five to eight specific photographs on themes provided and upload them on Instagram with the hashtag #Ajyal14. The photographs will be printed and added to Ajyal’s photo wall that will take shape throughout the festival.

The full programme of the second Ajyal Youth Film Festival consists of daily public screenings of local and international films, family weekend, special events and exhibitions, the Sandbox interactive digital playground, school screenings and the Doha Film Experience – Ajyal’s youth jury, where hundreds of young people aged between eight and 21 years will watch and discuss shorts and features and decide on the winning films.