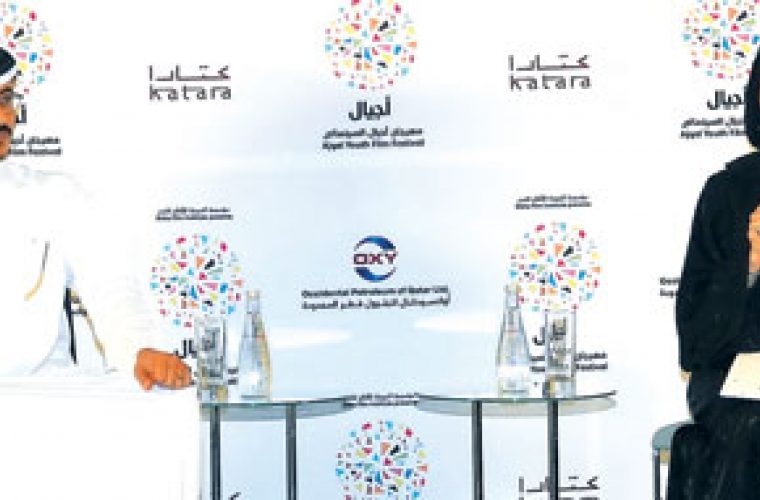 Introducing a new chapter into Qatar’s film culture, the inaugural Ajyal Youth Film Festival organised by the Doha Film Institute, is set to screen 65 films from 30 countries, said organisers yesterday. The five-day festival, which begins on November 26 at the Katara, will open with Japanese film The Wind Rises. The festival brings the best of film making from countries like Brazil, Canada, France, Mexico, Palestine, Spain and the UK. Ajyal Youth Film Festival will also showcase a selection of in-competition films under the Doha Film Experience ‘Mohaq’, ‘Hilal’ and ‘Bader’ segments to encourage young enthusiasts to develop a genuine appreciation for film. “The film festival is another major platform to strengthen the film talent. It’s a platform for the youth as well as for people in the industry in Qatar and across the region,” said Abdulaziz bin Khalid Al Khater, Chief Executive Officer, Doha Film Institute at a press conference yesterday. The ‘Doha Film Experience,’ will have young jurors, from ages eight to 21 years, and be given the opportunity to watch 21 short films and eight feature films, under three categories — Mohaq, Hilal, and Bader, — followed by discussions, workshops and question and answer sessions. On the closing night of the festival, the young jurors will vote for the films and award the ones they consider most outstanding. Fatma Al Remaihi, Festival Director, Ajyal Youth Film Festival, said: “Our young generation is the future of our country and the region. We would like to inspire them, broaden their horizons, and spark their creative interests.” The festival will bring together local and international media experts in a quest to find solutions for quality media for children and youth with a special focus on the Mena region. This two-day interactive forum will include a series of intensive working sessions and will showcase best practice from Qatar and around the world. Ajyal’s ‘Family Weekend’ on November 29 and 30, has been designed to bring the entire family together. The free of charge events include the Ajyal Studio, where audiences can be part of the filmmaking experience; storytelling workshops, and performances from local youth and international talents among others. Another key family activity is ‘The Sandbox’an interactive space that will inspire and entertain young people with the latest in media and digital technologies. The Sandbox will feature a selection of interactive 3D installations, educational games, apps, new digital creative tools, and hands-on production activities from Doha and the rest of the world. Tickets for the inaugural Ajyal Youth Film Festival will be sold at various box office counters at the Ajyal festival booth in the City Centre and at the Katara beginning from November 13. ‘Ajyal film circle card is launched this year and the card holders are entitled for a QR5 discount on each ticket for public screening and events. Tickets could be purchased through www.ajyalfilmfestival or on the Doha Film Institute’s samrtphone app. http://thepeninsulaqatar.com/qatar/260464-ajyal-festival-to-screen-65-films.html