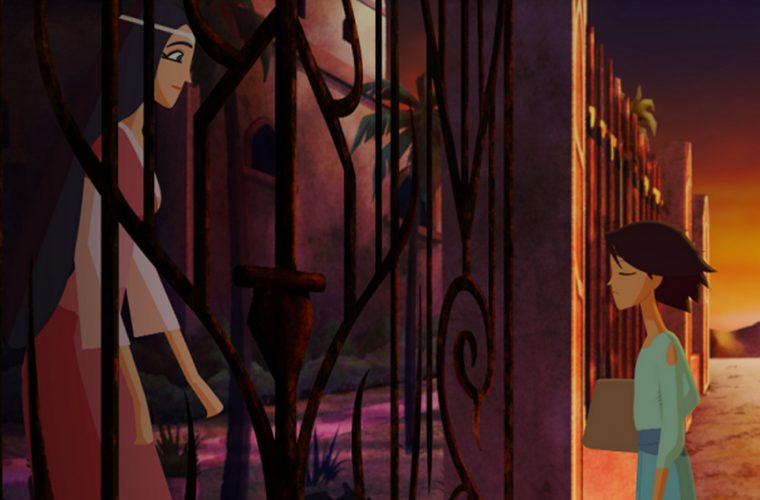 The 5th Ajyal Youth Film Festival, presented by the Doha Film Institute from November 29 to December 4 at Katara Cultural Village, will offer a diverse slate of 36 short films in competition from Qatar and around the world, representing a wide range of perspectives and cinematic approaches.

This year’s line-up of 36 short films in competition presents a rich showcase of inspiring tales from 28 countries. Collectively, the programme will help raise awareness on global issues amongst the youth and stimulate their creativity and thought process. Many of these debut productions transcend multiple genres and varied narratives, and each demonstrate the power and precision of short form cinema made by new voices from Qatar and around the world.

Ajyal jurors in each category analyse the films in their respective categories and select standout works that they feel most strongly engage their inquisitive minds and present authentic statements on society and contemporary culture.

Jurors aged 8 to 12 will watch and discuss films under the Mohaq category with 12 short films to be screened. Jurors aged 13 to 17 comprise the Hilal jury, who will watch 10 short films, while the Bader jury, aged 18 to 21, will watch two programmes of seven films each. All three Ajyal Juries will choose the Best Film from their categories, and the directors of the winning films will receive funding support for their next film.

Fatma Al Remaihi, Festival Director and CEO of Doha Film Institute, said: “Short films are an extremely refined form of cinematic expression, requiring very precise focus, where each shot and frame is measured, weighed and shaped to ensure its effectiveness. We sourced films from across the world to present our jurors a vivid cross-section of movies that present new perspectives on life, transcends borders and provides fresh insights into communities and people. In line with the theme of our festival, we focused on films that inspire our audiences with the lighter as well as profound side of life, and encourages them to contribute to positive social change.”

· Adele by Mirene Igwabi (Australia) – Faced with a serious legal problem, a child bride’s family decides on a terrible solution.

· All of Us by Katja Benrath (Kenya/ Germany) – Attacks by Al-Shabaab in Kenya have led to an increase of mistrust between the nation’s populations, but when terrorists stop a bus in the desert, humanity prevails.

· Banned Bodies by Jérémie Reichenbach (France) – In danger at home, unwelcome on the European continent, not permitted to travel to the UK, refugees in France tell their tragic stories in a film that urges us to act on the humanitarian crisis of our time.

· Cargo by Karim Rahbani (Lebanon/ Cyprus/ France) –is a hard-hitting film that shows that being forced to rely on the kindness of strangers is no match for the whims of fate through the eyes of little Abboudi and his grandfather, who are left behind by the truck they are travelling in.

· I Have Been Watching You All Along by Rawda Al-Thani (Qatar) – A young woman wanders about an abandoned cinema, rummaging through its storerooms and curiously exploring the mechanical and celluloid waste that has been left behind. She projects scraps of old footage, creating a freeform narrative all her own, breathing new life into forgotten artifacts.

· My Second Eye by Ahmad Saleh (Germany/ Jordan/ Palestine) – A mother protecting her two young sons when the family is displaced by conflict is anxious for their safety. Chasing their dream to play a beautiful oud, fate validates their mother’s fears. But as strong birds will always fly, the boys unite to transform their trauma.

· Silence by Chadi Aoun (Lebanon) – In a fanatic dictatorship, modern dance is the secret language of silent resistance. In a hidden revolution, young people celebrate the joy of life with their bodies to cope with terror, trauma and ever-present danger in a dysfunctional society about to implode.

· The Burden by Niki Lindroth von Bahr (Sweden) – Perhaps the first stop-motion animation existential black comedy/musical film on record, this short is a dark exploration of the platitudes of contemporary existence – and how to avoid thinking about them.

· Totems by Paul Jadoul (France/ Belgium) – A dramatic animation that transforms a strapping lumberjack into a series of panicked animals that try to escape their fate – eventually reminding us that we humans, too, are fatefully subject to the cycle of life.

· Tough by Jennifer Zheng (UK) – A daughter examines the fallout of her mother’s youth during the Chinese Cultural Revolution when her intellectual parents were labelled as anti-revolutionary and ostracised.

· Tracks by Elina Fessa (Greece) – The lives of a sobbing mother holding her young son in a taxi and a university student arguing with her landlord over rent fatefully intersect in a devastating accident.

· Train to Peace by Jakob Weyde and Jost Althoff (Germany) – An Iraqi immigrant, considering his nation’s recent past during a train ride in Berlin, recalls when its people were stripped of their affluence, hope and dignity, in a country where peace is now rare and happiness only comes as a guest.

· Dead Horses by Marc Riba and Anna Solanas (Spain) – In the middle of the realities of war on the ground, even an innocent child feels the close proximity of when death is near.

· Hedgehog's Home by Eva Cvijanović (Canada/ Croatia) –a hedgehog’s unwavering devotion to his home annoys a quartet of insatiable beasts, who spark a tense and prickly standoff. A warm universal tale that reminds us that there truly is no place like home.

· Mare Nostrum by Rana Kazkaz and Anas Khalaf (France/ Syria) – Set on the shores of the Mediterranean Sea, a Syrian man inexplicably puts his young daughter’s life in danger. But putting her in harm’s way may be the only way to save her.

· Nanuuq by Jim Lachasse (France) – A stunning animated short that considers what may become of the majestic polar bear if climate change continues on its current path and its icy habitat disappears.

· Our Time is Running Out by Meriem Mesraoua (Qatar) – In a blissful alternate universe, a society of children live according to strict rules, where the consequence of deviation from the norm is eternal banishment.

· Perched by Liam Harris (UK) – A ship’s captain lives in a submarine precariously perched on top of a mountain. When a seagull threatens the equilibrium of his ship, the captain must make a life-changing decision.

· Scrambled by Bastiaan Schravendeel (Netherlands) – Contrasting the tactile joys of a Rubik’s Cube with the instant gratification of contemporary video games, the value of all forms of play are explored in fun whimsical situations.

· The Switchman by Mehdi Khorramain (Iran) – A switchman catches a glimpse of his beloved every time a train arrives at a remote station, but she is never more than a mirage in his dream world.

· When I Hear the Birds Sing by Trine Vallevik Håbjørg (Norway) – Dreams of youth from Côte d’Ivoire counter the horrors of conflict in beautiful brightly colourful scenes celebration of the hope shining through the darkness of war.

· A Hole directed by Maribel Suárez (Mexico) – A little girl is fascinated by a hole she finds in the ground – but if holes won’t play games, what are they good for? A crop of pretty flowers soon answers the question.

· Aamer by Amira Bhargava (India) – 10-year-old Aamer has learned how to skillfully navigate the streets of Mumbai despite his hearing impairment. When his mother is finally able to save enough to get him a hearing aid, a whole new world is opened to Aamer, but it is not quite the world he imagined it to be.

· Hamlet. Comedy by Eugeniy Fadeyev (Russia) – A clever silhouette animation that shows what happens when a group of rambunctious schoolchildren and their exasperated teacher share a row of seats in a theatre during a performance of Shakespeare’s Hamlet.

· Mr. Night Has a Day Off by Ignas Meilūnas (Lithuania) – Mr Night, decides to have some fun while the sun is still shining; this playful film considers what might happen if night and day were mixed up.

· Our Wonderful Nature - The Common Chameleon by Tomer Eshed (Germany) – The misadventures of an insatiably hungry chameleon; his eyes might prove too big for his tummy as he greedily comes closer to biting off more than he can chew.

· Red by Kholood Al Ali (Qatar) – A shy and lonely boy sees an abandoned pair of red trainers hanging from a telephone wire. He wants them dearly – but can he stamp out his fears and find a way to get them on his feet?

· Sing by Kristóf Deák(Hungary) – When young Zsófi is told by Miss Erika, the choir mistress that she is not good enough to sing along with the choir, she hatches a plan to expose the unfair treatment.

· The House of Colours by Nicolás P. Villarreal (Argentina) – A little girl who loves a technicolor television show so much that she wishes she could live inside it – but her mother has a secret that will give her daughter much more.

· The Penguin by Pascale Hecquet (France) – Based on a lovely children’s song, this is the tale of a misfit penguin who doesn’t like the cold – and learns that the grass isn’t always greener on the other side.

· The Pocket Man by Ana Chubinidze (France/ Switzerland/ Georgia) – A tale about a tiny man living in an old suitcase who makes an unexpected connection with an elderly blind man that ultimately makes his life better.

· Yaman by Amer AlBarzawi (Syria) – Yaman is a young inventor. His best invention yet is the revolutionary machine that can turn normal tissues into incredible ones filled with hope.

Tickets are on sale and are priced QR25 for general screening. Tickets are available for purchase 24 hours a day at ajyalfilm.com or from the Ajyal Katara Main Box Office in Katara Building 12 or Ajyal FNAC Ticket Outlet, FNAC Qatar at Doha Festival City.

The Ajyal Youth Film Festival is made possible thanks to its partners: Katara Cultural Village as its Cultural Partner; Qatar Tourism Authority is the Strategic Partner, and Occidental Petroleum Corporation and Ooredoo are the Principal Partners. For more details on the Ajyal Youth Film Festival, please visit www.dohafilminstitute.com/filmfestival