5 Netflix Horror films to get you in the Halloween spirit! 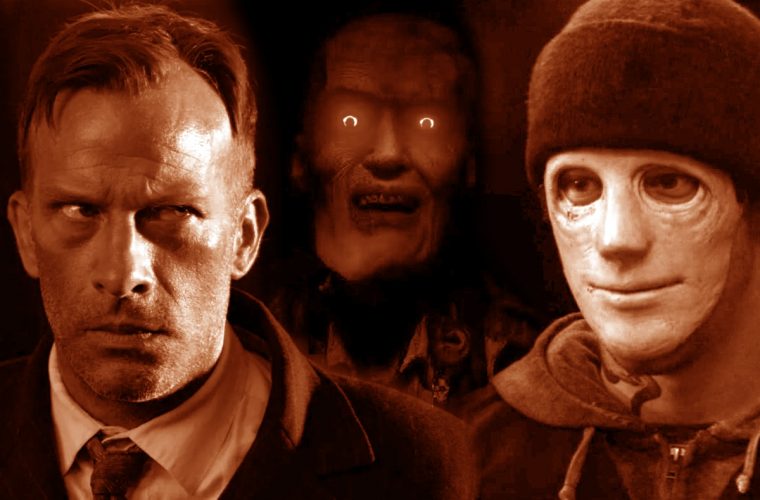 I love Halloween. It is my absolute favorite holiday. As long as I can remember I have loved everything that came with the holiday. Cool-weather, beautifully colored trees, spooky music, lots of great horror new releases, the annual specials like It’s The Great Pumpkin Charlie Brown, Halloween parties and last but certainly not least, the unmitigated joy of Trick-Or-Treating. It was a great tradition.

First off, nothing beats getting dressed up as your favorite character from cartoons, movies, shows, comics or video games. Secondly, you get to walk around with friends and family going door to door around your local neighborhood where people willingly shower you with costume compliments and candy after candy. As long as they had their porch lights on of course…No lights means no candy. Grumpy cheap chiselers!

I loved going home and dumping out my pillowcase full of candy onto the table. Yes, I said pillowcase. Any self-respecting trick-or-treater knows those plastic orange pumpkin heads don’t hold enough candy. They also result in you getting less candy from people. It is a psychology thing. If they see your bucket almost full, they only give you a piece or two of candy. But if they see your pillowcase is only a quarter of the way full they will put a hand full of candy in there.

But I digress. You had to dump your candy out and check it piece by piece for glass and razor blades because of that ridiculous urban legend that said in the past kids were tricked into eating booby-trapped sweets and lost their tongues because of it! Our parents believed it whilst we never did. But you did what you had to in order to be able to pig out on your candy for the next few weeks.

Of course, as an adult, you aren’t able to trick-or-treat. If you did people would probably call the cops thinking you were some kind of weirdo. So once you hit your late teens you start going to Halloween parties. As you get bigger the parties get more raucous and the costumes get a lot smaller. It is a great time for all.

But what does all this preamble have to do with 5 scary movies? Everything! How do you ask? All of the above things are not something you really get to do here in Qatar or the GCC in general really. So what can you do to enjoy this Spooktacular season with your friends and family? Watch horror movies while chowing down on Halloween treats of course.


Here are 5 horror films that I highly recommend you watch to get in the mood for this Halloween! So get your popcorn mixed with whoppers, candy corn, and peanuts ready, have your friends sit close to you on the couch as there is safety in number and prepare to binge till you can’t sleep for fear of nightmares! Remember the choices in this list were dictated by what is available on Netflix Middle East North Africa which is not a lot. Never fear though as I have picked some of the best for you screaming pleasure!

So those are my 5 choices for the Netflix MENA Horror films that will get you in the mood for All Hallows’ Eve. They won’t replace a good trick-r-treat or party, but they will scratch that Halloween itch so long as you enjoy them with chocolate, candles and some company!