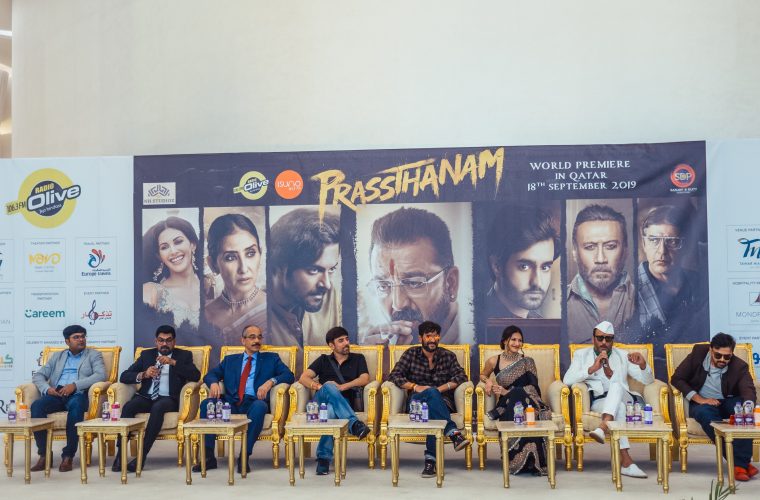 Qatar’s No1 Hindi radio station 106.3 FM Radio Olive made the history in Qatar by organising the first world premiere of Hindi film Prassthanam on 18 September 2019 at Novo Cinemas, Tawar Mall.

Prasthanam became the first Hindi film to have a world premiere in Qatar. Movie stars - Jackie Shroff , Chunky Pandey and Amyra Dastoor, Lovel Arora arrived at Radio Olive studio where they were given a grand welcome followed by the radio interviews. Team Prasthanam enjoyed interacting with Radio Olive RJs. The world premiere was held later in the afternoon at Novo Cinemas, Tawar mall.

Indian actor Jackie Shroff and Chunky Pandey said “this was the best welcome given by a radio station in their experience”. Radio olive listeners were also delightful to share the moments of laughter with the star cast at the Meet and greet held in Tawar Mall before the movie screening.

“It’s a proud moment for us as we made history by organising first Hindi film to have hosted a world premiere in Qatar. We will bring more such surprises in coming months”, said the Managing Director of Radio Olive, Mr. Ameer Ali. “We look forward to hosting our next big event - Radio Olive Dandiya Night which will take place on 4th October at Radisson Blu hotel”.