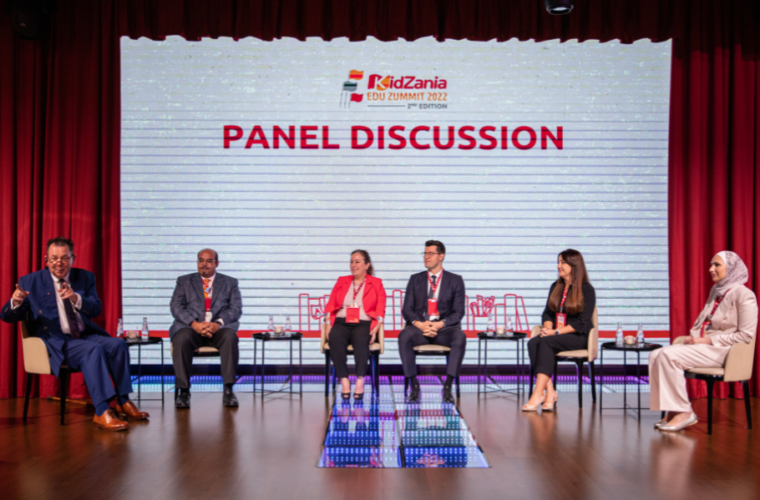 KidZania Doha, the leading edutainment brand in the world, recently held its 2nd edition of EduZummit 2022 on 6 September 2022 at KidZania Doha. It is an event which aims to be a platform where educators can both collaborate and share their insights concerning children’s learning.

This is the second time that KidZania Doha hosted this event, with the first edition being in 2019. This year’s EduZummit revolved around the topic of STEAM which is a very timely and widely used term in educational institutions all around the world. It also aligns with Qatar National Vision 2030 of developing and empowering children.

Together with Dr. Ger Graus OBE, First Global Director of Education at KidZania, Founding CEO of the Children’s University, a Global Education Adviser, and a renowned figure in the field of education who is known for his trademark “Children can only aspire to what they know exists,” the event was joined by several notable professionals as panelists such as Dr. Kashif Hussain, Dean of the College of Business Management at the University of Doha for Science and Technology, representing the Ministry of Communication and Information Technology, Ms. Sabine El Kahi, Project Manager at Studio 5/6, Mr. Yakup Ates, Sales Manager at Twin Science – Turkey, Dr. Summer Bateiha, Associate Professor of Mathematics at the Virginia Commonwealth University School of the Arts, and Eng. Nour Adas, STEM Instructor at RoboThink and VEX Robotics Academy.

To open the program, Ms. Hela Guedoir, Head of Sales at KidZania Doha, said that “The children are the next generation of world leaders, and it is our duty to help make the world a better place for them. We, at KidZania Doha, see our responsibility to spread this message to the community.”

Dr. Ger Graus OBE then delighted the guests with a keynote speech entitled “Lifting the Lid”, where he discussed about how we can support children to be their best selves and give them exposure to various careers resulting to wider opportunities.

He shared with the audience how education systems will evolve, as well as how to unlock the potential and creativity of the children without pushing them into a certain career or field. He said that, “It is important that kids get introduced to this idea at a very early age because when they reach fourteen, all misconceptions will already be laid out to them.”

As part of his speech, he shared a story about his old student who became successful. Many years later, that same student recognized Dr. Ger as the reason why he is where he is now. Dr. Ger said to the educators, “If you are a teacher, some day 50 years from now, someone will think of you and say your name. Let that sink in.”

This was then followed by the main part of the program which was the panel discussion where Dr. Ger Graus OBE served as the panel moderator.

During the panel discussion, they elaborated the importance of each of the sectors of STEAM, as well as shared their own experiences when it comes to how STEAM helped bring them to their chosen careers and how it helped them succeed in their own respective fields.

Dr. Kashif and Dr. Summer, who are both in the field of mathematics, shared how arts helped and drove them to the career they are in currently, proving that STEAM is all interconnected to each other.

To end the program, all educators were given the chance to experience KidZania’s unique roleplaying activities by doing several professions such as firefighter, first-aider, police, radio jockey, recycling specialist, oil rig crew, performer, and a lot more. KidZania aims to provide a realistic and unique learning environment for children that is both fun and educational through role-playing which is an effective way of teaching children.