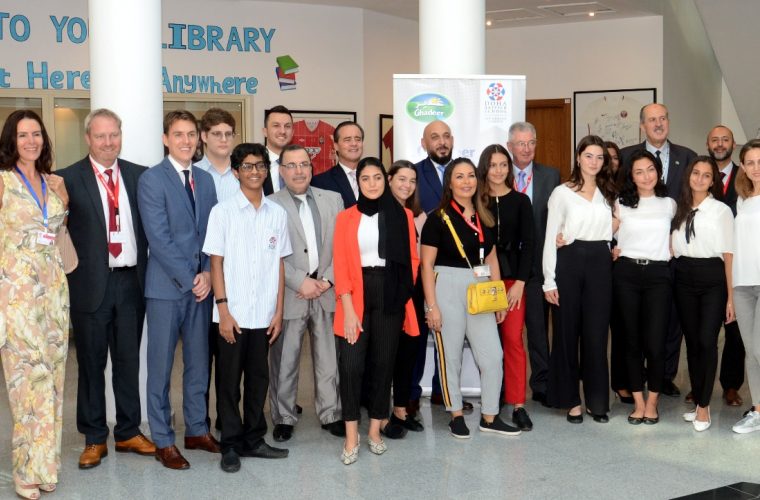 Aligned with its vision to provide a leading model of social and educational dimension to industrial enterprises, Qatari Arab Dairy Company (Ghadeer) launched the initiative of Ghadeer Impact Academy at the Innovation Competition Awards, organized by Ghadeer in collaboration with Doha British School, for high school students in the field of business, which was launched three months ago and included introducing students to projects to develop dairy and juice for "Ghadeer".

Throughout the competition, dozens of students from Doha British School presented scientific and practical projects with innovative ideas and products with the help of their professors. The aim was to select a winning team to present a project that Ghadeer will adopt to create a real product for the company to the Qatari market.

During the past three months, several meetings were held between the students and the management of Ghadeer Company from the departments of marketing and strategic development. In order to gain hands-on experience, the students had the opportunity to open new horizons to develop their scientific skills and abilities.

The collaboration between Doha British School and Ghadeer aims to raise awareness among students and provide a model of collaboration between educational institutions on one hand and industrial and commercial companies on the other, to work towards increasing students' knowledge about the process of production, manufacturing and marketing, by engaging them in real activity through practical experience.

The competition concluded with a large ceremony attended by parents, students, teachers, the departments of Ghadeer, Doha British School and a crowd of journalists and media figures. The ceremony also featured a final presentation from three groups of students to present their projects for a jury of experts and specialists, whereas the winning project will be adopted by Ghadeer.

On the sidelines of the ceremony, Mr. Khaled Jayousi (Managing Director) and Chairman of the Qatari Arab Dairy Company "Ghadeer", said that the initiative "Ghadeer Impact Academy" expresses our strong belief in the need for community participation as a company and the company's mission to open its doors to a generation of creators and innovators within our students who deserve to develop their abilities in our factories and our company that we hope will become a platform to launch outstanding creative ideas and embrace them.

Mr. Terry McGuire, Director General of the Doha British School, stated that the experience the students have gained working with Ghadeer was a model of cooperation between the education sector and economic institutions that creates a social, educational and academic impact for our students, by acquiring a hands-on experience that enriches their knowledge."