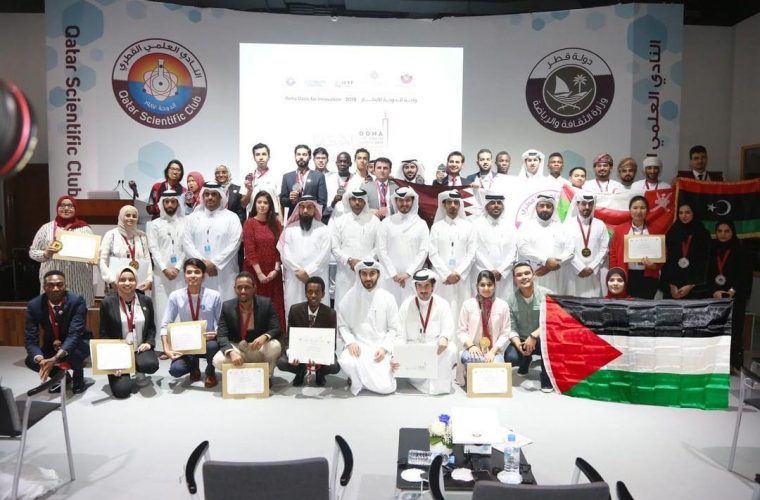 As part of 'Doha OIC Youth Capital 2019' activities, the Ministry of Culture and Sports in collaboration with Islamic Cooperation Youth Forum (ICYF) concluded the activities of Doha Oasis for Innovation on Friday.

The Doha Oasis for Innovation was held under the motto "The Youth is the Power of Nation" in collaboration with the Qatari Scientific Club and under the supervision of the Qatar Center for Cultural and Heritage Events.

During the activities of the Doha Oasis for Innovation, 42 inventors from 32 countries in the Muslim world aged 18 to 30 competed through individual and group competitions to develop the talents and abilities of young people involved in the fields of invention, innovation and manufacturing.

At the closing ceremony, the competition jury chaired by David Taji Farooki announced the results of the individual competitions; and medals were awarded to winners and technicians who helped the teams implement their ideas and turn them into a prototype were honored.

In a statement, Director of Youth Affairs Department at the Ministry of Culture and Sports Hussein Rashid Al Kubaisi said that the Doha Oasis for Innovation has proved to be successful in proving that young people are able to face challenges, as long as there is the will and potential. This reassures their future role in achieving the renaissance of Islamic societies, he said, while highlighting young people and their abilities to make 6 inventions in just 48 hours.

This is an achievement for young people and at the same time demonstrates the success of Doha Oasis for Innovation, Al Kubaisi said, pointing out the competitors were sorted based on a number of technical criteria such as obtaining a patent for projects participating in individual competitions, and accomplishing achievements at the local or international level in the field of science and innovation, the existence of a model of the idea involved, and the ability to teamwork.

He pointed out that an international jury was formed to evaluate the innovative projects of the participants to choose the winners who must be the owners of new innovations.

For his part, Rashid Al Rahimi, Deputy Executive Director of the Qatar Scientific Club and head of the individual competition committee, announced the results of the Doha Oasis for Innovation and called for the establishment of a scientific club in the Gaza Strip in Palestine, based on the right of young Muslims in various Islamic countries to have access to the appropriate scientific equipment to achieve their innovative ambitions, adding that this should be done in cooperation with accredited charities and relevant international organizations.

The Doha Oasis for Innovation is meant to provide individual and group competitions to develop the talents and abilities of young people in the areas of invention, innovation and manufacturing.

The competition is divided into two section: The first is an individual competition, in which each participants will present their invention within two days and there will be a jury working according to international standards for this area, meeting

standards adopted by the most important exhibitions in the world. The second competition is a group competition. The participants are distributed in groups based on different categories. The Qatari Scientific Club provides all the facilities and necessary needs to assist the innovators for executing their projects.

The group competition seeks to emphasize cooperation and exchange of experiences among the youth of the Muslim world, in addition to introducing young people on how to develop innovations from the idea to the establishment of a professional company. The winners of the group competition will be honored during the closing ceremony of the 'Doha OIC Youth Capital 2019'.