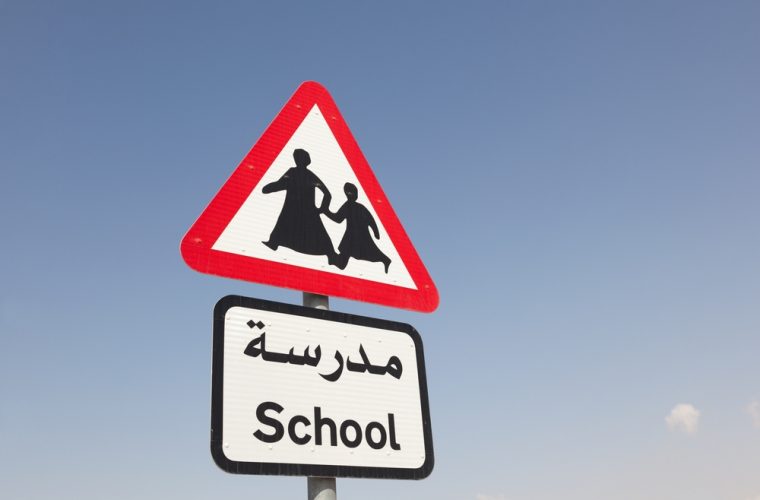 The Public Works Authority Ashghal continues to implement a comprehensive and ongoing programme to enhance traffic safety in school surrounding areas as part of the implementation of the National Traffic Safety Strategy, by improving road conditions and maximizing safety.

Ashghal prioritises the programme to enhance traffic safety in the surrounding areas within the framework of the implementation of the National Traffic Safety Strategy (2013-2022), to reduce traffic congestion in these areas, to separate pedestrian and vehicle traffic, improve temporary unpaved roads and ensure the safety of students and parents upon arrival or departure from school.

Priority was given to 504 schools across Qatar, in coordination with the Ministry of Interior and the National Road Safety Committee, based on a study conducted by the Ministry of Education and Higher Education to select school areas in need of development.

To date, Ashghal has completed the improvement of roads surrounding 375 schools, covering 74.4% of the total number of schools.

In addition to finalizing designs for the surrounding roads of 23 schools, which are expected to get started as soon their approvals are obtained from concerned entities in the country, while the design of the surrounding road plans is in progress for another 40 schools.

The School Zone Safety Programme aims to ensure the safety of students and parents upon their arrival or departure from schools and to ease traffic congestion which is seen next to schools and which exacerbates due to the lack of parking spots, sidewalks, and footpaths.

Based on a study by the Road Operation and Maintenance department at Ashghal, the designs, which will develop traffic safety standards in school zones, will be set according to the results of the study and they will be adjusted according to the school administration recommendations.

Implementation follows to establish safe roads in the school zones, providing car parks, building medians and small roundabouts in order to manage traffic flow in those areas. These works include as well as placing a sufficient number of directional signs, and road markings near schools. Moreover, the speed limit in the school zones will be set at 30 km/h and speed bumps will be installed in order to reduce speed.

In order to ensure the pedestrians safety, the Roads Maintenance team at Ashghal creates safe pedestrian paths for them and for people with special needs, noting that the enhancement and maintenance of these walkways will also be ensured.

In addition safe entrances to schools, which overlook main streets, are provided as well and bright coloured rumble strips are placed to alert drivers when arriving or leaving the school district, also clear warning signals will be placed at on the roads leading to schools.

The completion of the integrated development works for every school needs about three months, preceded by several stages of studying and evaluating safety elements, which include the determination of the entrances and exits of the roads leading to the school in order to place the directional signs within walking distance of the institution. In addition to setting standards, technical foundations, and general requirements for the establishment of parking lots and various stopping points to facilitate the passenger drop off and pick up and determine the pedestrian crossing sites.

As part of the programme implementation, Ashghal coordinated with all the administrations of the concerned schools in order to determine the safety requirements in the school zones before designs are finalised and the implementation starts. Furthermore, all the safety elements will be ensured in the schools that are currently being built or those, which will be built in the future.

The list of schools included in the program to promote traffic safety around schools is increasing at a monthly and annual rate, from 276 schools in 2012 (beginning of the program) to 504 in 2019, and the number is still rising.