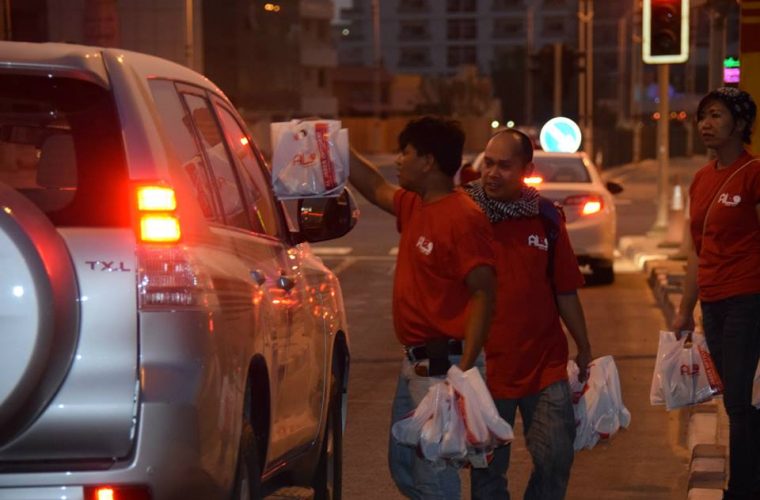 In Qatar, another major project during the Holy month Ramadan is executed by Reformed and United GUARDIANS Brotherhood Int'l. Inc.. Legion Qatar (RLQ) on the 10th of July 2015, at the Ramada Signals, The Traffic Awareness Campaign and Ifthar Drive as supported by AL Jaber Opticians. Family Food Center has also donated some goods.

..Many Thanks to sir Spee O Ali and team 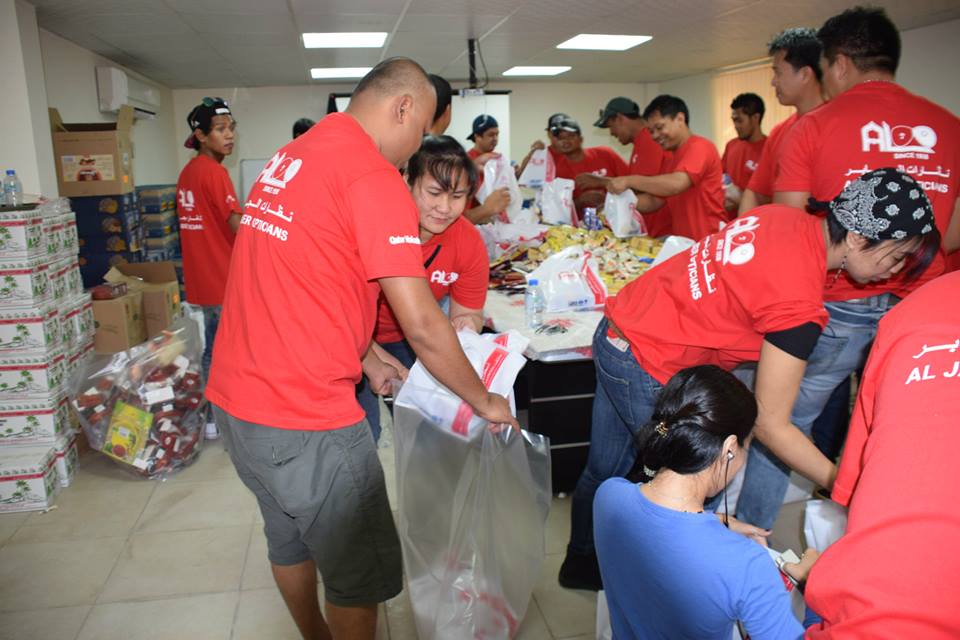 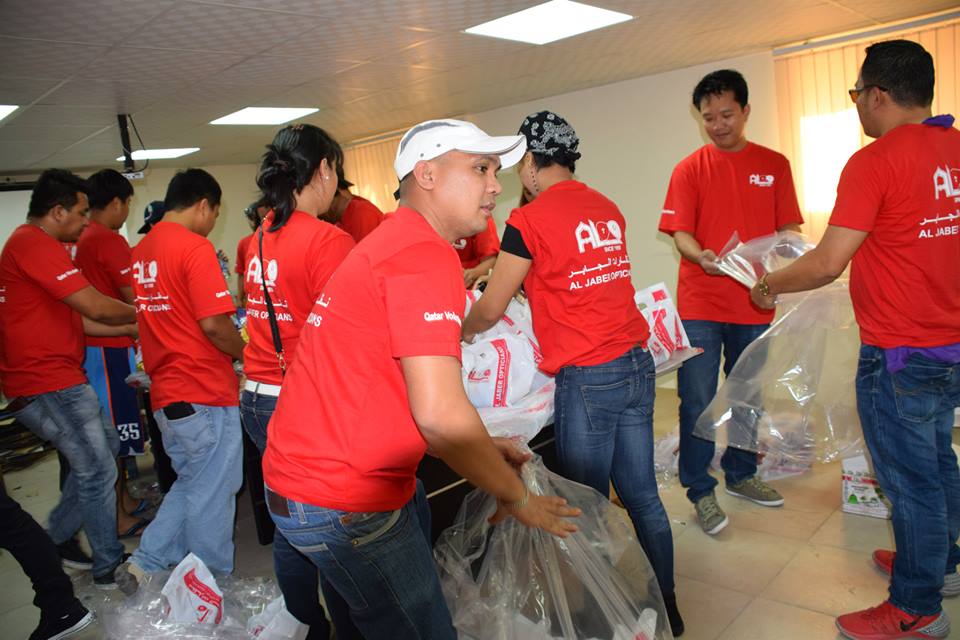 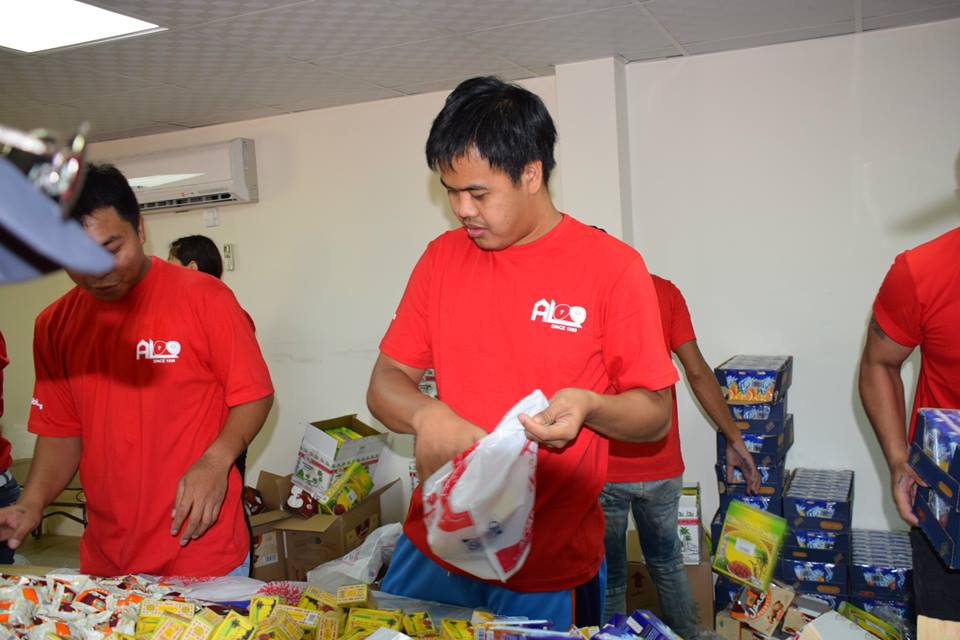 One of the objectives of the project is to provide main foods and drinks / Ifthar to all the motorists especially those who are fasting during the month of Ramadan , secondly, is to camapign traffic awareness to prevent any road accidents that often has caused by the rush of driving just to get on their places for Breakfast. 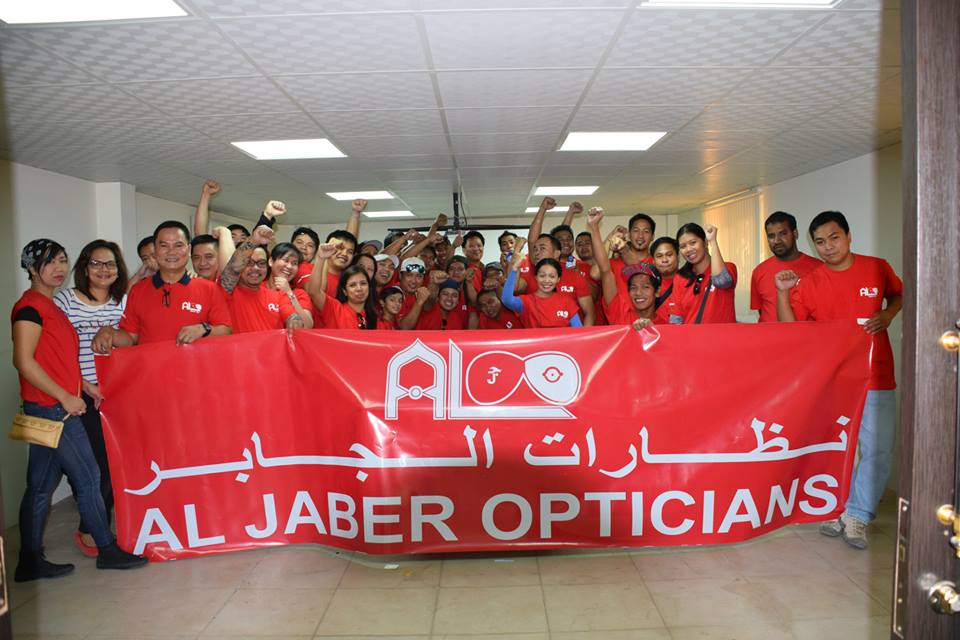 AL Jaber Opticians became the main sponsor to support the Group. It is the Fifth year for the company and Fourth year for the Community Organization to carry the event. 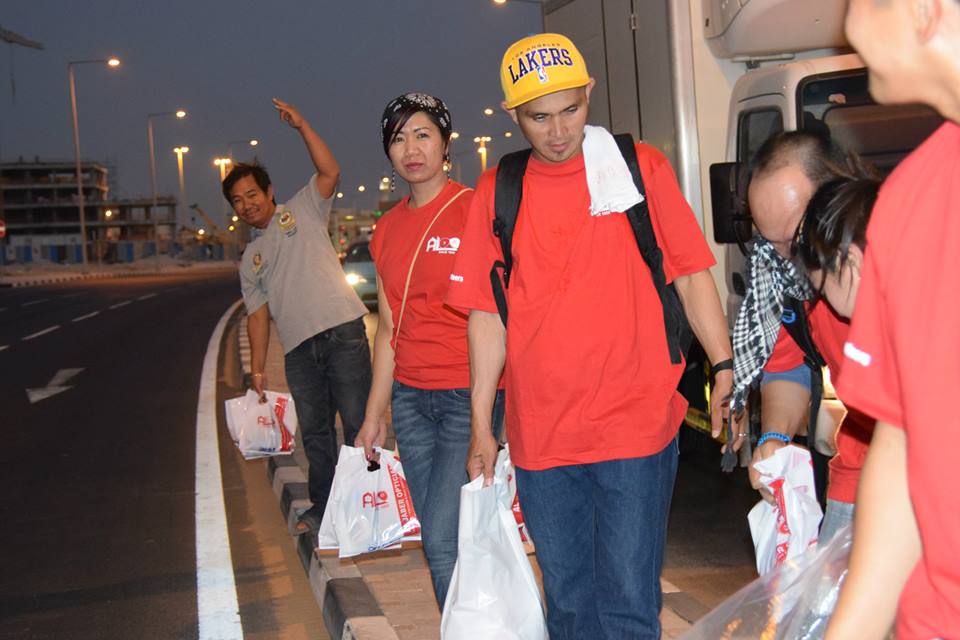 The company has provided freely the main needs on the event, aside from the foods and drinks they also opened their hall for the group prepare the food packs. 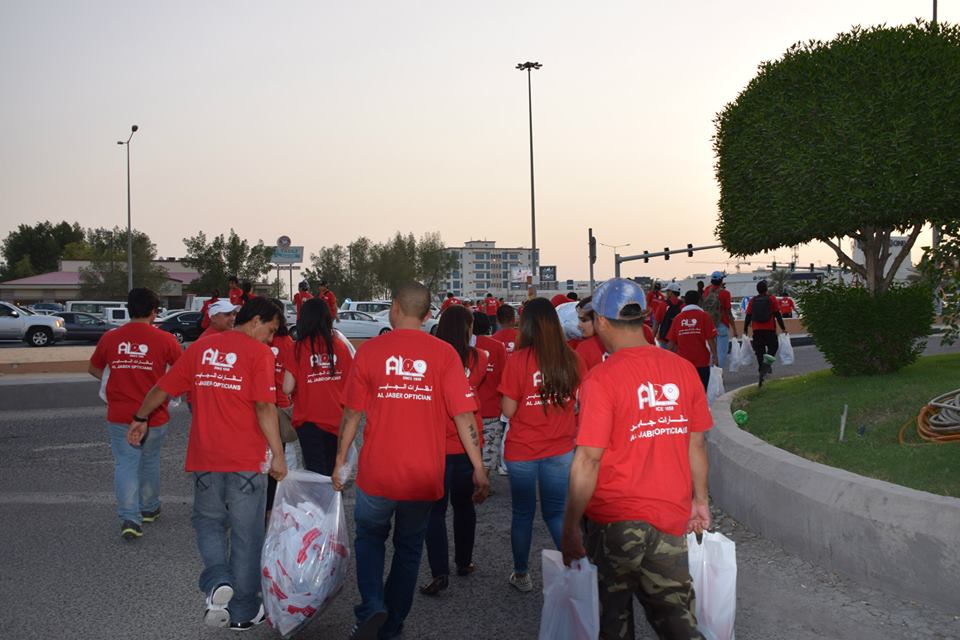 There were more than one hundred and seventy volunteers who carried out the project. It was spearheaded by the Al Jaber Opticians’ employees and the Reformed and United GUARDIANS Brotherhood Int’l. Inc. (R.U.G.B.I.I.) Legion Qatar which was composed by AMEGA Group (GUARDIANS) , STONE Group (GUARDIANS) , Master of Defender Group (GUARDIANS) , they were joined by other community groups RUGBII DSSG Group (GUARDIANS), GI 10th WING (GUARDIANS) , iLove Qatar, Qatar Living Volunteers, Pinoy Ads Qatar, BalitangQ. It was a pride that the Philippine Embassy-Qatar has supported the event with the presence of Mr. John Jiao - Cultural attache'.
The Couple, Engr. Rennier Cervania and his wife Mrs. Jhing Cervania were also grateful to be part of the event. 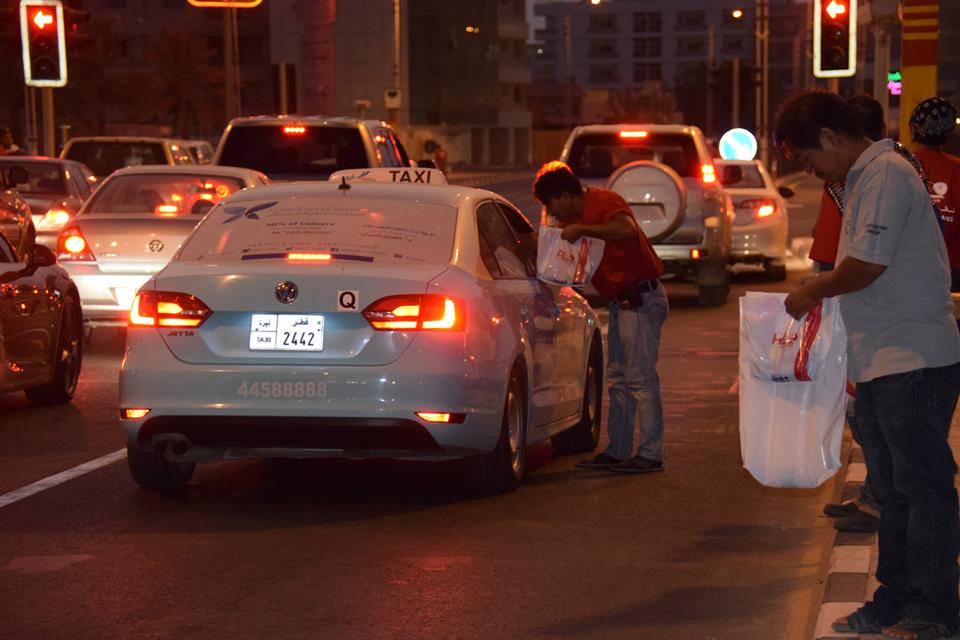 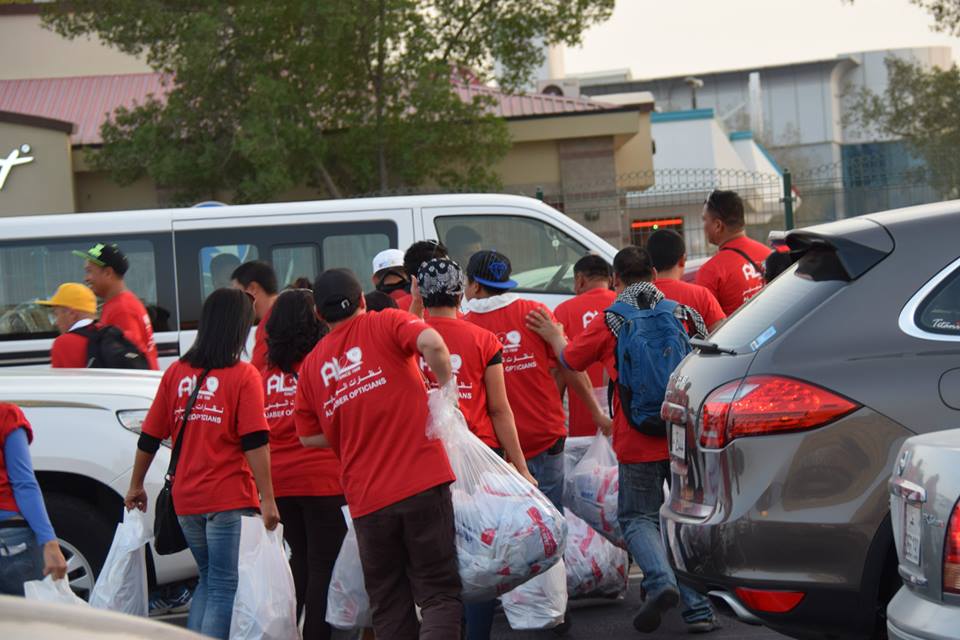 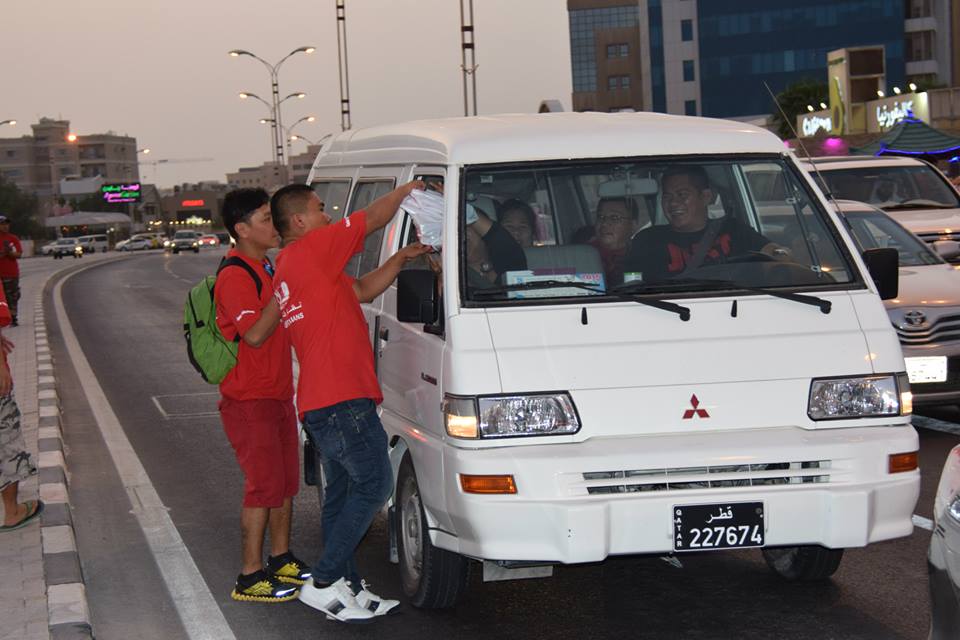 Within twenty minutes, the food packs were successfully distributed to at least 2,500 packs in Ramada Signal and another 500 pieces was transported to be distributed to Industrial Area.. 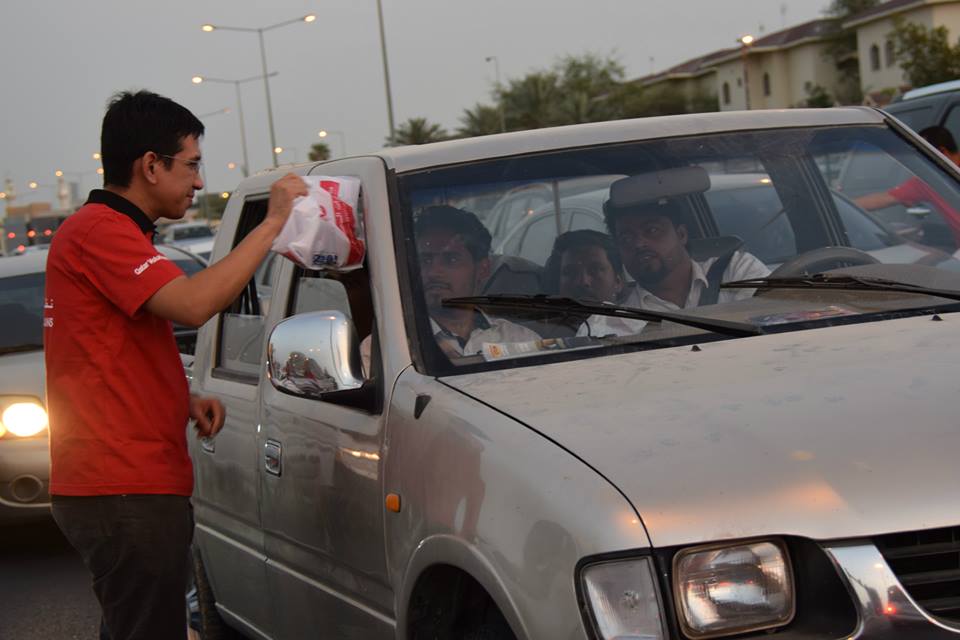 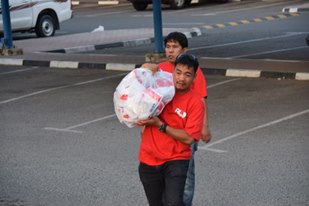 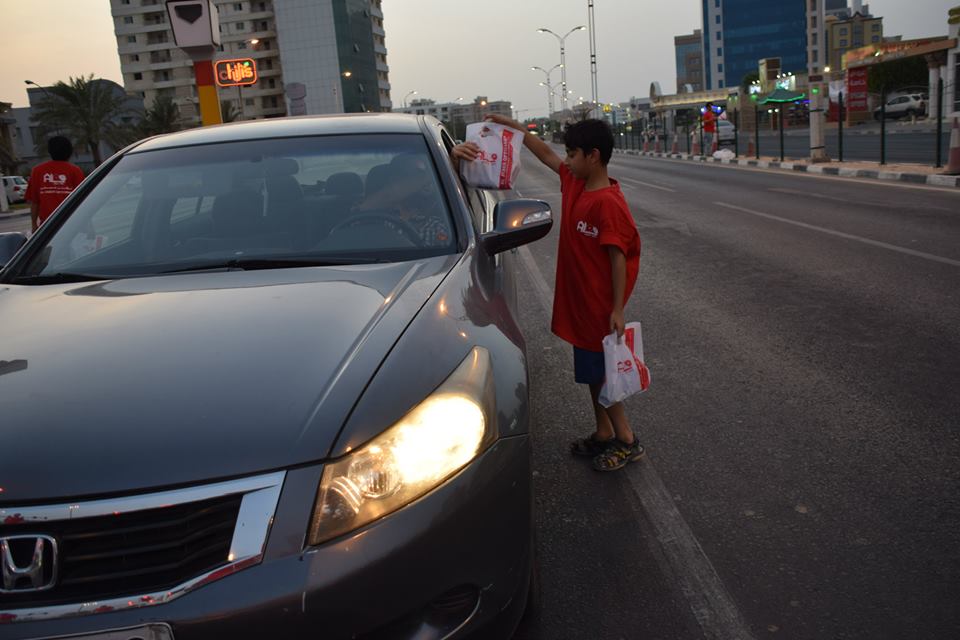 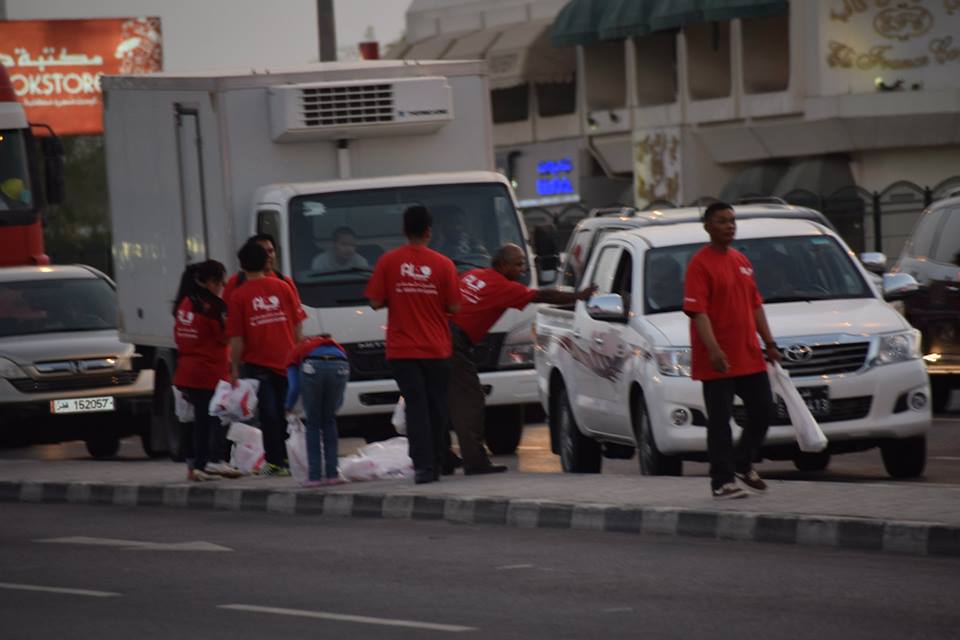 Despite of humid weather, all Volunteers enjoyed the giving, and so are those who received the food-packs. Beneficiaries salutes and thanks Al Jaber Opticians and the volunteers on their advocacy. 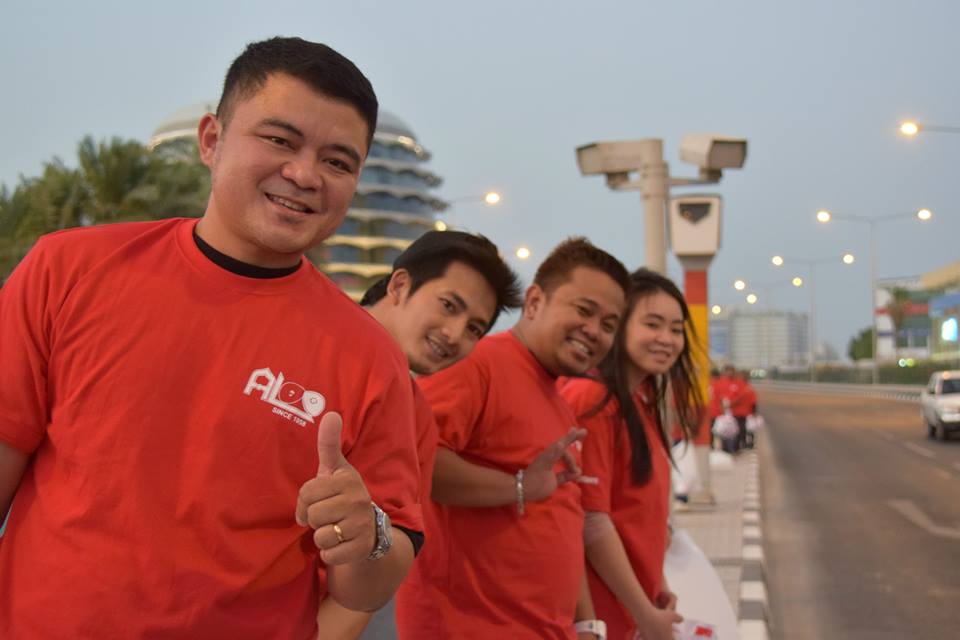 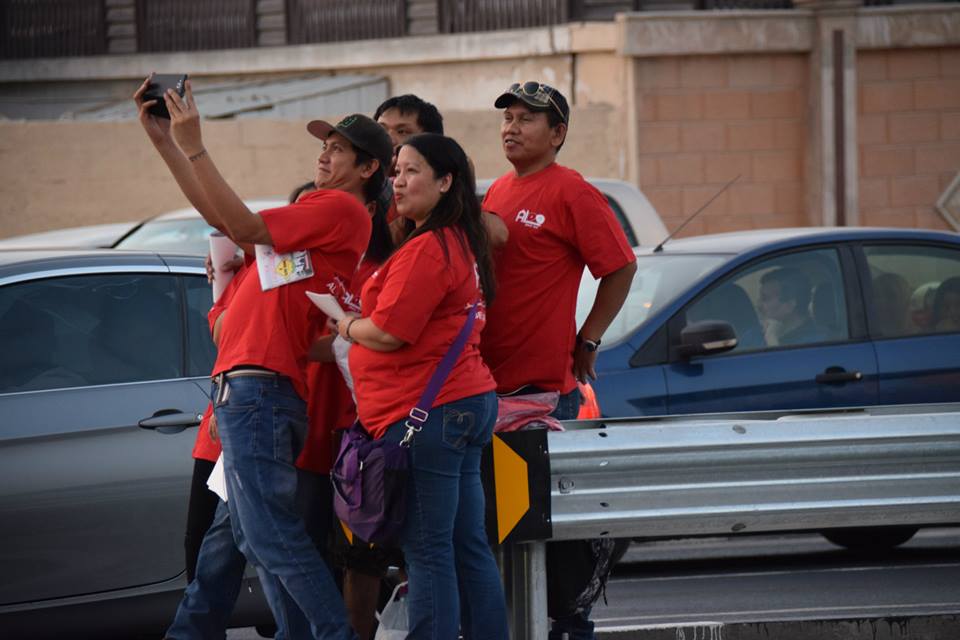 According RLQ group, it is an unparalleled experience that strengthen them to protect the trust granted to them. They will stand firm and to live with their belief to be : Pro-God, Patriotic, Pro-People and Pro-Environment.

The event was actually inspired by the charity works rendered by Qatar Living Volunteers in 2011, and became a traditional practice of Al Jaber Opticians as always organize by Mildred Ngoaban-Management Representative in Al Jaber Opticians and current Chairperson of RLQ (2014-2016)

The whole family of Al Jaber conveyed their gratitude to all the volunteers especially the Filipino Community in the State of Qatar.

The Company and the group are looking forward to continue this project in the coming years, as they are united for a common goal to help others. And by acts of charity and public service, they share to people - peace, harmony and respect to their Beliefs and religions, not only the during the advent of Ramadan, but on their everyday life.