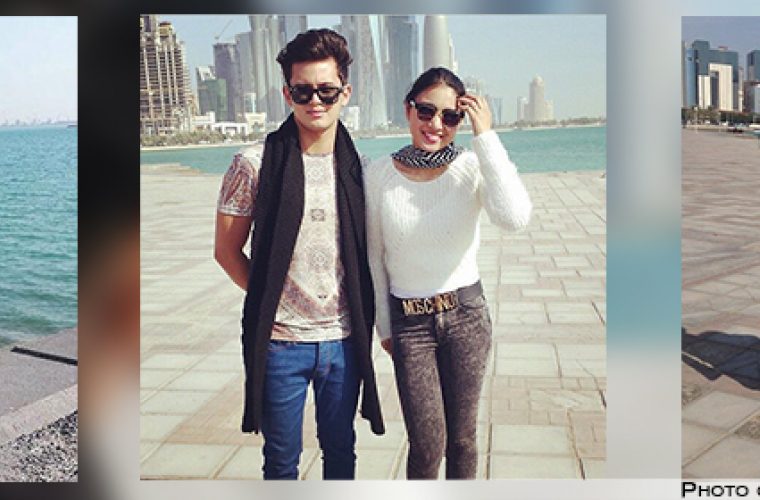 Filipinos and even foreigners who are fans of ABS-CBN's James Reid and Nadine Lustre did not miss the chance to personally see their idols when the couple held the "JaDine In Love World Tour Concert" in Doha.

JaDine and certified OTWOLISTA (On The Wings of Love) fans screamed with excitement during the concert held at the Doha Exhibition and Convention Center.

Some fans even risked being stopped by security personnel just to get closer to the stage.

Even foreigners were drawn into the JaDine fever like Sami Almilaify who traveled from Saudi Arabia with his Filipina wife, Imelda, just to watch the show.

"I was very excited to be here today. We are travelling from Saudi Arabia just to watch this event, and we want to thank TFC for all the efforts to have this event in Doha," he said.

His wife is a certified OTWOLISTA.

"We loved the concert today. We really enjoyed it," she said.