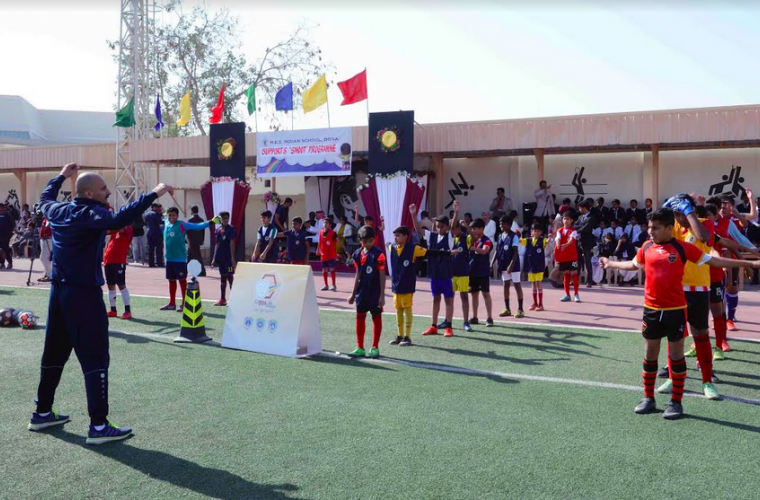 The third edition of "Shooot" awareness program was launched today Sunday, December 3, 2017 at MES Indian School. The program, which is organized by the Public Relations Department and Qatar Police Sports Federation at the Ministry of Interior, is held under the theme "Through awareness we achieve the goal".

The program started with football match between two teams of the students. The players played football amidst the traffic signs urging adherence to traffic laws and calling for safety signs to be kept while driving. The trainers of the Qatar Police Sports Federation guided the students during the game, in an atmosphere of great enthusiasm.

Lt. Col. Hamad Muhammad Al Muhannadi expressed his thanks to the school authority for their good preparation and hosting of the event, stressing that the program would help strengthen traffic awareness among the new generation. He called on the students to utilize the program for learning traffic rules and regulations through sports events. A memento was also presented from the Ministry of the Interior to the principal of the school in appreciation of her efforts.

Prof. Hamida Qader, Principal of MES School said that this awareness initiative of the Ministry of Interior would result in constructive and effective results, that aims at educating school students in an early stage, involving students between the ages of 9 and 12 years. The young students can learn the basic traffic principles and thus achieve the goal.