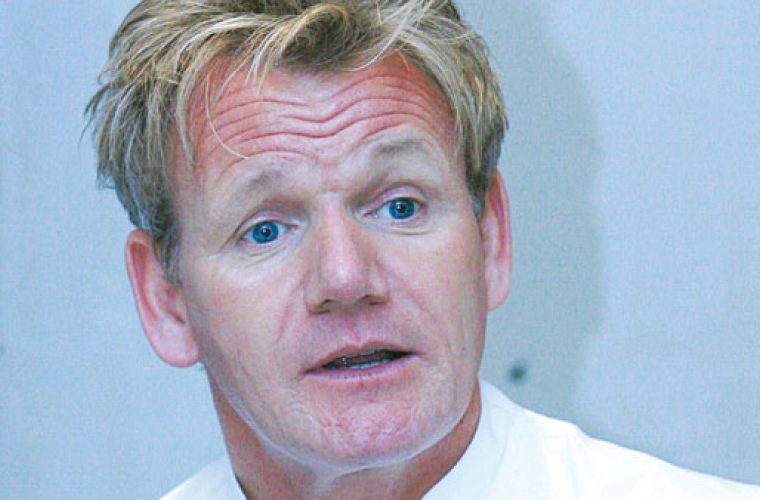 The Gordon Ramsay restaurants at St. Regis Doha hotel are on the path of “continuous growth” which will be the focus for the next three-four years, world renowned chef Gordon Ramsey told mediapersons yesterday. The UK-based celebrity chef said two restaurants at St Regis Doha, Opal by Gordon Ramsay and Gordon Ramsay, have had an exciting first year since opening in 2012. “I am delighted by the support the Gordon Ramsay restaurants have received in Doha. We had a successful launch and an exciting first year,” he said. Ramsay said that the most important thing for his restaurants was that they were growing. “There’s still some tweaking, yes. So much more difficult when you’re running against the operations within the vicinity of what someone else is offering [at the same hotel] …you’re almost pitching for your own existing market. There’s going to be a lot of focus in Doha for the next three four years….I think it’s on a continuous growth.” The restaurants, located at The St. Regis Doha, are the only Gordon Ramsay branded restaurants in the Middle East. On the shutting down of his restaurant Maze at the Pearl Qatar, he termed it a ‘smart move’ because it had became financially unviable. “Things have to work commercially as well,” he said. He said he believed Qatar would liberalise its laws as the FIFA World Cup 2022 nears. “The excitement with the World Cup and what’s happening, and how the focus of the world’s media will be on Qatar throughout….As a nation [Qatar] is making great inroads, developing rapidly….”. Gordon Ramsay is known not only for his exceptional cuisine, but also for his popular TV programmes on the Fox Network: Hell’s Kitchen, MasterChef and Kitchen Nightmares. Guests yesterday were treated to his award winning cuisine. “We are delighted to welcome Gordon back to see how well the Gordon Ramsay brand is resonating with our customers here in Doha,” Tareq Derbas, general manager, The St. Regis Doha, said. Headed by chef Gilles Bosquet, a veteran of a number of Michelin star restaurants, Opal by Gordon Ramsay offers culinary delights inspired by classic Gordon Ramsay dishes. Serving classic, affordable traditional British style food in a warm bistro-style environment, it’s a relaxed place for gathering with family and friends. Gordon Ramsay is the signature restaurant, a five-star dining experience in an intimate setting that was inspired by the features of a classic English Manor. http://www.gulf-times.com/qatar/178/details/377631/%E2%80%98sustained-growth%E2%80%99-seen-at-ramsay%E2%80%99s--restaurants