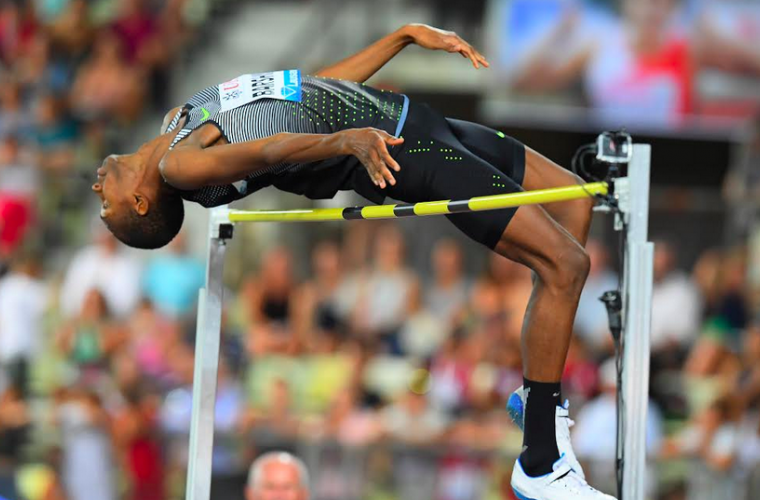 Qatar’s Olympians and rising stars are set to compete amongst some of the best athletes in the world in the first meeting of the 2017 IAAF Diamond League season in Doha. Qatar’s athletics team will join an already outstanding list of athletics superstars who will compete on 5th May at Qatar Sports Club. Lead by Olympic silver medallist, Mutaz Barshim, 13 Qatari athletes will compete, including fellow Olympians Ahmed Bedeer competing in the javelin and the fastest man in Asia, Femi Ogunode in the 100m.

The javelin competition is set to be a thriller, with Qatar’s young Olympian and Aspire Academy graduate, 21-year-old Ahmed Bedeer looking to continue his solid progress in the sport in a competition that features the Rio 2016 Olympic gold and silver medallists, Thomas Röhler and current World Champion Julius Yego. Bedeer set a personal best of 84.74 to qualify for Rio 2016 and will be aiming to use the Doha Diamond League to gain further experience on his road to the London 2017 World Championships in August. Also joining Magour is Qatar’s Mohamed Kaida, who will also be competing in the Diamond League for the first time.

Germany’s Röhler, who narrowly missed the Olympic record in Rio after throwing an untouchable 90.30m – just 0.27m shy of the record - will be the one to watch in Doha but he will no doubt face a strong challenge from Kenya’s reigning World Champion and “Mr.YouTube Man” Julius Yego – who gained his nickname after learning to throw by watching YouTube videos. A total of six of the top-ten finalists from Rio 2016 will be competing in Doha, including last year’s Diamond Race winner Jakub Vadlejch of the Czech Republic.

Qatar’s two-time Olympic medallist Mutaz Barshim is hoping to get the crowd on their feet as he returns to compete on home soil after a winter of focussed training. Barshim jumped just two centimetres short of the world-record in 2014 and will no doubt have his sights firmly set on Javier Sotomayer’s 24-year-old world-record in the 2017 season, as well as the World Championship gold medal in August. The Doha Diamond League will provide an opportunity to see his form coming out of winter training, as well as have some fun in front of the home-crowd. Commenting on competing in Doha, Barshim said:

“For me, Doha is very challenging because it is just in May, and normally in May I’m still in hard preparation and training. So I really don’t know what shape I’m in and I don’t know how my body is going to react. Doha for me is very important because according to how I perform, I will know what to do for the next couple of months, how to adjust, and how I feel.

“Competing at home makes it very special. It is such a great thing, a great atmosphere, especially in Doha and I’m really looking forward to my first competition, to get that feeling again, come out there in the stadium, and feel that pumping and do my best. I want to give the crowd a show, I want to give my country a show, my family and everybody else.”

In the men’s 100m, two-time Asian Champion Femi Ogunode will be joined by his younger brother Tosin Ogunode, who made his debut in the 2014 season and immediately made his mark by setting a blistering Asian indoor record of 6.50 seconds – shattering a 20-year-old record set by fellow Qatari Talal Mansour. Older brother Femi, 25, who also won the bronze medal in the World Indoor Championships and will be looking to start his 2017 season with a competitive time in a strong field of Olympic and World medallists.

The 400m hurdles event meanwhile will see Qatar’s up-and-coming track sensation Abdulrahman Samba, together with team-mate Mohamed Shaib compete against some of the fastest athletes in the world. Twenty-two year-old Samba, another Aspire Academy graduate, cruised to victory in the Sasol-NWU International athletics meeting earlier in March in South Africa with 48.31 seconds. Samba improved nearly a full second from his 49.24 effort on March 11 in Pretoria, South Africa, and is closing in on the 1998 Qatar national record of 48.17 set by Mubarak Faraj Al-Nubi. This will be the first time Shaib, 19, competes in the Diamond League meeting and brings with him a promising season’s best of 49.85, which he set earlier this year also in South Africa.

In the 400m, former Asian Youth Champion, Mohamed Nasir Abbas, 21, will aim to build on his impressive senior record after snatching the gold medal in the 4x400m event at the 2016 Asian Indoor Championship in Doha. Meanwhile the 1500m event will see Qataris Hamza Driouch and Said Aden go up against world champions as they aim to get a leg-up at the start of this year’s season. The seasoned Driouch, 23, will look to build on his World Junior and Asian Junior titles, whilst Aden, 24, will be hoping to build on his 2016 season that saw him win two bronze medals in the Doha Asian Indoor Championships in the 1500m and 3000m events. Qatar’s rising athlete Yaser Salem Bagharab will go up against stiff competition in the 3000m event and will undoubtedly gain more experience after snagging the bronze medal in the 2016 Asian Junior Championships in Vietnam. Completing the Qatari line up will be Mohamat Hamdi in high jump and Rashid Ahmed Al-Mannai in the triple jump event.

This year’s Doha Diamond League will take place on Friday 5th May from 5-9pm at Qatar Sports Club. Tickets are priced from just QR40 and can be bought online now at www.q-tickets.com. Further athlete announcements will be made in the build-up to the event and you can keep up to date on all news on the Diamond League website and social media channels.