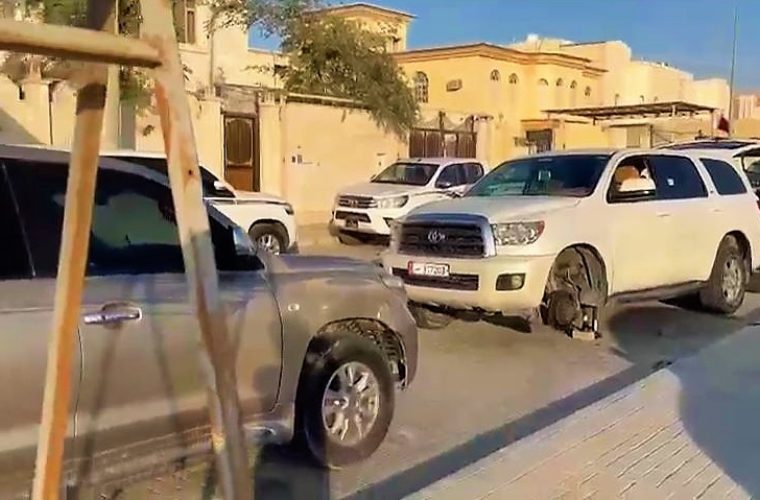 According to the Ministry of Interior, the Criminal Investigation Department was able to arrest the person who damaged the tires of a number of cars in the Muaither area. He has been referred to the Public Prosecution and legal measures are being taken against him.

According to CCTV footage of the area which has been identified as Muaither, a man was seen walking around with his face covered slashing tires of several vehicles with a knife in the middle of the night:

An investigation has been launched into finding the man in the CCTV footage.

Today, some of Doha's residents in a residential area woke up to find the tires of their vehicles completely slashed and damaged. The damage to the tires has been captured on a video that's been circulating on social media showing various vehicles with punctured and damaged tires. The video was captured by one of the residents and shows his shock on seeing the vehicles in this condition.

People who owned the vehicles with damaged tires were in shock, and tried to understand what had happened in the night before they awoke. Eventually, they began changing their tires, and went about their day

It seems someone had been wandering around before people in the area woke up slashing and damaging the tires of vehicles parked in the residential area, but the motive for the crime has not yet emerged.