Shakespeare and Co. Delivered a Number of Charitable Initiatives During the Holy Month of Ramadan 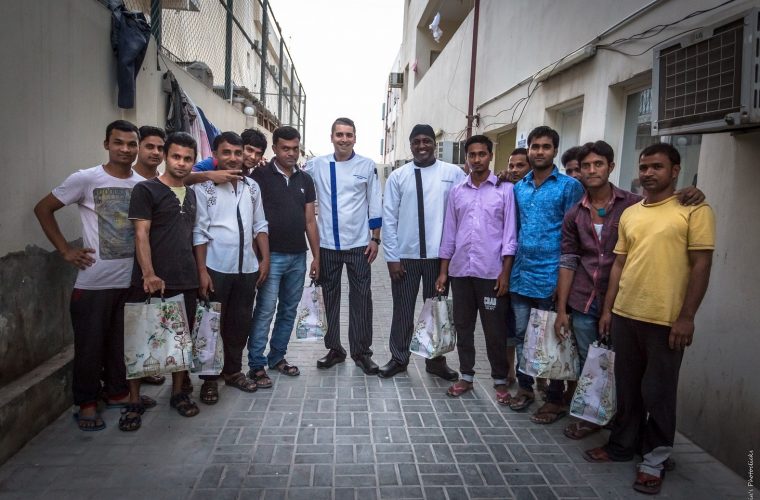 Shakespeare and Co. a popular restaurant and chocolatier in Doha, have worked hard to capture the spirit of Ramadan during the Holy Month. During this period, Shakespeare and Co. with outlets located in Dar Al Salam Mall and The Pearl-Qatar, launched three charitable initiatives in an effort to continue to engage with and give back to the community around them.

The first initiative, Action For Love provided Iftar bags to those in need, where for every Iftar set menu that was purchased by their customers, Shakespeare and Co. would donate one Iftar bag to an individual in need. Action For Love has proven to be extremely successful with hundreds of Iftar bags already donated.

Meanwhile, to celebrate Garangao, the event which occurs on the 14 th night of Ramadan, Shakespeare and Co. organised for Um Khamas to visit the Dar Al Salam branch and meet families and their children. To mark Garangao, traditionally parents send their children out into the local neighbourhood to collect sweets and nuts. However, this time around, Shakespeare and Co. handed out their tasty artisan chocolates to all visitors at their Dar Al Salam branch between 9 PM and midnight on June 20 th.

And rounding out their charitable efforts during Ramadan, Shakespeare and Co. were pleased to host 15 children and staff from Dhreima, Qatar Orphan Foundation, for a very special Iftar and giving them the opportunity to sample signature dishes from Shakespeare and Co.’s extensive menu.

Mr. Sami Azrak, CEO of Shakespeare and Co. said: “Shakespeare and Co. is incredibly honoured and humbled to have launched a number of charitable initiatives throughout the Holy Month of Ramadan. Ramadan is a wonderful opportunity in giving back to the local community, and particularly to those who are less fortunate, and I am proud that Shakespeare and Co. has played an active role in doing so.”

Shakespeare and Co. has always been a proud supporter of local charities and initiatives with the Dar Al Salam branch supporting the Qatar Autism Center on an annual basis where they cover the tuition costs for three children every year who are affected by autism. In addition, Shakespeare and Co. have raised money on several occasions for Qatar Cancer Society and have also participated in One Cup for Gaza, a part of Qatar Charity’s campaign in their efforts to help rebuild Gaza.

This year also marks the first time that Shakespeare and Co. had a delicious Iftar set menu, available at both of their outlets, due to an overwhelmingly positive response and following encouragement from customers in previous years.