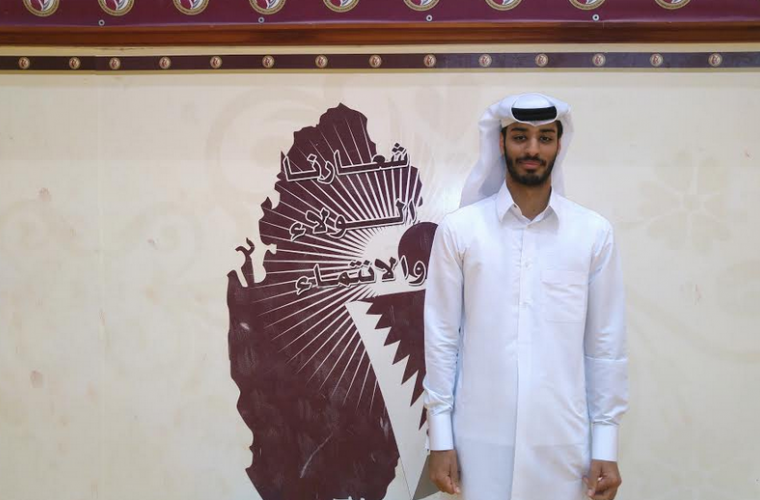 Khalid al-Boloushi, 18, has played volleyball since he was 10 years old and joined the oldest sports club in Qatar, Al-Ahli. Now a student in his final year of high school at the Tariq bin Zayed School and already a member of the youth and junior teams, he dreams of continuing to play the sport he loves and of one day, representing his home nation of Qatar on an international stage.

A key part of the youngsters rise through the ranks has been the Schools Olympic Program (SOP). Al-Boloushi has taken part in the program for the last two years.

“I joined the Schools Olympic Program two years ago when I moved to the Tariq bin Zayed School. My new school placed great importance on sport and how useful it is as a tool to develop students both in terms of athleticism and personally as well. It really builds character,” he said.

The SOP is a multisport competition among schools in Qatar for students aged 5 to 18 years that was founded in 2007 after the 15th Asian Games was successfully hosted in Doha in 2006. Since then, participation has steadily grown and the program now includes more than 29,000 students from 500 schools across Qatar. Maersk Oil Qatar has sponsored the program since 2013, and has supported the development of the SOP and its various activities over the years in numerous ways.

Sport has had a transformative effect on Al-Boloushi’s life: “I was always an active child but never particularly healthy,” he said. “Once I started playing volleyball seriously I could see that my body was changing for the better – I became much healthier. We practice anywhere between once to three times a week depending on a variety of factors, so that really builds up your stamina and cardiovascular health.”

Head of PR at the Qatar Olympic Committee and Executive Director of the SOP Mohamed al-Fadala knows that the SOP is a key part of Qatar’s vision to help instill culture of active and healthy living across the nation. “The Schools Olympic Program serves a unique and essential purpose of both educating our youth about sport and ingraining in them a culture of fitness and health, as well as identifying gifted student athletes that can go on to represent Qatar on an regional and international level,” he said.

Al-Boloushi is just one of a number of student athletes who hope to go professional. Commenting on his sporting future he said: “The SOP and Al-Ahli have given me a huge head start in my sporting career. Thanks to the SOP, I’ve been exposed to athletes of different skill levels and I think it’s safe to say that we all benefit from this. My ultimate dream is to join the Qatari National Volleyball team and represent my country – it would be an honor for me.”

Qatar’s talent development infrastructure, of which the SOP is an integral part, has seen numerous Qatari athletes ascend to the international stage. These include gravity-defying high-jumper Mutaz Barshim, as well as two-time Junior World Champion in the hammer throw Ashraf ElSeify.

Since its inception in 2007, the SOP has seen thousands of students participate in 12 sports that include tennis, shooting, athletics and many others. The SOP is often the first ever competitive tournament in which children participate, providing them with valuable exposure and experience, as well as promoting sport as a basic component of a healthy and active lifestyle.