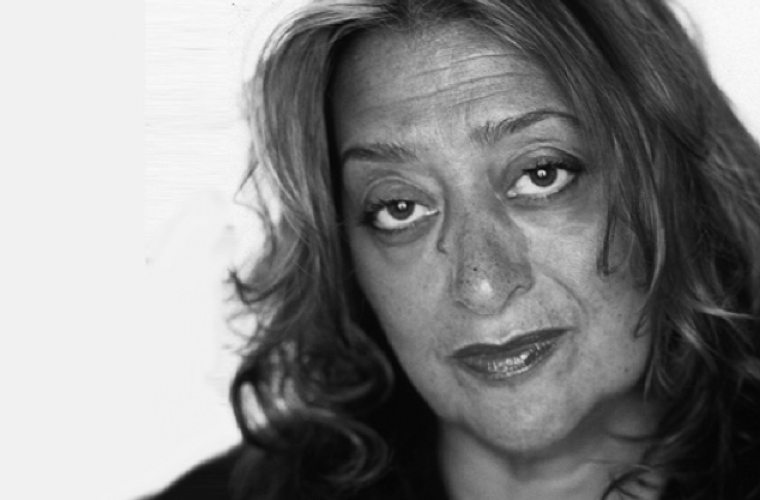 The British designer, who was born in Iraq, had a heart attack on Thursday while in hospital in Miami, where she was being treated for bronchitis.

Hadid’s buildings have been commissioned around the world and she was the first woman to receive the Royal Institute of British Architects gold medal.

A lengthy statement released by her company said: “It is with great sadness that Zaha Hadid Architects have confirmed that Dame Zaha Hadid DBE died suddenly in Miami in the early hours of this morning.

“She had contracted bronchitis earlier this week and suffered a sudden heart attack while being treated in hospital. Zaha Hadid was widely regarded to be the greatest female architect in the world today.”

Speaking from Mexico, Richard Rogers, the architect of the Pompidou Centre and the Millennium Dome, told the Guardian the news of Hadid’s death was “really, really terrible”.

“She was a great architect, a wonderful woman and wonderful person,” Lord Rogers said.

“Among architects emerging in the last few decades, no one had any more impact than she did. She fought her way through as a woman. She was the first woman to win the Pritzker prize. I got involved with her first in Cardiff when the government threw her off the project in the most disgraceful way. She has had to fight every inch of the way. It is a great loss.”

Leading architect Graham Morrison said: “She was so distinct that there isn’t anybody like her. She didn’t fit in and I don’t mean that meanly. She was in a world of her own and she was extraordinary.”

The British culture minister Ed Vaizey also posted on Twitter, saying he was “stunned” at the news and praising her “huge contribution to contemporary architecture”.

The London mayor, Boris Johnson, tweeted: “So sad to hear of death of Zaha Hadid, she was an inspiration and her legacy lives on in wonderful buildings in Stratford and around the world.”

Hadid, born in Baghdad in 1950, became a revolutionary force in British architecture even though for many years she struggled to win commissions in the UK. The Iraqi government described her death as “an irreplaceable loss to Iraq and the global community”.

She studied mathematics at the American University of Beirut before launching her architectural career in London at the Architectural Association.

By 1979 she had established her own practice in London - Zaha Hadid Architects - and gained a reputation across the world for ground-breaking theoretical works including The Peak in Hong Kong (1983) the Kurfürstendamm in Berlin (1986) and the Cardiff Bay Opera House in Wales (1994).

The first major build commission that earned her international recognition was the Vitra Fire Station in Weil Am Rhein, Germany (1993). Her scheme to build the Cardiff Bay opera house was scrapped in the 1990s and she didn’t produce a major building in the UK until she built the transport museum in Glasgow, which was completed in 2011.

Other notable projects included the MAXXI: Italian National Museum of 21st Century Arts in Rome (2009), the London Aquatics Centre for the 2012 Olympic Games (2011), the Keyder Aliyev Centre in Baku (2013) and also designed a stadium for the 2022 football world cup in Qatar.

Buildings such as the Rosenthal Centre of Contemporary Art in Cincinnati (2003) andf the Guangzhou Opera House in China (2010) were also hailed as architecture that transformed ideas of the future.

She was recently awarded the Royal Institute of British Architects’ 2016 royal gold medal, the first woman to be awarded the prestigious honour in her own right.

Leading architect Sir Peter Cook wrote in his citation at the time: “In our current culture of ticking every box, surely Zaha Hadid succeeds, since, (to quote the royal gold medal criteria) she is someone who ‘has made a significant contribution to the theory or practice of architecture ... for a substantial body of work rather than for work which is currently fashionable’.

Cook’s citation added: “For three decades now she has ventured where few would dare”.

It concluded: “Such self confidence is easily accepted in film-makers and football managers, but causes some architects to feel uncomfortable, maybe they’re secretly jealous of her unquestionable talent. Let’s face it, we might have awarded the medal to a worthy comfortable character. We didn’t. We awarded it to Zaha: larger than life, bold as brass and certainly on the case.”

A computer generated image of the stadium to be built in al-Wakrah for Qatar’s 2022 World Cup. Photograph: -/AFP/Getty Images

Speaking in February on BBC Radio 4’s Desert Island Discs, Hadid said: “I don’t really feel I’m part of the establishment. I’m not outside, I’m on the kind of edge, I’m dangling there. I quite like it. She added: “I’m not against the establishment per se. I just do what I do and that’s it.”

Amanda Levete, who co-designed the spaceship-like media centre at Lord’s cricket ground described her as “a true and loyal friend ... a confidante and someone I could turn to for advice”.

“She was an absolute inspiration to many and her global impact was really profound,” she said.

Kelly Hoppen, who starred in BBC2’s show Dragons’ Den, also paid tribute to the architect, tweeting: ''Deeply saddened by the news of Zaha Hadid's death. She was an iconic architect who pushed the boundaries to another level xx ZahaHadid''

Angela Brady, former president of RIBA described Hadid as “one of our greatest architects of our time”.

She added: “She was a tough architect which is needed as a woman at the top of her profession and at the height of her career. She will be sadly missed as an iconic leader in architecture and as a role model for women in architecture.”