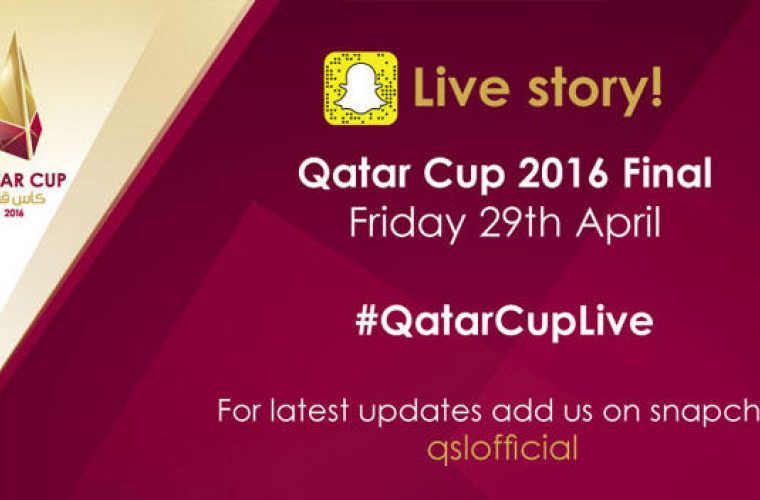 The Qatar Stars League, the highest professional football league in Qatar, is pleased to announce that a Snapchat Live Story will be covering the Qatar Cup final, which is set to be held on Friday the 29th of April at the Jassim Bin Hamad stadium, home of QSL side Al Sadd.

This Live Story will mark the first time a football event is covered in Qatar, following the success of Snapchat’s Live Stories for Doha Live and the Qatar Total Open which both ran earlier this year.

The Qatar Cup final will be contested between two Qatari football powerhouses in Lekhiwya, the current Qatar Cup winners and El Jaish who lifted the trophy in the inaugural 2014 edition of the competition. Both sides will be battling it out on the pitch in a bid to lift the coveted Qatar Cup Trophy.

Tickets for the showpiece final are now available online from tickets.qsl.com.qa

For any further information on the Qatar Stars League please contact [email protected].