Qatar stands in solidarity with Saudi 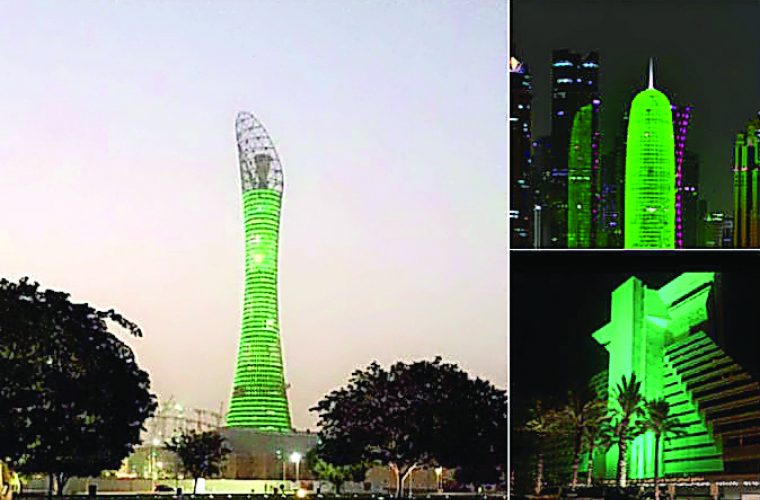 Landmarks in Doha such as Aspire, towers in West Bay, hotels and other places, turned green in solidarity with the government and people of Saudi Arabia following three suicide bombings in Madinah, Jeddah and Qatif.

Qataris used “# Saudi is not alone” (Suadiya List Wahdaha, in Arabic) and tweeted: “We are all with the land of the two holy mosques and we are all united against terrorists targeting our holy sites and threatening our safety and stability.” (Source)

Last month, after the terror attack at Istanbul Ataturk Airport on June 28 night, prominent buildings such as Sheraton Grand Doha Resort & Convention Hotel were illuminated in the Turkish flag's colours - red and white - in order to express solidarity with Turkey and pay tribute to the victims. More than 40 people were killed and over 230 injured in the attack.