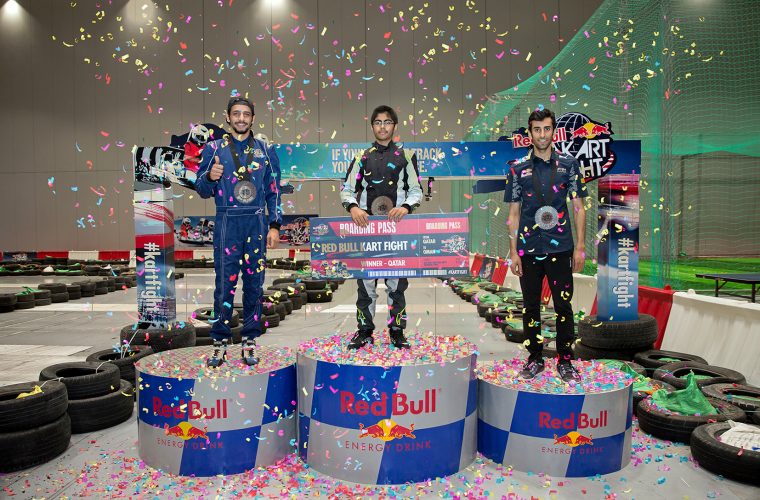 Following a battle of wills, speed and reflex, the Red Bull Kart Fight concluded on Friday, with an unexpected result of the 15 year old winner, Omar Aswat, emerging the clear winner and clinching the title of ‘Fastest Amateur Kart Racer in Qatar’. The first ever karting competition to be held in the country, the National Finals witnessed intense racing and competition amongst the racers, much to the delight of the enthusiastic spectators.

Clearly locked in battle, the participants had to prove their nerves of steel by achieving the fastest overall time, during the 10-minute qualifying round. Contestants with the top 4 lap times and the winners of the eight different qualifying rounds were then pitted against each other, in an all-out battle. Conducted with the aim of nurturing and encouraging healthy and responsible racing, the event was conducted in a safe and confined environment, at the Doha Exhibition & Convention Center.

The winner, Omar, who was the youngest participant, left everyone astonished by his karting skills and techniques. His father, Yahia Aswat, commented, “I am very proud of my son Since he was a kid, he used to say that one of his dream is to take part of a Red Bull competition and win it Tonight, his dream comes true!” 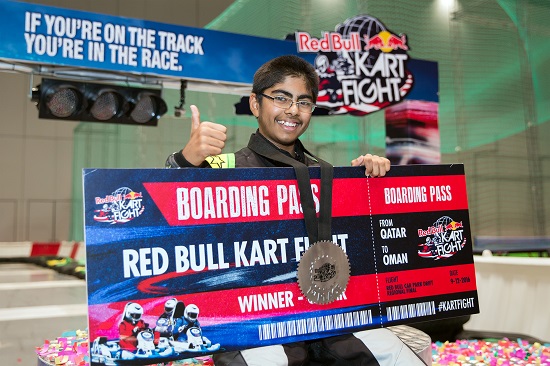 The winner won an all-expense- paid trip to attend the regional final of the Red Bull Car Park Drift 2016, to be held in Oman in December 2016. The nearly 10-day long event proved to be very popular, with 700 participants registering online, in addition to 300 on-site registrations that had to be waitlisted.

The Red Bull Kart Fight was organized in partnership with Amazing Productions, and with the community support of ‘Qatar Living’ and media support of ‘I Love Qatar’.