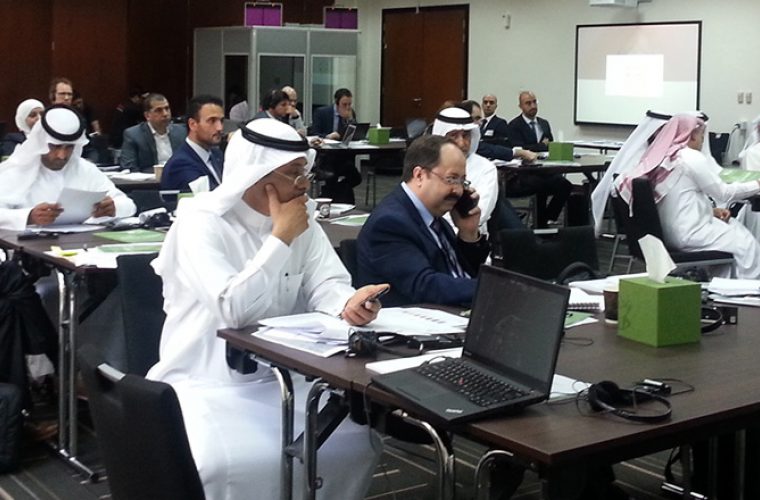 Qatar Charity participated in a meeting of the Regional Plan of refugees and enhance the ability to respond to crises, which was held in the International City for Humanitarian Services in the United Arab Emirates on 12 November with the aim of uniting to meet the Syrians needs of the refugees in Turkey, Jordan, Lebanon, Iraq and Egypt.

The meeting is aimed at activating the mechanisms of implementation in a coordinated manner combines the humanitarian response and the response on strengthening the ability to respond to crises in one frame, giving promote public priority national capacity to make collective response more effective in terms of cost in the long run and to reduce the degree of the establishment of parallel systems to provide services.

It was discussed at the meeting several topics, including: the assumed and targeted to receive assistance numbers, the achievements of the regional response plan in the past what had been done this year plan and lessons learned, objectives and priorities of the regional plan for refugees and enhance the ability to respond to crises of 2016 and ways to enhance the protection of refugees, address gaps in capacity, supporting social cohesion and livelihood programs, coordination, monitoring, evaluation and reporting, the involvement of refugees and local communities and communicate with them.

It has also been in the same context, to discuss the various sectors (food security, protection, education, health and nutrition, shelter, water, sanitation and hygiene and livelihoods).

Mr. Mohamed Odrdor has pointed out, the relief expert diameter charity that Qatar Charity keen great care to be their mark in the success of this regional coordination effort led by the United Nations High Commissioner for Refugees (UNHCR) in coordination with other organizations of the United Nations humanitarian parallel and in collaboration with the associations and charities Gulf under strengthen the partnership.The announcement was made during the meeting that on December 7, 2015 will be the date for the announcement of the final regional plan for Syrian refugees to enhance their ability to respond to crises through 2016.

Referred to as the charity of Qatar was held at the end of last month, a conference on "the Syrian humanitarian crisis .. the reality of suffering and the size of the response" was attended by more than 100 participants representing fifty government departments and organizations and non-governmental organization, The Conference came out a set of projects valued at more than 144 million riyals, and the number of of the recommendations are in their entirety in the interest of the Syrian people in relief to the growing crisis, which entered its fifth year with no signs on the horizon to solve them.