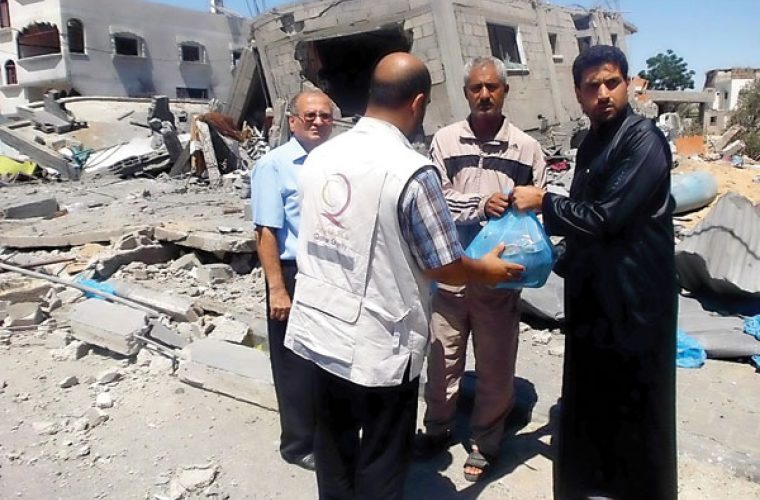 Qatar Charity has allocated QR20m for the reconstruction of demolished homes in the Gaza Strip, and for distribution of food and medicine after the renewed hostilities that started last week.

The escalating conflict has worsened an already precarious humanitarian situation.

QC CEO Yousef Bin Ahmed Al Kuwari, praised the response of Qatari residents and citizens, while saying that the magnitude of the disaster requires further support.

He said that the QR20m will be used for the reconstruction of Gazan civilian homes that have been either destroyed or damaged. Urgent supplies of food, medicine and other items will also be covered.

Al Kuwari said that responding to the current crisis in Gaza is a humanitarian and brotherly duty. According to statistics from the Euro-Mid Observer for Human Rights, the number of homes that have been demolished in the Gaza Strip up until this Friday evening stood at 570, including 120 homes that were completely destroyed.

QC began providing the first batch of urgent relief aid at the end of last week, distributing food parcels to 200 families whose homes were destroyed.

In a press statement, Ebrahim Zainal, QC Deputy Executive Director for International Development for Relief, and Director of the Gaza Office said: “This food aid was distributed to families that have had their homes destroyed.”

“Qatar Charity is now working to identify more affected people so it can distribute more aid in coordination with the Ministry of Social Affairs,”

Zainal pointed out that QC is the first Qatari organisation to distribute aid in the Gaza Strip, thanks to the presence of its field office and staff trained in disaster intervention, preparedness and response, as well as the implementation of a number of large development programmes and projects in Gaza in various fields since the 1990s.

A number of beneficiaries praised Qatar Charity’s swift response and its prominent role in disaster relief.

QC puts the needs of the Palestinian people at the top of its priorities, particularly with regard to relief, with a total of QR57m spent on relief between 2008 and 2013, benefitting 158,542 people in healthcare, food, shelter and education.

QC has two offices in Palestine — one in Gaza and the other in Ramallah, helping them to quickly intervene in emergency relief in addition to the implementation of several programmes and projects related to reconstruction and development.