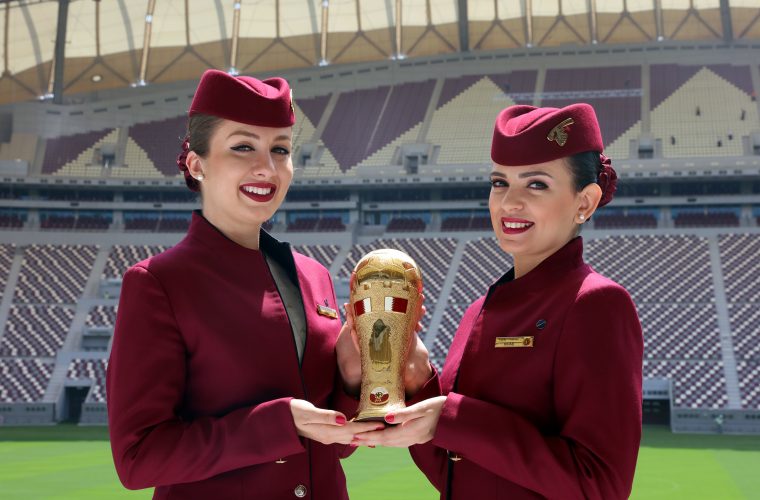 Qatar Airways, the Official Sponsor of the Emir Cup, congratulated Al Sadd Sports Club, the winning team in the final match of the season between Al Rayyan and Al Sadd on 19 May. The award-winning airline is proud to have been the official airline sponsor of the final match of the Emir Cup, which was held at Khalifa International Stadium, the first Qatar 2022 FIFA World Cup stadium to be unveiled.

After three years of extensive renovations, Khalifa International Stadium opened its doors to the public this weekend, making it officially the first of eight World Cup venues in Qatar to be completed ahead of the Qatar 2022 FIFA World Cup. The stadium was first built in 1967, and was originally overhauled 11 years ago in preparation for the 2006 Asian Games.

This year the national airline’s proud partnership with QFA extends to its third consecutive year. Qatar Airways continues its sponsorship of world-leading sports tournaments, embarking on a new milestone with its recently announced official partnership with FIFA. The ground-breaking sponsorship extends until 2022, and incorporates the sponsorship of upcoming FIFA events including the FIFA Confederations Cup 2017, the 2018 FIFA World Cup in Russia, the FIFA Club World Cup, the FIFA Women’s World Cup and the 2022 FIFA World Cup in Qatar.