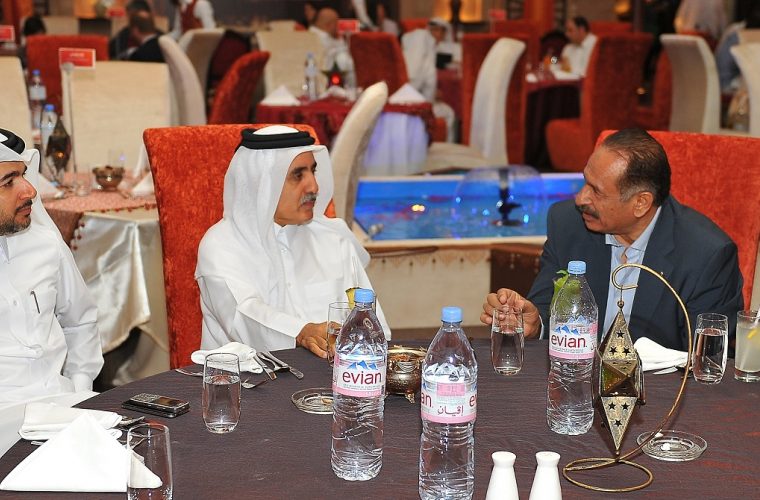 The Qatar 2015 24th Men’s Handball World Championship Organising Committee has hosted a Suhoor for members of the committee, partners, and the extended team responsible for bringing Qatar’s first international handball championship game to the country in 2015.

The event, which was held at the Ramadan tent of the Ritz-Carlton, Doha, was a special opportunity to socialise for the people who are working towards the success of the Men’s Handball World Championship.

In addition to organising a major international sporting event, Qatar 2015 is fully supporting the local community and the traditions of Qatar. Working with the Qatar Red Crescent and the Ritz-Carlton, the Committee has organised a series of charitable and community-focused activities in recent weeks, as part of its Ramadan programme.

The team has also launched a major communications campaign this month, aiming to reach out to sports fans in Qatar, across the region and internationally, to excite them about the sport of handball, the “Game of Fast”.

Qatar 2015’s mascot, Fahed, has been a popular sight during the Holy Month, as he has gone out to hospitals and events to engage with the people of Qatar. Part of his mission is to promote a healthy lifestyle by encouraging people to become more active and get involved in sport, which has been a feature of his activities.

All these achievements were celebrated during the Suhoor, as the team prepared for a busy few months in the run-up to the event.

The Qatar 2015 Men’s Handball World Championship starts 15 January 2015 and is expected to have teams representing 24 countries and fans from around the world in attendance.