Putin gave Falcon to the Emir of Qatar Sheikh Tamim 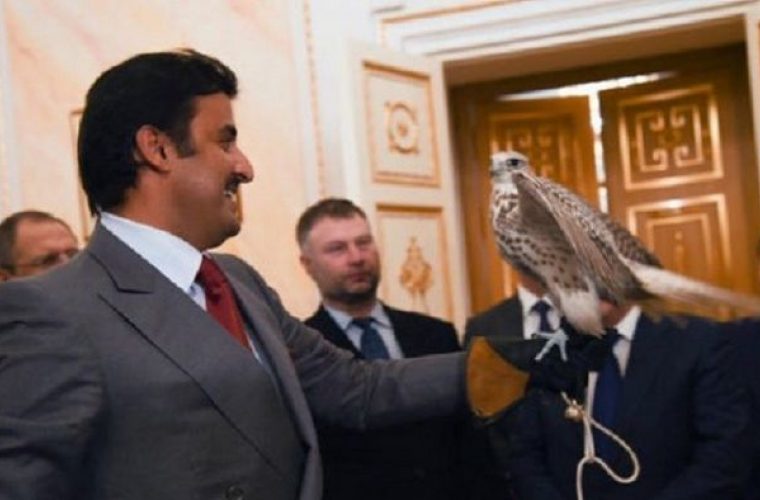 President of Russia Vladimir Putin made a gift to Qatar's Emir Tamim bin Hamad Al Thani. The Russian leader has given him a Falcon as a present, during the visit of the Sheikh in Moscow.

The leaders of Russia and Qatar have sought to narrow their differences on Syria, a week before planned Syrian peace talks in Switzerland.

On his first visit to Moscow, Qatar's Emir Tamim bin Hamad Al Thani emphasised on Monday Russia's role in the region during his meeting with President Vladimir Putin, and voiced hope for finding a peaceful solution to the Syrian conflict.

Russia and Qatar have stood on the opposite sides of the conflict since it erupted in 2011, with Russia staunchly backing Syrian President Bashar al-Assad and Qatar supporting his opponents. 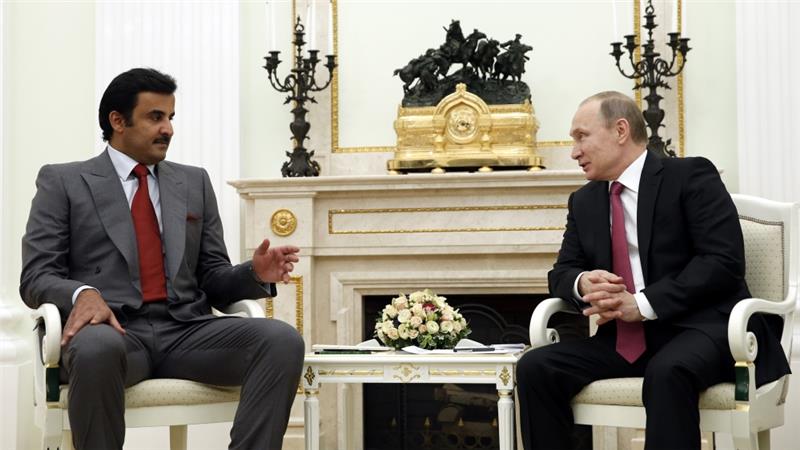 Putin began the Kremlin talks by praising Qatar's role in regional affairs and expressing hope that they would be able to "search for ways of settlement of the most difficult issues".
Sheikh Tamim said at the start of talks with Putin that Qatar wants to develop ties with Russia and find a solution for problems "concerning stability of some of the countries of the region".

The Kremlin meeting came just a week before the Geneva peace talks, which are to bring together the Syrian government and its opponents, AlJazeera informs.
The talks, set to start on January 25, are intended to launch a political process that should produce a new constitution and elections in a year and a half.

Hopes for their quick success are dim, with Assad's forces scoring a series of battlefield gains which could make the government less inclined to negotiate a compromise.
Sergey Lavrov, Russia's foreign minister, said after the Kremlin talks that Russia and Qatar agreed on the need to convene the talks this month.
He said the two nations agreed to "raise the efficiency of anti-terrorist action in the framework of international efforts".

His Qatari counterpart, Khalid bin Mohammed al-Attiyah, said the two leaders had agreed "on the need to search for a political settlement in Syria".

The conflict in Syria, which began almost five years ago with protests against Assad, has escalated into an all-out war that has killed at least 250,000 people and displaced millions.