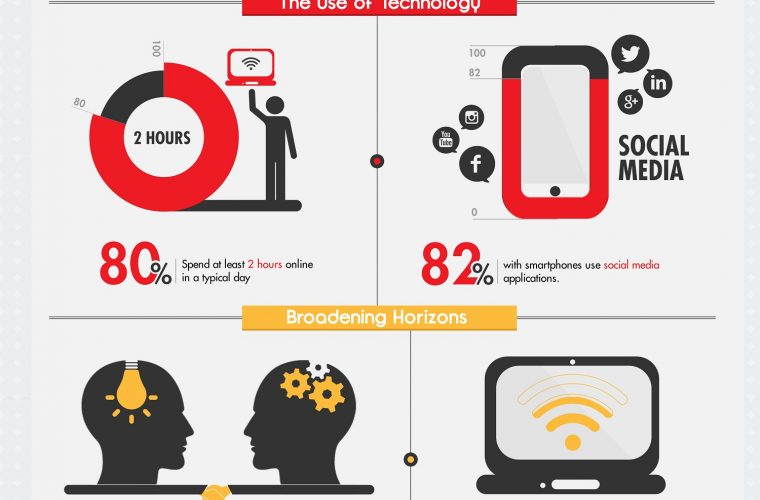 Ooredoo today announced the launch of a new study, ‘New Horizons:Indonesia’s Digital Generation,’ which examines the aspirations of young people across Indonesia. The release builds upon the body of research developed through Ooredoo’s online survey, ‘New Horizons: Young, Arab and Connected’, which surveyed more than 10,500 young adults in 17 countries across the MENA region at the beginning of 2014.

Taken together, both reports represent some of the most in-depth research yet undertaken on young people’s digital attitudes and aspirations. The data also provides an interesting opportunity to compare and contrast young people’s attitudes in the MENA region and Indonesia, the world’s fourth most populous nation.

Among the top findings of the Indonesia’s Digital Generation research:

· 91% claim that the Internet is encouraging them to become more entrepreneurial and 83% are intending to, or have already, set up a business online.

· Nine out of 10 young people in Indonesia are optimistic about their prospects in the coming year.

· When asked about the role of technology in society, 95% believe that it opens up communication channels to promote peace and understanding and the same percentage believetechnology is the basis of a modern, forward-thinking and functional society

There are strong parallels in the MENA region, where New Horizons’ research found that:

· Nine in 10 young MENA citizens believe that access to the Internet can help them realise their personal aspirations for employment and entrepreneurial opportunities.

· 81% of young Arabs are optimistic about their immediate futures, despite reporting significant economic and educational hurdles.

· 91% also believe that technology is the basis of a modern, forward-thinking and functioning society, but that its potential as an economic tool has not yet been realised for young people across MENA.

More than 1,400 men and women aged between 18 and 30 from Indonesia participated in the online survey. The research highlights the appetite for more advanced Internet penetration among Indonesian youth, as well as their attitudes towards economic and education related issues, particularly in relation to finding a job and starting a business.

H.E. Sheikh Abdullah Bin Mohammed Bin Saud Al Thani, Chairman, Ooredoo, said “Indonesian youth are hungry to improve their career prospects, educate themselves, become more entrepreneurial and broaden their horizons by connecting with each other and the rest of the world. This research demonstrates that young people in Indonesia understand the transformative power of technology and the opportunities provided by ICT. They share the same ambition to contribute to their society as their MENA peers, in addition to their willingness to use digital technology to better their lives.”

Responses captured by the research are overwhelmingly positive about the potential social and economic benefits the ICT sector could for Indonesia. However, the main barrier to realising Indonesia’s potential remains basic infrastructure, according to respondents. When asked how they would rate the Internet connection speed provided by telecommunication operators, only 62% considered it to be good. Of those in rural locations, 60% who have Internet access were frustrated by poor Internet coverage and 82% with slow connections.

Respondents said that these frustrations are preventing them from taking full advantage of the Internet, with 91% claiming that they do not spend as much time online as they would like to.

Many respondents recognised the importance of using the Internet for business purposes (99%), to search for skilled workers (96%) and to source funding online (97%). However, when asked how easy they believed it was to carry out these kinds of activities, a significant number said that they found it difficult.

The research identified an increasing appetite for smartphones across Indonesia, with 58% of respondents claiming they regularly use a smartphone that is connected to the Internet. In rural areas, 60% of respondents want to be using smartphones, trading in their basic mobile phones within the next 12 months. Tablet usage is expected to increase by 8% but uptake will be hindered by initial costs of the tablet devices.

Alexander Rusli, CEO of Indosat, said: “This is an extremely exciting time for Indonesia as it enters a critical stage of its digital evolution and Indosat is proud to be an integral part of this journey. The study supports our belief that ICT has a vital role in helping the country’s young people realise their full economic potential and it provides valuable insights for identifying opportunities to help them do so. Indosat, alongside our parent company Ooredoo, is committed to enriching peoples’ lives and stimulating human growth in the communities where it operates and we know the New Horizon study findings will help us and others to continue this work.”

Digital copies of the full report ‘New Horizons – Indonesia’s Digital Generation: An Ooredoo survey on the aspirations of Indonesia’s connected youth’ are available on a dedicated microsite www.ooredoonewhorizons.com/Indonesia. DigitalCopies of ‘New Horizons: Young, Arab and Connected – An Ooredoo survey of digital attitudes and aspirations across the Middle East and North Africa’ are available on www.ooredoonewhorizons.com.