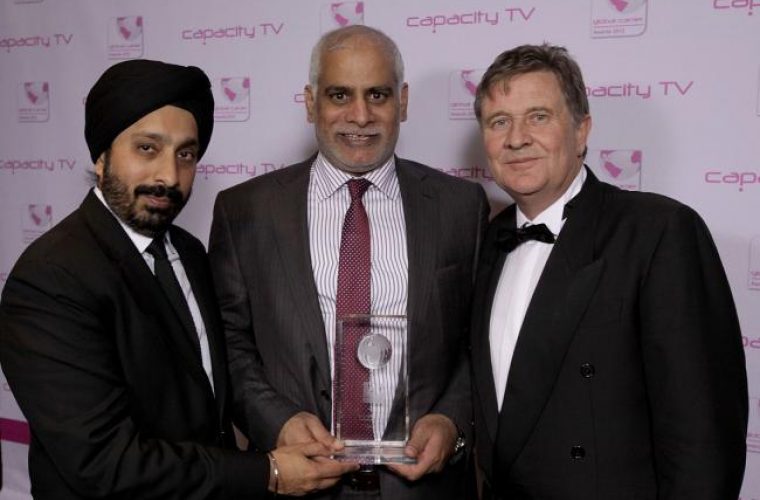 Ooredoo has won the “Best Middle Eastern Wholesale Carrier” award at the Global Carrier Awards held in Amsterdam this month, as the company continues to excel in challenging sectors. The success represents an important milestone for Ooredoo Qatar, which only launched wholesale operations – providing network products and services to other operators – in 2010. In three years, the company has grown to provide a world-class network that serves as a global exchange for global data, internet, voice and roaming traffic from East Asia to Europe and the United States. Ooredoo has built a thriving and fast-growing wholesale business in Qatar, offering the largest Internet peering network in the Middle East and isinterconnected with more than 100 operators, including many of the largest in the world. Yousuf Abdulla Al-Kubaisi, Chief Wholesale and International Officer, Ooredoo, said: “This award is an important moment in the history of our company, and full credit is due to the whole team who made this possible. Our emergence as a major provider of wholesale services has added significant value to Ooredoo, as well as helping to grow Qatar’s knowledge-based economy.” With more than 150 entrants and a structured scoringregime designed to ensure maximum objectivity, the Global Carrier Award provides an important benchmark to showcase Ooredoo’s progress against other regional and international carriers. Receiving international recognition like the “Best Middle Eastern Wholesale Carrier” award – supported by record-breaking customer and network growth – demonstrates the extent to which Ooredoo’s wholesale operations now make a significant contribution to positioning Qatar as a hub for global traffic. The Global Carrier Awardsare now the biggest and most prestigious awards event of the wholesale telecoms calendar. Now in its eighth year, 2013 attracted more entries and higher profile attendance than ever before, with more than 300 of the most influential industry executives congregating at the Hotel Okura, Amsterdam for the ceremony on 19th November. Ooredoo was also awarded the Best Middle Eastern Wholesale Carrier at the Telecoms World awards in 2012, making this the second time that the company has received a“Best Middle Eastern Wholesale Carrier” award in the space of a year. This award for the Global Carrier Awards adds to a string of regional and international awards for Ooredoo this year, including “Best Communications Company” at the Telecoms World Middle East Awards, “Best Customer Retention Program” at the Insights Middle East Call Centre Awards and best ‘Loyalty Program of the Year – Middle East and Africa’ at the Loyalty Awards. - ILQ News -