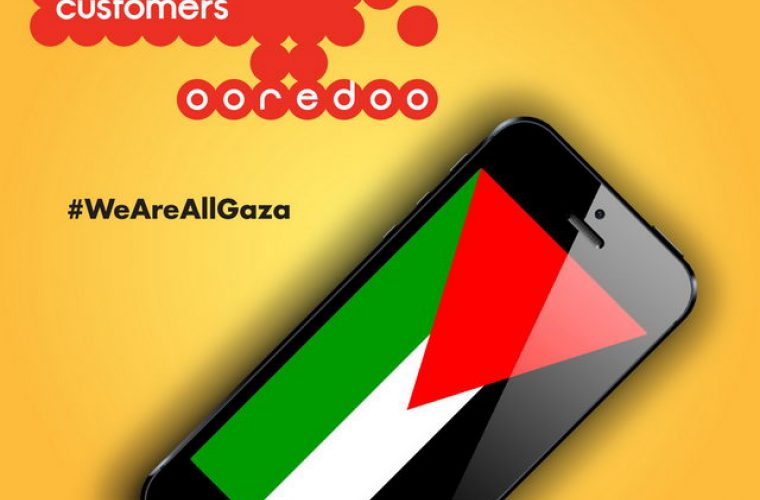 Palestine during the company’s free call promotion from July 21 to July 31.

to enable people to contact friends and family in the conflict zone.

encouraged loved ones to stay in touch during the Holy Month.

During the period 1,027,568 free minutes were made from Ooredoo phones to Palestine

In addition to the free call offer, Ooredoo donated QR 1,000,000 to Qatar Charity’s

throughout the year, with a host of CSR initiatives as part of its mission to enrich people’s

Customers can see more international offers via the Ooredoo website at www.ooredoo.qa