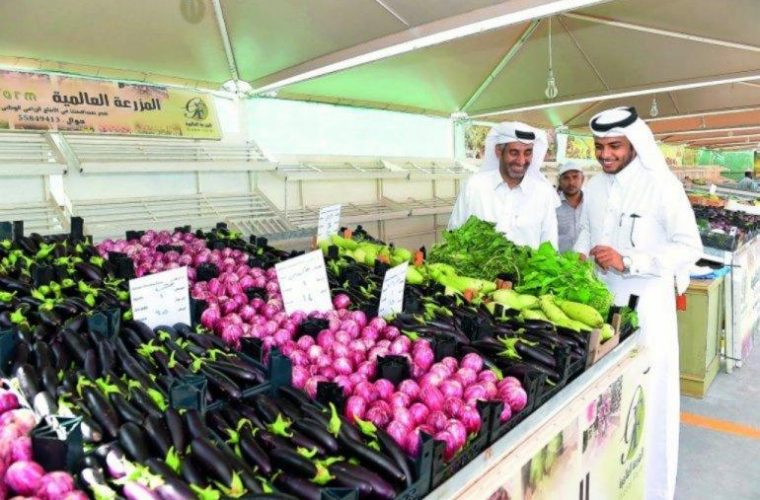 The Ministry of Municipality and Environment represented by Agricultural Affairs Department is preparing to open the fourth winter vegetable market in Al Shamal on Thursday offering farm fresh vegetables at attractive prices.

“The new market will serve as another platform to market local agricultural produce offering fresh vegetables to the customers straight from the local farms without brokers or middlemen,” Yusuf Khalid Al Khulaifi, Director of Agriculture Affairs at the Ministry of Municipality and Environment told The Peninsula on the sidelines a recent Ministry’s event.

The existing three seasonal winter vegetable markets run by the Ministry of Municipality and Environment at Al Mazrouah (Near Umm Salal), Al Khor-Dhakhira and Al Wakrah are also expected to reopen for this season bringing products of agricultural farms.

Yusuf Khalid Al Khulaifi (below), Director of Agriculture Affairs at the Ministry of Municipality and Environment, said that agricultural produce in Qatar achieved great leap last season due to support of government and initiatives taken by local farmers to increase the productions which assumed importance after the blockade.

“We expect more production this season. The government has earmarked QR105m to support the producers of local food products. A big portion of the allocated amount will be spent on local farms to provide them necessary materials including shaded farms, seeds, pesticides, fertilisers and boxes for marketing the products among many more,” said Al Khulaifi.

He said that all necessary steps were taken in the last season and more efforts will be made this season to increase the production. “We did not achieve the maximum production targets last year but defiantly the self-sufficiency rate will increase remarkably this season,” he added.

He said that the Ministry of Municipality and Environment is preparing a list of the farmers, the beneficiaries of the allocated fund, which will be announced soon.