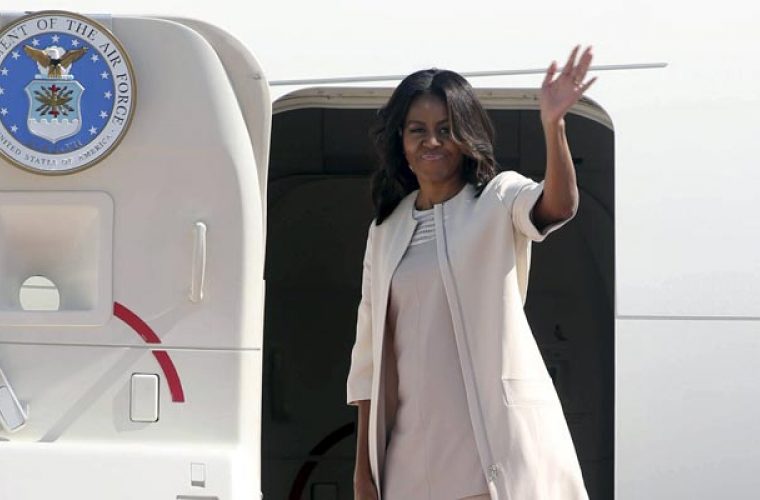 Michelle Obama left Qatar on Friday almost 48 hours later than scheduled after bad weather forced her to extend her stay in the Gulf state and cancel a planned trip to Jordan.

Her plane took off from Doha just after 0700 GMT bound for Washington, officials said.

The US first lady had been scheduled to travel to Amman on Wednesday for the second leg of a seven-day tour to promote girls' education.

However flooding in Jordan delayed her departure and on Thursday officials announced that she would calling off the rest of her trip and and heading home early to the US.

An official travelling with Michelle Obama said she was "extremely disappointed".

During the visit to Qatar, the US first lady took part in the World Innovation Summit for Education (WISE).