L’Omari: The ‘Glorious’ Hip Hop sensation that has taken Qatar by storm 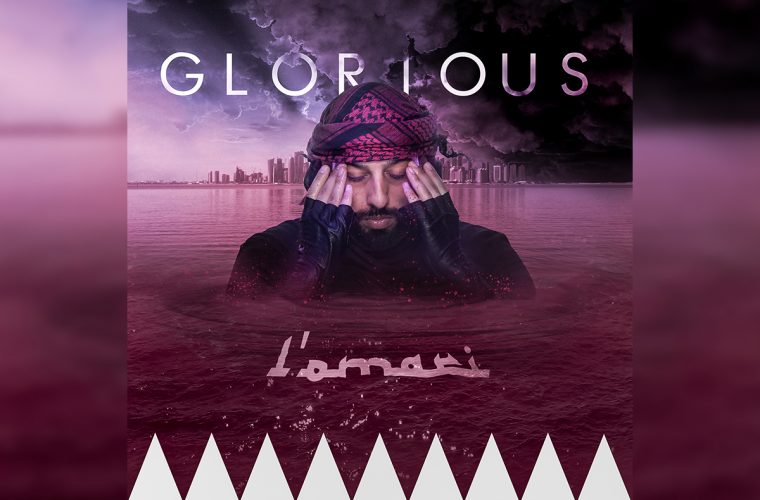 L’Omari, a talented songwriter, singer and hip hop artist, is fast becoming the talk of the town with his recently released lyric video, ‘Glorious’. Dedicated to H.H. Sheikh Tamim bin Hamad Al Thani, to mark the one-year anniversary since the blockade, this video praises the Emir’s honour and courage in the face of adversity with the pledge to stand by him and the country he was born in.

In a recent interview given by L’Omari, we got to know more about the artist who says he’s here to stay with the promise of more foot-tapping music like 'Glorious' on the way.

1. Please tell us a little about yourself?

I was born in Qatar, raised between Doha and Toronto, also lived in Dubai for 5 years before the blockade.
I’m an artist/songwriter/producer. I’ve been making music for over a decade on an international scale working with Grammy-nominated artists/producers from all around the globe.

2. How did you become a hip hop artist?

I was always into writing lyrics and poetry as well as playing musical instruments (piano and guitar) since the age of 13. At that time, one skill I had was the ability to freestyle words and put them together. After seeing my friends reactions and the positive feedback from my raps that I was getting at school, that’s when I realised that I’m actually good and I need to start recording myself immediately. So, I’ve been making music ever since.

3. Who or what is your inspiration?

I have different things that inspire me to do what I do; it all depends which period of my life it was and what I was going thru at that time. But I would say my life is my inspiration.

4. What kind of music do you make?

I make music that’s good for the ears. I’m versatile and it could be different genres. I just make sure it’s meaningful, melodic, with a message.

5. What made you make a video like ‘Glorious’? Where did the idea come from? What was the thought process?

6. What was the creative process behind this music video?

I personally think there wasn’t much creative process put into the lyric video. The creativity will be shown in the official video which I will be shooting in the coming days alongside well-known directors from Qatar. You could say this is just a teaser of what is yet to come from L’OMARI.

7. Are the lyrics your own? Did you compose the music?

Yes, I’ve written the song 100% and co-produced it alongside BBM (producer).

8. What social message are you presenting in this video?

That we, as a nation, are proud of our Emir and his accomplishments and that we will always support him no matter what. God got him, as much as god got us.

9. Do you think the H.H. Emir Sheikh Tamim bin Hamad Al Thani has seen your video?

As of now, no. I’m sure I would have gotten a call from the diwan if they had seen it. But eventually, yes that’s my goal. For his highness and the world to see how much we love and support our Emir. To show the world the actual truth, not the made up and paid media version of what they’re saying about Qatar.

10. What are your future plans? Will we be seeing more videos like this one?

My plans for Qatar are really big and I’m about to put Qatar on the map in the music industry on an international scale that is of my genre. This is just the beginning of what I have planned out. I’m also dropping 3 more videos this year with an EP which will be available on all music platforms. So, stay tuned!