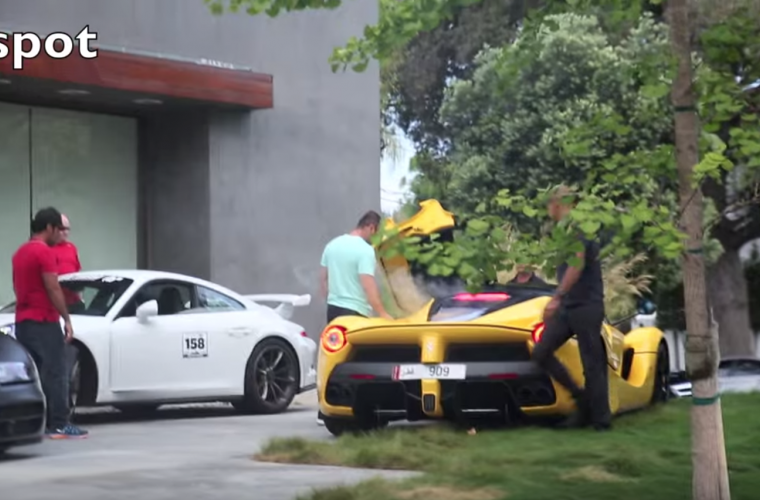 Making the rounds on the internet are a couple of videos showing a yellow LaFerrari and a Porsche GT3 disturbing a local neighborhood by driving recklessly. The videos have surpassed 1 million views in total in the few days that it has gone up.

Extra disappointing is the fact that it Qatari license plates can be seen on the car. According to a write up on popular Motor blog, Jalopnik, the individual in the car claimed diplomatic immunity and had even threatened some people who had approached him. Article here: http://jalopnik.com/laferrari-asshat-who-terrorized-a-beverly-hills-neighbo-1730757102

Some commenters discussed the anger they felt due to the disrespectful individuals, while others cringed as they heard the valuable LaFerrari (USD 2 Million dollars) bump and scrape on the road before it eventually ended up smoking from the engine.

Why're we talking about this? Because this person does not represent the majority of Qataris. Sadly it only takes one person to ruin the image of a nation. Even if this happened in Qatar, it would be unacceptable.

What do you think about this?