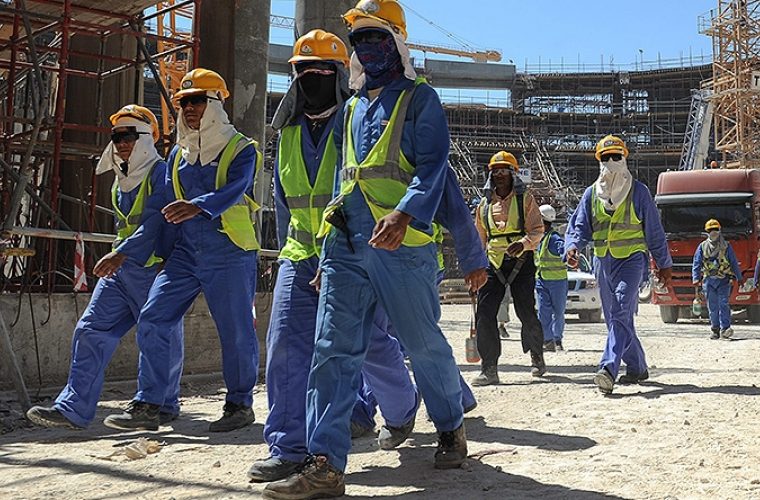 The Indian embassy in Doha has termed as “inappropriate” the use of the number of deaths of Indians in Qatar in a “distorted manner” by a section of the international media and trade union activists.

Given the size of the Indian community, which is the largest in Qatar, the death figures are quite normal and the causes of most of the deaths are natural, a statement issued by the mission said yesterday.

The embassy said the Qatar government “continues to take several measures to further improve the living and working conditions of workers, and for further strengthening administrative, legal and other mechanisms to safeguard workers’ interests. We appreciate these measures being taken by Qatari authorities”.

The embassy said that India and Qatar had historically enjoyed “close and friendly” relations.

“Indian nationals comprise the largest expatriate community in Qatar. We have a large, diverse, accomplished and highly-regarded community.

“The Indian government and its diplomatic missions accord utmost priority to the welfare of Indian nationals abroad. The embassy has a regular, active and broad-based outreach to the Indian community in Qatar. We are grateful for the co-operation and support of the authorities concerned in Qatar in ensuring the welfare of Indian nationals and in following up their problems/cases.

“These issues are also discussed at the Joint Working Group (JWG) on Human Resources between the two governments. Both sides had cordial and productive discussions at the last meeting of this JWG held in New Delhi on October 30-31, 2013, at which Qatar’s delegation was led by HE Hussain al-Mulla, Undersecretary in the Ministry of Labour and Social Affairs.”

Referring to various measures taken by the embassy to reach out to the Indian community in a broad-based manner and to actively follow up their problems, the statement highlighted the monthly Open House, which addresses any urgent consular and labour issues of visitors to the forum.

“In response to requests from media and other quarters, information on the total number of complaints, deaths registered with the embassy, and Indians in Deportation Centre and Central Jail, etc. is given as a press release and posted on embassy’s website (www.indianembassyqatar.org) after the Open House.