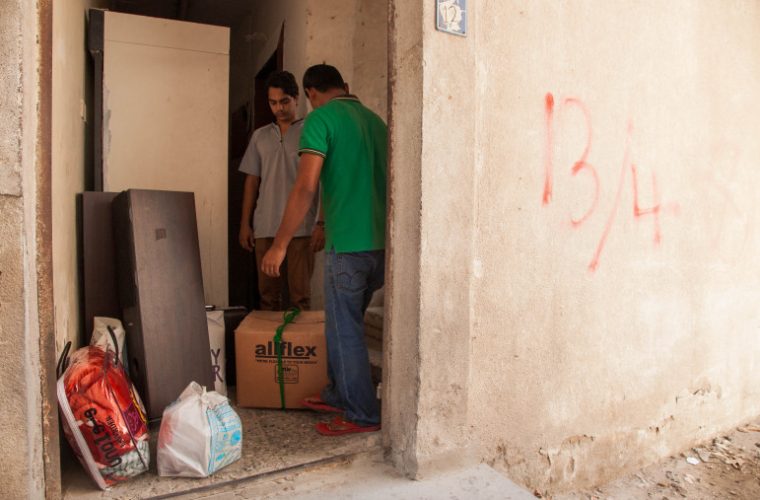 A month after hundreds of Qatar residents were forcibly evicted from their homes in downtown Musheireb, a local community group has been raising money to help the men afford new lodgings.

However, the money has helped pay a month’s rent for seven men who have relocated next to the Mercure Grand Hotel Doha City Center.

They and several others were told to leave their homes during Ramadan, as the Musheireb area – formerly a haven for male expats on fixed incomes – becomes remade into a more upscale part of town.

In an email to Doha News, Ramy Khalaf, an ILQ team member, said the goal of the fundraising campaign is to alleviate some of the stress that many of the men have felt after suddenly losing their living spaces.

Many of these expats have not been successful in finding new homes due to the high cost of rent outside of the Musheireb area.

Speaking to Doha News by phone, Badruddin, a 31-year-old Nepali salesman who works for Amir Perfumes, and one of the seven men helped by ILQ’s donation drive, said:

“Most of the people still haven’t found accommodations. They’re living with relatives or friends, paying minimal rent in gratitude for having a place to stay.”