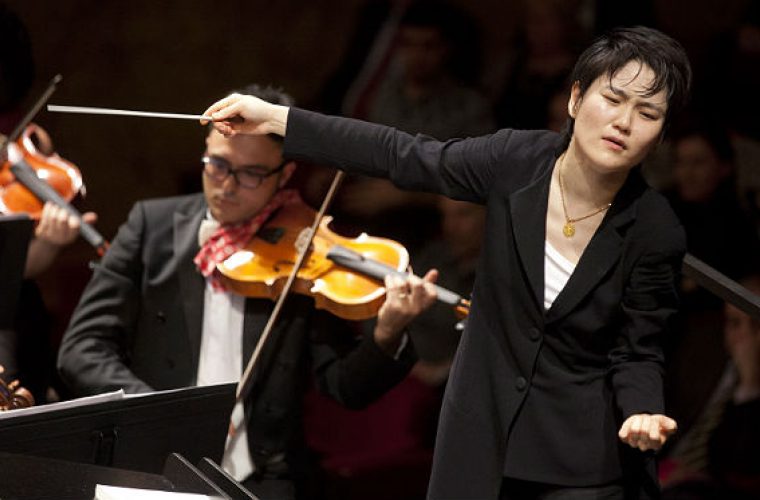 Conductor Han-Na Chang has resigned from her position as music director of the Qatar Philharmonic Orchestra the day after the orchestra’s Proms debut, citing ‘persistent administrative difficulties and irreconcilable artistic differences with the management’.

The orchestra is scheduled to perform at the Accademia Nazionale di Santa Cecilia in Rome on 9 September. Chang withdrew from this particular performance on official advice, a statement said, and the orchestra has confirmed that she will be replaced in Rome by Russian conductor Dmitrij Kitajenko.

Chang’s statement reads: ‘Due to persistent administrative difficulties and irreconcilable artistic differences with the management of the Qatar Philharmonic Orchestra, I have given notice of my resignation as music director, effective today, 8 September.

‘Because of unexpected visa complications and on the advice of the Italian Embassy in London, to my regret I am legally unable to perform with the Qatar Philharmonic Orchestra in Rome on Tuesday 9 September and I have withdrawn from all subsequent performances with the QPO.

‘It is a very sad day for me. Just over a year ago I was honoured to take up this position. At that time I made clear my belief that the Qatar Philharmonic Orchestra could become an international ensemble of excellence and I have had the privilege of seeing that belief vindicated through the skill, hard work and commitment of this wonderful group of players, culminating in the orchestra’s debut at the Proms yesterday.

‘I send my deepest thanks to everyone involved for what we have achieved together and I wish the Qatar Philharmonic Orchestra all the very best for its future.’

Chang took up the position of music director in September 2013. She is principal guest conductor of the Trondheim Symphony Orchestra and artistic director of the Absolute Classic festival in South Korea.

She told CM in an interview earlier this summer that ‘the woman conductor question’ had rarely been an issue in Qatar.

‘Still, I try not to be a woman conductor, but a good conductor, with honesty and sincerity in my interpretations that I can share with the musicians.

‘People often think of a conductor as dominant and controlling, but I don’t see it that way. My view is that you are there to help the musicians to give the best possible performance in the easiest possible way. The conductor is there to serve the musicians.’